CHICAGO — CTA bus workers are taking a stand against the portable bathrooms they're forced to use on the job, which they describe as "unsanitary, unsafe and degrading."

The port-a-potties are so bad that some workers don't stop to relieve themselves, and others have resorted to wearing diapers to avoid them, according to Tommy Sams, president of ATU Local 241, which represents more than 6,000 bus drivers, mechanics, maintenance workers and CTA office staff.

It's especially disconcerting given that the majority of bus drivers are women, who are more likely to suffer from health problems due to lack of bathroom access and poor conditions, the union said.

“The current portable bathrooms the CTA bought are the bottom-dollar model, they don’t even have running water or heat, and often the hand sanitizer is empty or broken. This is an absolute disrespect to the workers who move nearly 1 million Chicagoans every day," Sams said.

There are more than a dozen portable bathrooms available for bus operators, mechanics and other CTA bus staff to use at bus turnarounds or in parks. Many of them are situated in "dangerous locations" on the South Side, the union said.

In a prepared statement, Franklin, who represents CTA train workers, lent his support to the cause.

“Transit workers are one the most likely groups of workers to be affected by restroom access. The CTA answers this by absolutely disrespecting us. My sisters and brothers who operate our buses deserve better," Franklin said.

At the news conference, the union will demand the CTA find a "better solution, one that doesn't disrespect the workers."

In response, CTA officials said port-a-potties aren't the only bathrooms available to bus drivers and other CTA employees — they are merely supplementary.

According to officials, there are permanent bathrooms along each driver's route. Drivers and other CTA employees can also stop and use facilities at local businesses or rail stations, officials said.

The CTA defended use of the port-a-potties, saying they are "the same type found in myriad outdoor settings, including construction sites, park facilities and outdoor festivals."

"About 20 of the more than 100 restroom facilities are portable facilities, which are cleaned and serviced multiple times each week," a prepared statement reads. 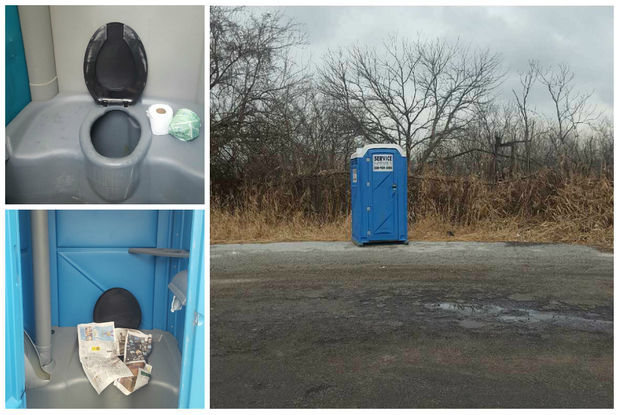