Baker Miller Hid A Secret In Plain Sight; Kendall Jenner Led Us To It

LINCOLN SQUARE —  Baker Miller opened in 2014, and owners Dave and Meghan Miller have been waiting ever since for someone to crack the code to a puzzle the two hid in plain sight.

Of all people, Kendall Jenner, aka the Kardashian sibling with an honest-to-God job, provided the key to the bakery's enigma.

In a blog post picked up by media outlets, including Elle magazine and the Daily Mail, Jenner wrote:

"I decided to paint [my living room wall] pink because while I was trying to figure out what I wanted to do with the room, I went to dinner with friends and they had just gone to the 'Human Condition' exhibition at a former hospital in LA.

"They were telling me there's a pink room at the exhibit that had an explanation of the color choice: Baker-Miller Pink is the only color scientifically proven to calm you AND suppress your appetite. I was like, 'I NEED this color in my house!' I then found someone to paint the room and now I'm loving it!"

And yes, the Millers knew that. And yes, they've purposely incorporated a variation of the tint into everything from the bakery's signs to the food they serve.

Back when the couple was researching names for the bakery, the two came across the story of Baker-Miller pink, which is the result of mixing a gallon of pure white indoor latex paint with one pint of red semi-gloss outdoor paint.

Psychologist Alexander Schauss conducted extensive studies in the 1970s on the hot pink color's effect on mood and behavior and discovered it had the ability to reduce stress and aggression. (It's famously been used in prisons, and football coaches have sneakily painted their stadiums' opposing team locker rooms Baker-Miller pink.)

The Millers initially intended to go all-in on Baker-Miller pink — named for the directors of a correctional facility where Schauss tested his theories — when decorating Baker Miller.

The couple loved the connection to the bakery's name and the color's supposed relaxing properties. It also managed to check off a pair of the Millers' boxes — pink, which Meghan loves, but not the typical pastel version that's become a bakery cliche, Dave Miller said.

"We were going to do a whole wall that was [Baker-Miller] pink," Miller said. "Then we ran into that appetite suppression thing."

"We do a lot of research when it comes to color," he said. "Color is so important when you try to create an iconic brand. To do that ... you have to think through every detail. You take it a step deeper."

Miller deploys the pink as an accent, typically in high contrast situations, but also "anywhere I can sneak it in," he said. "Some of it's subliminal. You would never know it, but it's there."

A hot pink toddler booster seat is among Miller's wilier uses of the color, but his stealthiest deployment can be found on Baker-Miller's menu.

"Our avocado toast is our most quintessential dish, so we had to make it pink," he said.

"I felt so proud of that," Miller said.

"I actually think Baker-Miller Pink is ugly," Miller said. "It's a little too Pepto." 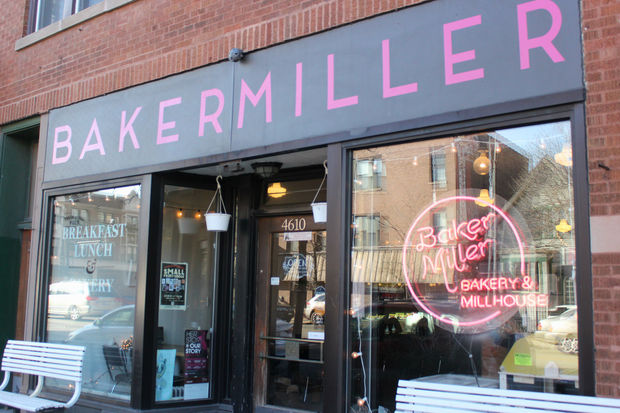 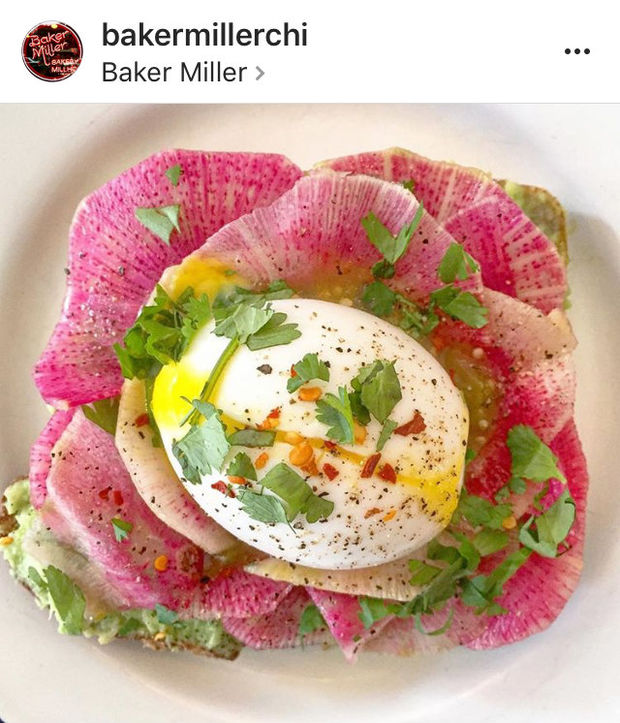 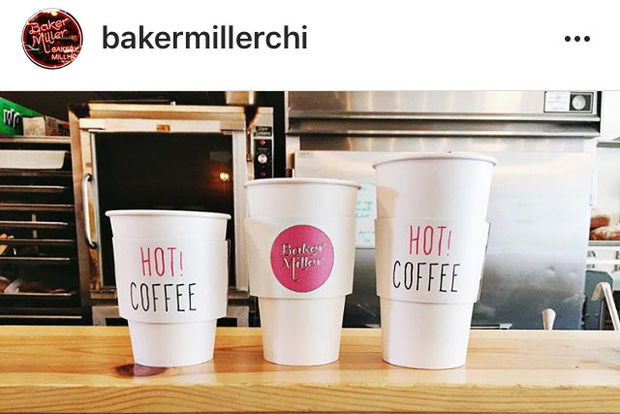 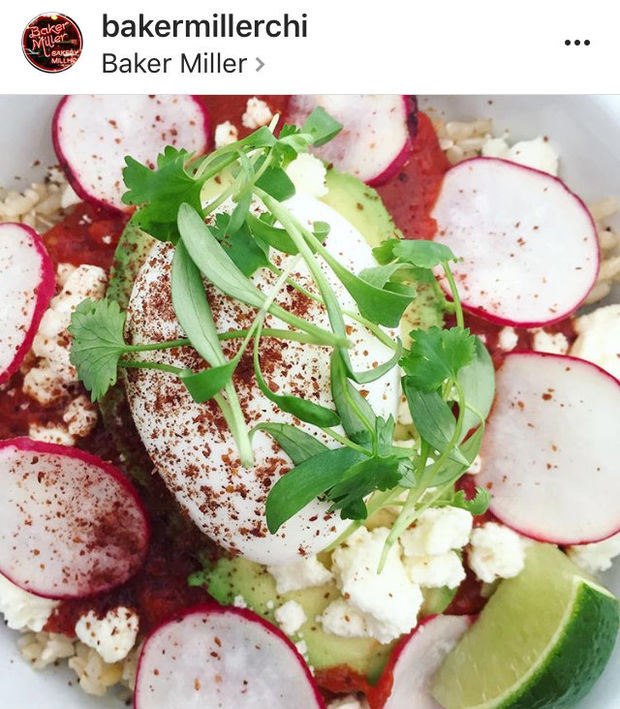 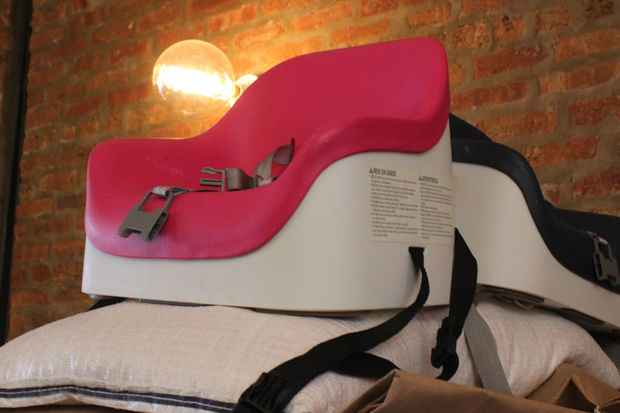 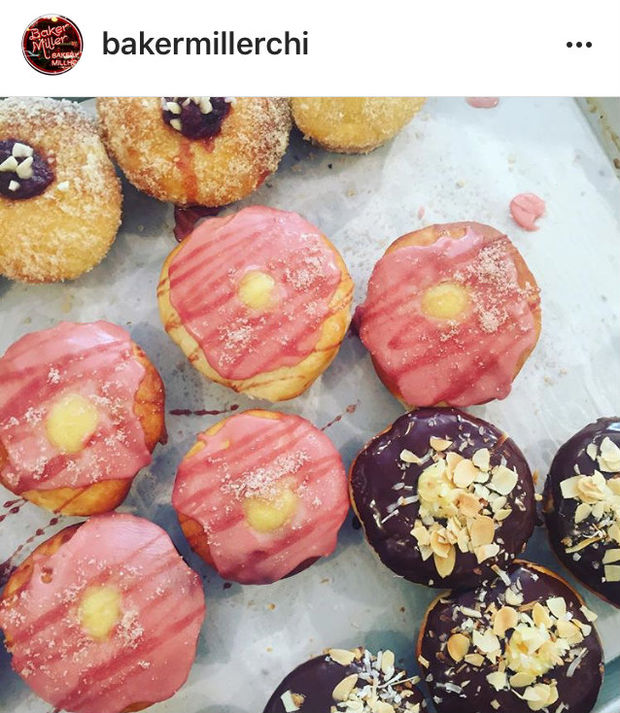 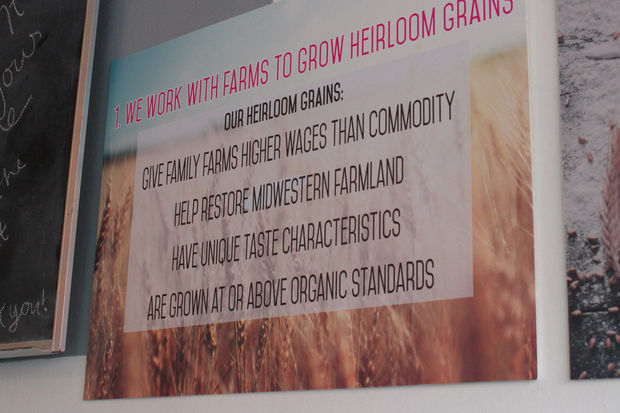 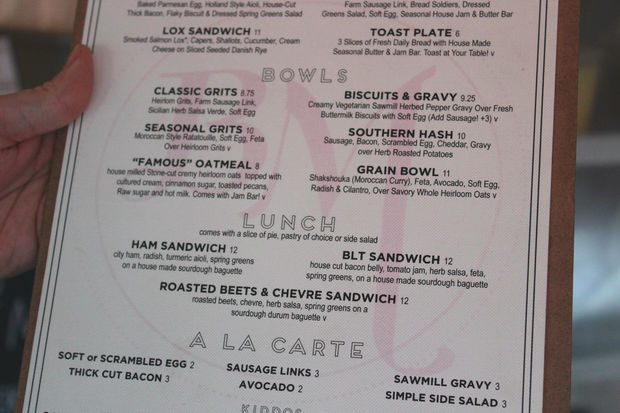 Pink is on the menu and in the menu items. [DNAinfo/Patty Wetli] 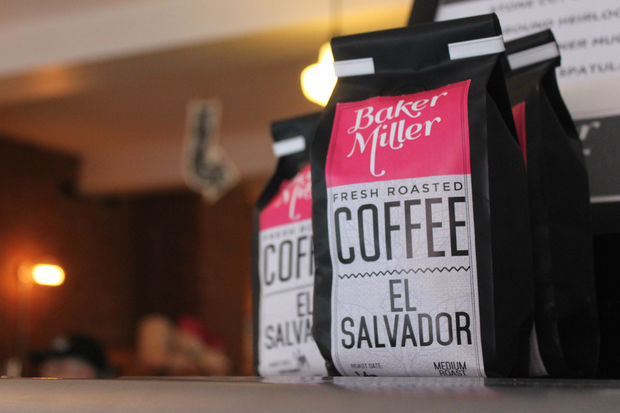 Who Is The Guy In The Pink Hat Behind Home Plate At Wrigley Field?