LINCOLN SQUARE — Friends, family and co-workers are still in shock following Saturday's death of postal carrier Passion Thomas Overstreet, 28, who was killed on the job in a freak accident at a Bowmanville car wash.

"It's hard to believe, that's all I can say. Every time I talk about it, I start crying," said Emma Thomas, Overstreet's mother.

Born and raised on the South Side, Overstreet graduated from Chicago Vocational Career Academy and attended the University of Illinois-Chicago before graduating in 2014 from Troy University, according to her friend LaTorrie Davis.

"She was a positive, vibrant individual. Always, always smiling," said Davis, who was devastated by Overstreet's sudden death.

Overstreet began working at the Ravenswood Post Office, 2522 W. Lawrence Ave., in May 2016, according to postal staff.

She was on her route Saturday morning when the accident occurred at Super Car Wash, 5450 N. Damen Ave. 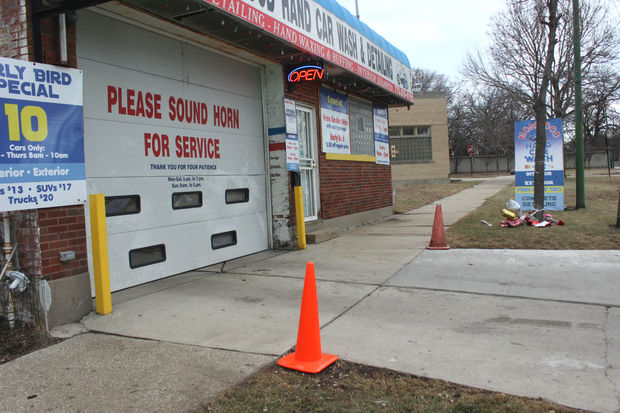 Passion Ovverstreet was on the job Saturday, walking her route on this sidewalk, when a car in the driveway, waiting for the overhead door to open, accidentally lurched forward. [DNAinfo/Patty Wetli]

Video surveillance footage, which owner Baito Chikko played for DNAinfo, showed an auto in the car wash's driveway, waiting for the overhead door to open.

First, a pedestrian and a dog walk by on the sidewalk, between the car and the car wash. Then Overstreet approaches, pushing her mail cart, and the car suddenly lurches forward, hitting and pinning her to the car wash door.

"It was just an accident," Chikko said.

The driver, a 56-year-old man, remained on the scene and was cited for failure to yield to a pedestrian, police said.

Overstreet leaves behind two young children, a daughter and son.

"They have a lot of support," Davis said.

Post offices across the city are collecting donations from workers for Overstreet's family, but no public fundraising site has been created. 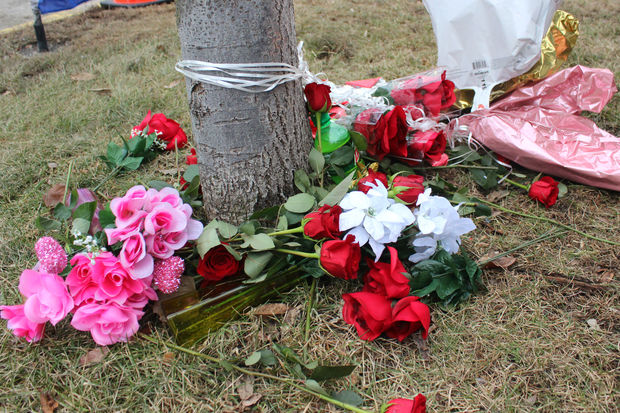 A small memorial has sprung up outside the car wash where postal carrier Passion Thomas Overstreet was killed in a freak accident Saturday morning. [DNAinfo/Patty Wetli]

Chicago's Most Dangerous Blocks: 'Kids Are Shooting In The Streets'