The much maligned diverter pilot — which forced through-traffic off of Manor Avenue at Wilson Avenue and prohibited cars on Wilson from turning onto Manor — ran from Sept. 19 through Oct. 28.

The diverter was proposed as a way to make Manor Avenue safer for pedestrians and cyclists, particularly with Manor designated as a riverfront bike path connector between Horner Park at the south end and Ronan Park at the north.

Mell cut the test short by more than two weeks in the face of sustained opposition from neighbors.

Many of those same critics turned up at Thursday's meeting of the ward's Transportation Action Committee, where the transportation department revealed the results of two rounds of data collection conducted during the trial. (See data slides below.)

The numbers, drawn from mechanical and physical counts performed at 14 locations, indicated the diverter reduced the amount of cars on Manor Avenue during its peak usage hour by 30 percent on the stretch between Lawrence and Wilson and by 60 percent between Wilson and Montrose, according to David Smith, project manager with T. Y. Lin, which consulted on the diverter.

"So where did that traffic go? That's part of piecing this puzzle together," Smith said.

Some of the cars, the data showed, shifted to Sacramento and Francisco, though not as many as the city initially projected, he said.

On the other hand, Rockwell Street, on the east side of the Chicago River, experienced an increase in traffic that caught planners by surprise.

Traffic cutting through alleys also jumped significantly in some instances.

Neighbors disputed many of the numbers presented, saying the data didn't match their personal experiences of significant traffic back-ups, particularly on Wilson and Francisco, during the trial.

Still, the data "will be very useful for future discussions about Manor," Smith said. "Having this information is positive for guiding future conversations."

At the mention of "future discussions" neighbors demanded to know whether Mell was considering reviving the diverter at some later date.

"You can have a funeral for the diverter," she said. 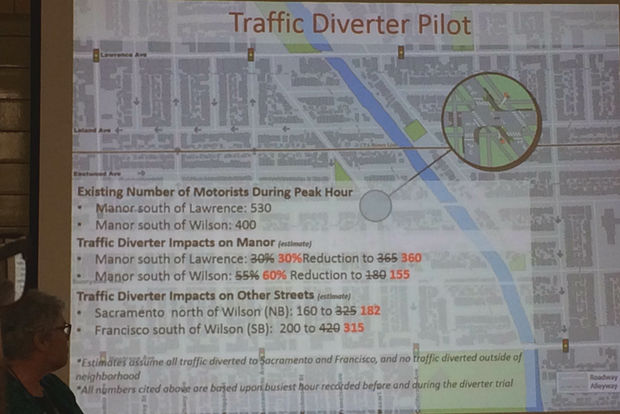 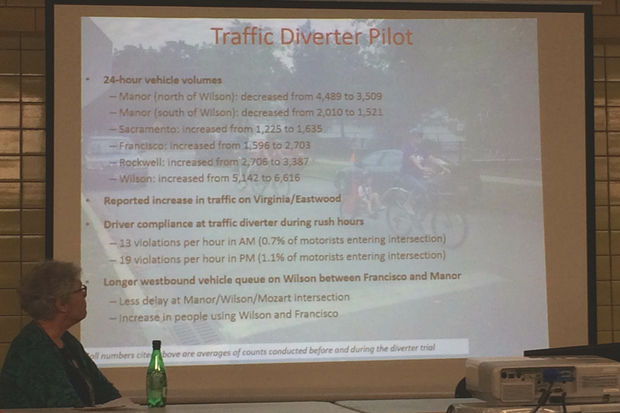 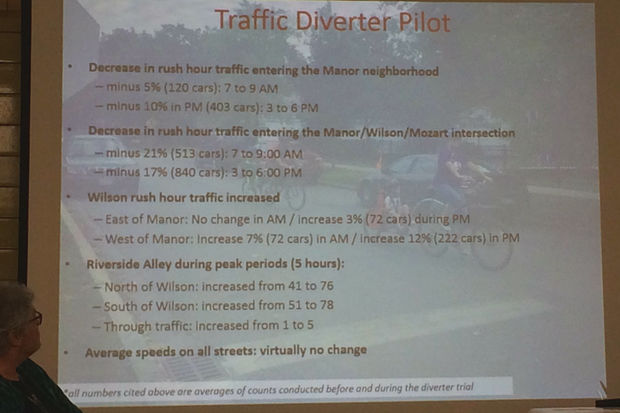 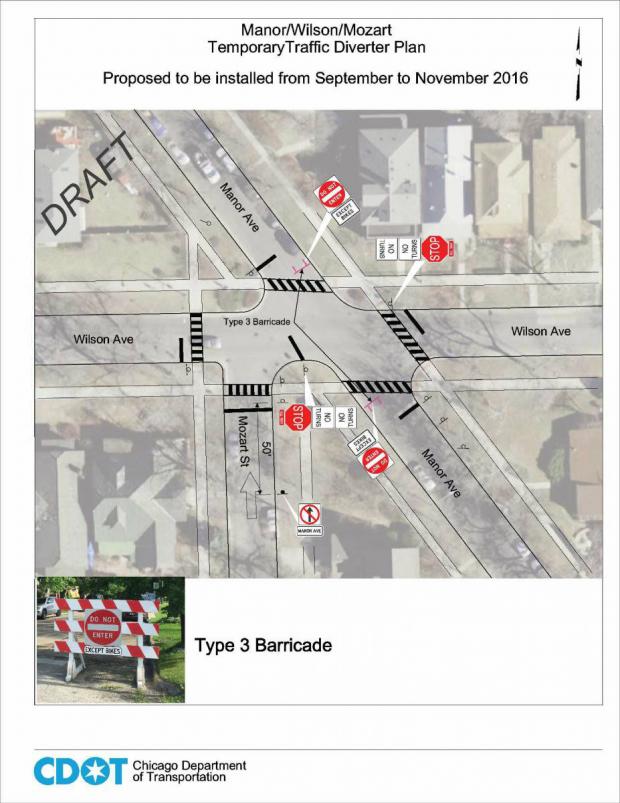