Refugee Sponsors Devastated As Syrian Families Banned: 'They Were So Close'

LINCOLN SQUARE — The apartment was rented and furnished, the pantry stocked, the "Welcome" signs made to greet the young family of Syrian refugees at the airport — a mom, dad and their 16-month-old daughter.

The flight was scheduled to arrive at O'Hare International Airport at 9:50 p.m. on Monday.

"They were so close," said Alisa Wartick, the Lincoln Square resident who led a group of nearly 40 neighbors involved in sponsoring the refugees.

Wartick learned Friday night that the family, despite having obtained visas, were among those banned from entering the U.S. under an executive order signed by President Donald Trump. Not temporarily delayed, but, as Syrians, banned indefinitely.

"We knew this executive order was set to be signed ... they changed the wording at the last minute ... we were hoping they would still be able to come," said Wartick. 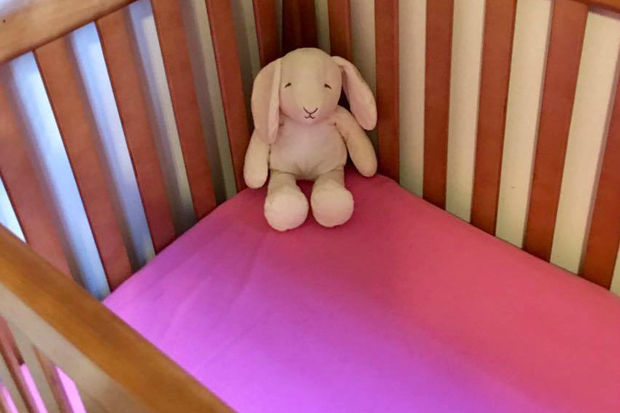 An empty crib, set up for a Syrian infant now banned from entering the U.S. [Facebook]

The fate of a Syrian family similarly sponsored by North Center's Epiphany United Church of Christ also hangs in the balance.

Just two weeks ago on Martin Luther King Day, children in the Common Kids program came together to put together a welcome book for the family.

The mother, father and their 17- and 9-year-old sons have been living in a refugee camp in Turkey for the past few years and were set to arrive in Chicago Feb. 6.

The church's "refugee care team" was cheered by Saturday night's court order that halted the detention of those who were in transit when the order was signed, but what that means for the church-sponsored family is unclear, according to Epiphany Pastor Kevin McLemore.

"With the court's stay of the ban, I don't quite know at this point," McLemore told DNAinfo via email. "They have a valid visa, etc., but I am not sure the stay covers those who are not actually in transit."

For Wartick, it was the specter of a ban on Muslims and refugees, raised during the presidential campaign, that spurred her into action the day after Trump was elected.

"I decided I wanted to do something to help a group I thought would be adversely affected," she said, adding that she has no previous connection to refugees other than "the history that every American family has, that their family came here from somewhere else."

She shared the information on a Lincoln Square moms Facebook page to see if anyone would be interested in joining the program with her, and 37 people ultimately responded.

"I was hoping for eight to 10 people — I was overwhelmed," Wartick said.

In November, the group began raising funds and collecting clothing and toys for a to-be-determined family, learning in early January of the particular mom, dad and infant, also in a camp in Turkey, their efforts would support — he's an accountant, she holds a literature degree.

"They came from Aleppo in 2013. They were a middle class family, they had a good life there ... to leave a good life, it has to be a really terrible," said Wartick. "I think about what they were leaving — bombs and terrorists. They're Muslims but they're not extremists. They left because they don't agree with radical terrorists."

The couple's daughter was born in the refugee camp.

"What kind of life is that?" Wartick asked.

"Most of us are moms with young children. For me, I was thinking of myself and my family, how excited I would be, how great this would be" to be headed for the U.S., she said. "We were planning play dates with our kids."

The wife's family — her parents, brother and sisters — had been resettled in Skokie in October and everyone was to be reunited Monday.

"Her mom was hoping to see her daughter and granddaughter, they were so excited," Wartick said. "I just felt so devastated for them."

Emily Sherrer, a member of the sponsoring group, shared the disappointing news on Facebook, posting a photo of the child's empty crib:

"This family will remain divided. A mother and father will have to continue to despair over their daughter, son in-law and grandchild who are stuck in a refugee camp halfway across the world with no end in sight. I cannot fathom their brokenhearted disappointment. My heart also aches for the young couple caring for their baby in such precarious circumstances, with no chance of being reunited with their family."

The sponsorship groups continue to hope that the ban on Syrians will be overturned and declared illegal by the courts.

In the meantime, the Lincoln Square team is investigating what else they can do to help their family in Turkey, whether send care packages or some other form of assistance.

"This executive order does not reflect the wishes of a lot of people," Wartick said.