DOWNTOWN — Ald. Deb Mell (33rd) stole the spotlight for a moment during the Women's March in Chicago on Saturday.

An estimated 250,000 people went to the Downtown rally and march, far exceeding the organizers' expectations. Among them was Mell, who was called to the stage along with a line of other politicians.

Most just walked by and waved, but Mell instead spun her girlfriend around and kissed her, leading to loud cheers from the crowd. The two raised their arms as the clapping continued.

Mell is the first lesbian to serve on Chicago's City Council and has been an advocate for equal rights for LGBTQ people. The Women's March on Chicago was held to support not just women but other minority groups who had come under fire in recent months, including queer people. 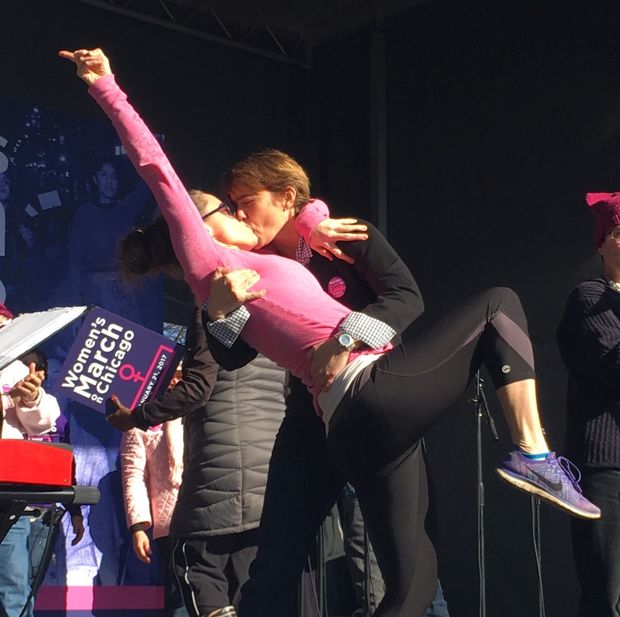