Did Having A Chicagoan In The White House Help Chicago?

CHICAGO — U.S. Rep Mike Quigley had a simple message from Chicago for Barack Obama as he greeted the president at one of the administration's last White House holiday parties:

"We miss you already."

As Obama prepares to return to his adopted hometown to deliver his farewell address Tuesday at McCormick Place, his two terms in office put the city in the nation's spotlight — and sometimes the cross hairs of his political opponents.

He was the White Sox cap-wearing, hometown booster.

"Let me tell you something: I'm from Chicago. I don't break," the former community activist and Illinois legislator once famously said while under fire for his signature effort, the Affordable Care Act, otherwise known as Obamacare.

But Obama also had to face criticism of previous relationships with such local, polarizing figures as the Revs. Michael Pfleger and Jeremiah Wright and battle the Chicago reputation that pols here are, by nature, crooks.

Obama's physical presence here was limited: though he continues to own a Kenwood home, Chicago did not become the Midwestern White House as some had hope and expected: he returned 19 times, the longest for only a few days.

In the end, allies and observers here say, Obama's biggest contribution to the city that helped launch his public persona was his efforts reshaping Chicago's transportation system. Under the Obama administration, nearly $2 billion in federal money has been devoted to programs designed make it safer for pedestrians and bicyclists to get around the city.

On the politics front, he helped boost his former chief-of-staff Rahm Emanuel into the mayor’s fifth-floor office at City Hall.

Obama's most far-reaching legacy in Chicago will be his commitment to funding transportation projects that are designed to help people get around the city without getting in a car and hitting the road.

Obama's parting gift of a $1 billion grant to the CTA to cover half the cost of renovating the Red and Purple CTA train lines cements his legacy as an advocate for efforts to make it safer and more convenient for people to bike, walk and ride public transportation around the city, said Kyle Whitehead, the government relations director for the Active Transportation Alliance.

“The Obama Administration deserves credit for delivering billions of dollars in federal funding for critical transportation projects in the region," Whitehead said.

While appearing on a panel sponsored by Ford and The New York Times in Detroit on Monday, Emanuel touted his administration's commitment to encouraging people to ditch their cars and take the CTA or hop on one of Divvy's ubiquitous sky-blue bicycles available as part of the bike sharing program — all programs made possible by the Obama Administration.

Those programs — along with the city's newly installed 150 miles of protected bicycle lanes — have attracted thousands of jobs to Chicago, and set the city on firmer economic ground after the Great Recession, Emanuel said.

Those arguments are expected to make up the core of Emanuel's bid for a third term as mayor, which he could launch as early as this summer.

That hometown advantage was also on display when Obama came home to declare the far South Side Pullman neighborhood, which was built by railroad baron George Pullman for his workers in the 1880s, a national monument, giving the area a pipeline to federal funds and sparking local improvements. Obama described working in the area as a community organizer as the place where "I became a man."

But Chicago's hometown advantage was a double-edged sword, said Illinois Sen. Dick Durbin, who relished finding Chicagoans at work in agencies across the federal government eager to help their hometown flourish.

"It cut both ways," Durbin said. "When competing for grants, Chicago's applications had to be overwhelmingly better to counter any charges of favoritism."

A Chicagoan In The White House

Quigley said his admiration for Obama goes beyond the personal relationship he has with the soon-to-be-former president — and the fond memories of the six trips he took on Air Force One at Obama's invitation.

"I would feel the same way if he wasn't from Chicago," said Quigley, who was elected to represent Illinois' 5th District after Emanuel resigned from Congress to be Obama's first chief of staff, setting off a cascade of political dominos still ricocheting more than eight years later. 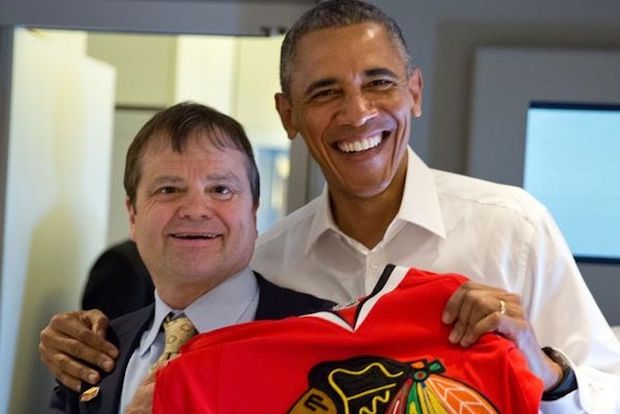 "He has been the most progressive president in my lifetime," Quigley said. "He has been 'No Drama Obama,' with two corruption-free terms in office. He has been calm and resolute every time he was tested."

During Obama's two campaigns for the White House in 2008, both of his opponents put the city's decades-long record of corruption and election fraud center stage.

Durbin and many of Obama's closest allies maintain as the president's term comes to an end that the administration was marked by a lack of scandal over the last eight years in Washington. "Nothing short of amazing," is how Durbin put it, though conservatives, such as the Weekly Standard, argue questions around Benghazi, Operation Fast and Furious and the spying on Associated Press journalists counter that claim. 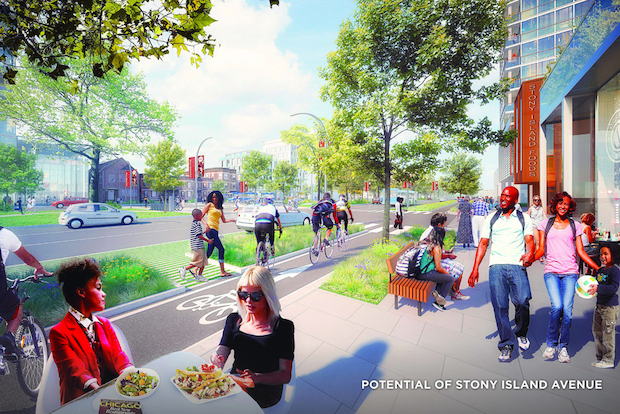 A rendering shows how Stony Island could be transformed by the Obama presidential library. [University of Chicago]

Obama Library Promises To Reshape the South Side

Beyond Obama's intangible legacy marking Chicago as the home of the nation's first African-American president, his most concentrated impact on Chicago will be his presidential library, set to be built in Jackson Park.

Marty Nesbitt, the chairman of the board of the Obama Foundation, said the president picked Jackson Park instead of Washington Park in an effort to have the biggest impact as possible on the South Side.

After the library — to be designed by New York-based firm Tod Williams Billie Tsien Architects — opens in 2021, it is expected to spur $220 million in economic activity and draw visitors from across the globe.

During the Pullman announcement last year, the president used the event to tout Emanuel for re-election, saying, "Before Rahm was a big-shot mayor, he was an essential part of my team at the White House during some very hard times for America and I relied on his judgment every day, and his smarts every day, and his toughness every day."

Amid Emanuel's falling approval rates among African-American voters in the city, he made a radio ad for his old Chicago comrade, acknowledging that the sometimes abrasive mayor "can be a little hardheaded."

"But there's a reason Rahm fights as hard as he does. He loves our city," said the president.

The black vote was credited by many for Emanuel's re-election.