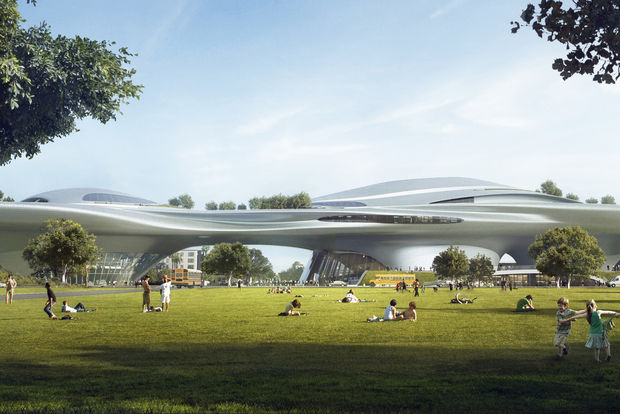 CHICAGO — The George Lucas Museum of Narrative Art will be built in a Los Angeles park, the filmmaker announced Tuesday.

The filmmaker’s collection of art, including items from the “Star Wars” franchise, will be showcased in a $1 billion museum in Los Angeles' Exposition Park, which is already home to other museums and is not far from the campus of the University of Southern California, Lucas's alma mater.

Lucas and his wife, Melody Hobson — a native Chicagoan — chose Los Angeles over San Francisco for the museum after dropping plans to build it on Chicago's Lakefront in the face of unrelenting opposition from the Friends of the Parks.

That decision was a blow to Mayor Rahm Emanuel, who worked for nearly two years to land the museum, which he said would attract droves of tourists determined to glimpse the Millennium Falcon in person.