Chicago Puppeteer Wants To Turn Your Garbage Into Props

By Justin Breen |&nbspDecember 29, 2016 5:53am
@dnainfo_breen
Twitter Facebook Email More
Chicago's Allyson Gonzalez with some of her puppets that she made.
View Full Caption
Allyson Gonzalez

Gonzalez, a Ravenswood resident and a Columbia College Chicago graduate, is a puppeteer who makes most of her creations out of shipping boxes, newspaper and other things you can throw in a dumpster or recycling bin.

With trash, "I see the propensity for artwork," Gonzalez said. "I feel guilty trying to get rid of it."

The 30-year-old has been puppeteering for four years and will perform at the upcoming Chicago International Puppet Theater Festival at the Fine Arts Building, 401 S. Michigan Ave., and a few other Chicago locations.

Gonzalez has a degree in theater directing from Columbia College and said working with puppets was her answer to "being more engaged in the theater-making process." For her shows, she writes the scripts, designs the puppets and their costumes and does the puppets' voices.

"For me, Allyson's work is brimming with a playful whimsy that always makes me smile," said Myra Su, a puppeteer from Hyde Park. "But she also has pieces that possess a quiet elegance. Many of her puppets and masks have unique character designs that are achieved through her clever application of felting techniques. Her work is downright fun and I look forward to seeing more from her." 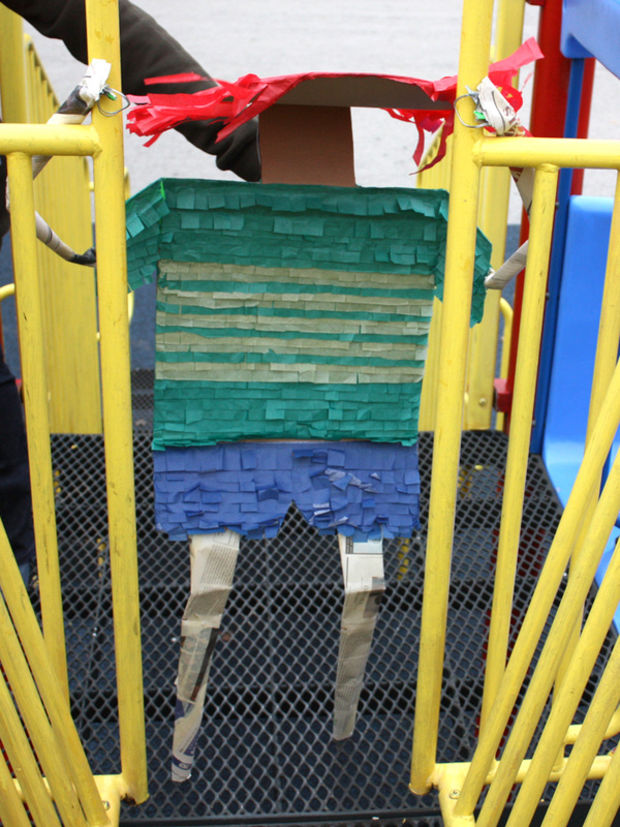 Pedro the puppet, which was eventually recycled. [Allyson Gonzalez]

Gonzalez, a Northwest Indiana native, has about 10 puppets in her Ravenswood home, and usually recycles the ones that have run their course. That includes Pedro, a 3-foot-tall puppet that was the largest one she created.

"You can make a puppet out of anything," she said.

"The Princess and the Prick" from Michael Heffler on Vimeo.