Far Northwest Side Year In Review: The Biggest Stories Of 2016

By Alex Nitkin |&nbspDecember 29, 2016 5:57am | Updated on December 30, 2016 10:18am
@alexnitkin
Twitter Facebook Email More
From theater drama to traffic safety to marijuana sales, the Far Northwest Side had a tumultuous year.
View Full Caption
DNAinfo

FAR NORTHWEST SIDE — In 12 months marked by explosive violence, boundless construction and political upheaval, the city's far reaches felt both the horror and the promise of Chicago in 2016.

From jet noise and traffic safety to theater drama and marijuana sales, the Far Northwest Side had an eventful and often unpredictable year.

Here are some of the most notable moments: 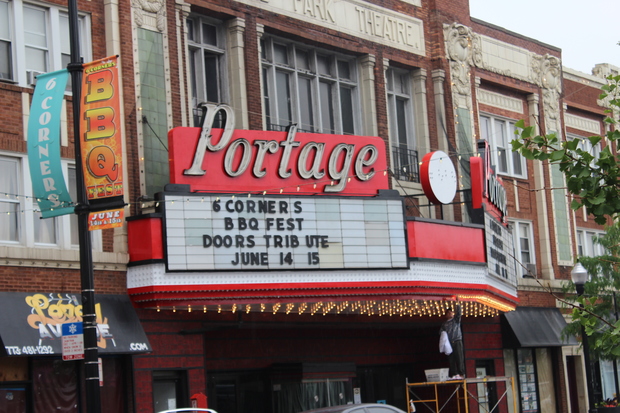 Last year ended with the unexpected news that former Congress Theater and Portage Theater owner Eddie Carranza would buy the Patio Theater, 6008 W. Irving Park Road, vowing to keep the lights on after its previous owners said they could no longer operate it.

After a prolonged push-and-pull during the spring, Ald. Nicholas Sposato (38th) agreed to help Carranza and theater manager Charlie Burns pursue a liquor license, scoring the certification by the end of August.

By December, the theater was still being used mostly for small community events and classic movie screenings, leaving some neighbors restless for more programming. But Burns says the theater is being renovated to serve beer and cocktails, which will help it attract music and comedy acts next year.

Meanwhile, the operators of Portage Theater, 4050 N. Milwaukee Ave., learned they were getting a new roommate when the owners of Fischman's Liquors unveiled plans to open a restaurant in the same building. Neighbors were dismayed in May to learn that Fischman's was vacating its longtime home in the heart of Jefferson Park, but many were happy to see it find new life just a mile down the road, in Six Corners.

Fischman's Public House is aiming for a grand opening in Summer 2017. 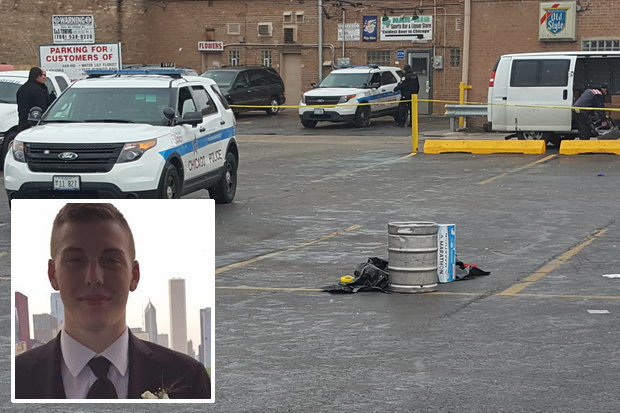 Shockwaves rippled through Norwood Park, a notoriously low-crime neighborhood, when a teenage boy was found shot to death in the parking lot of Taco Burrito King, 5509 N. Harlem Ave., in April. The shock turned to grief when authorities identified the teen as Anthony Heatherly, 17, a former student at Taft High School.

Prosecutors later charged Tramian Barnes, 21, in Heatherly's murder, saying the teen had been trying to sell marijuana to Barnes and another man when Barnes shot him in his chest and drove away. Barnes had been free on bond from a previous murder, committed in Portage Park in 2014, when he shot Heatherly.

Heatherly played for Taft's football and basketball teams, friends said. A teacher remembered him as "bright and funny and capable."

Heatherly's murder was Norwood Park's first fatal shooting since at least 2010, according to DNAinfo records. 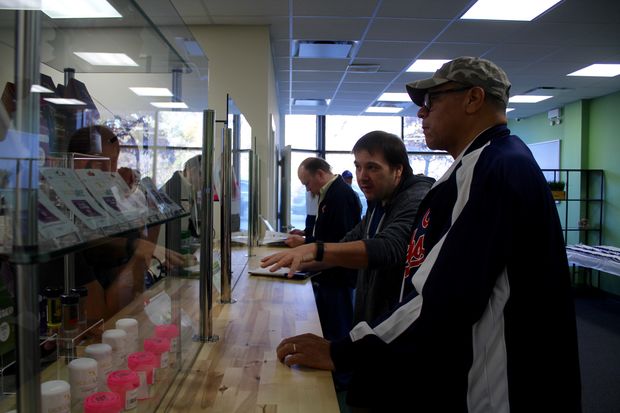 The state Legislature voted to legalize the sale of medical marijuana back in 2013, but 2016 was a landmark year for the city's medical pot industry, with two separate dispensaries opening on the Far Northwest Side alone.

First, in August, Columbia Care dispensary opened at 4758 N. Milwaukee Ave. in Jefferson Park, with CEO Nicholas Vita promising that the office wouldn't "provide anyone with anything more than a big yawn."

Then it was Union Group of Illinois's turn, launching its Norwood Park outpost at the corner of Milwaukee Avenue and Devon Avenue in early November.

Ald. Anthony Napolitano (41st) had resisted the dispensary, and he didn't hide his frustration when the city's Zoning Board of Appeals approved its proposal in January over his opposition. But now that the shop is open, the alderman is lending cautious support, according to his chief of staff, Chris Vittorio. 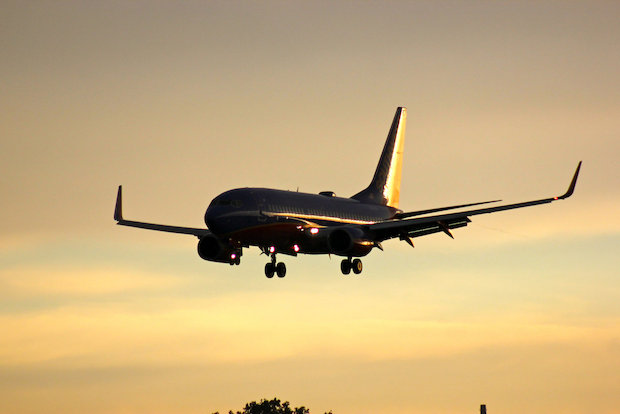 City residents lodged more than a million complaints over jet noise in 2016, and the anti-noise Fair Allocation in Runways coalition grew its membership beyond 3,000 members. Although the airport's modernization plan is plowing ahead with plans to open yet another east-west runway in 2020, the coalition landed two meaningful victories this year.

First, the aviation officials launched a six-month test run of the Fly Quiet runway rotation program in July, alternating overnight runway assignments to spread out the burden of jet noise every week. The new system earned praise from neighbors, many of whom are hoping to see it renewed in 2017.

And in the fall, Cook County Assessor Joseph Berrios announced that single-family homes and small condo buildings will have their assessed property values bumped down if jet noise has made their homes less desirable to potential buyers. The tweaks would only result in a few hundred dollars in savings per year for homeowners, but they were the first official sign that "our government has acknowledged that [jet noise] is a real issue," said Jac Charlier, one of the coalition's founders. 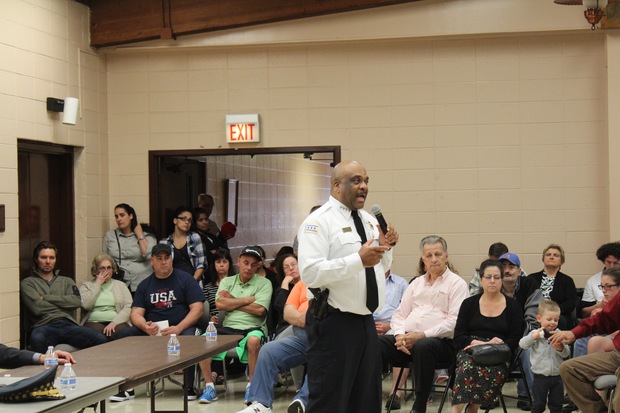 'We do not have enough coppers'

Supt. Eddie Johnson promised to assign dozens of new cops to the city's largest district, and by December he delivered, moving 32 new officers to Jefferson Park between October and the end of the year.

The surge is necessary after a citywide decline in police ranks since 2011, Napolitano said, leaving the district with "not ... enough coppers." 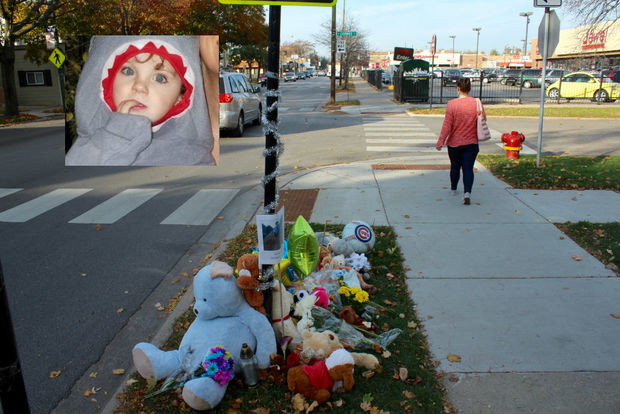 The traffic crash that killed 2-year-old Noah Katz on Nov. 13 was a heartbreaking loss for a tight-knit community. But for many it was also wake-up call to stop drivers from whizzing through an intersection they say had become too perilous for pedestrians.

A few weeks after the crash, Ald. John Arena (45th) moved to lift rush hour parking restrictions for the stretch of Central Avenue where Noah was killed. Sposato followed suit, laying the groundwork to make Central a permanent one-lane street between Higgins Avenue and Eastwood Avenue.

Next, Arena said he hopes to widen the sidewalks at the corner of Central and Giddings Street, creating "bump-outs" to give pedestrians more breathing room.