The Blue Cart Is Just The Start: Inside Chicago's Recycling Center (VIDEO)

CHICAGO — To understand the "why" behind the do's and don't's of Chicago's blue cart recycling program, DNAinfo traveled to the Far South Side.

That's the home of Waste Management's CID Recycling Center — so huge it merits its own exit off the Bishop Ford Expy. — where upward of 500 tons of recyclables are processed daily, the majority of which comes from Chicago. 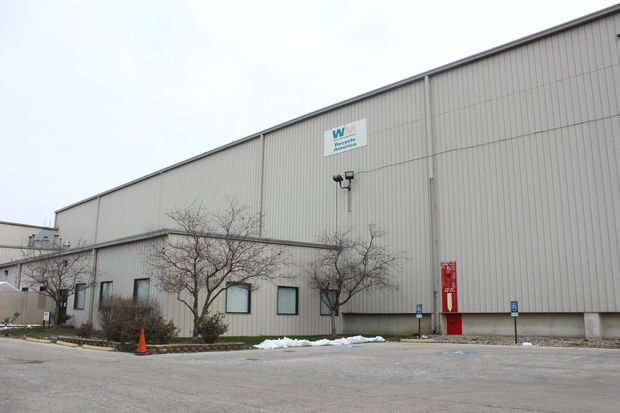 Heaps of materials arrive here via semis, not garbage trucks — those disgorge their contents at "transfer stations," where multiple loads are combined for transport via the bigger rigs. 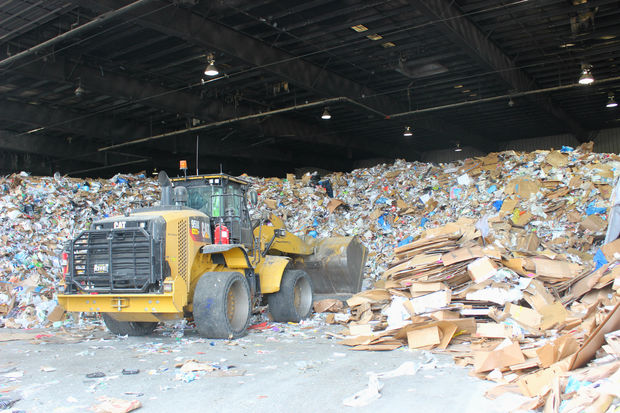 The primary role of the center is to sort this jumbled mountain of paper, plastic, aluminum and glass ... 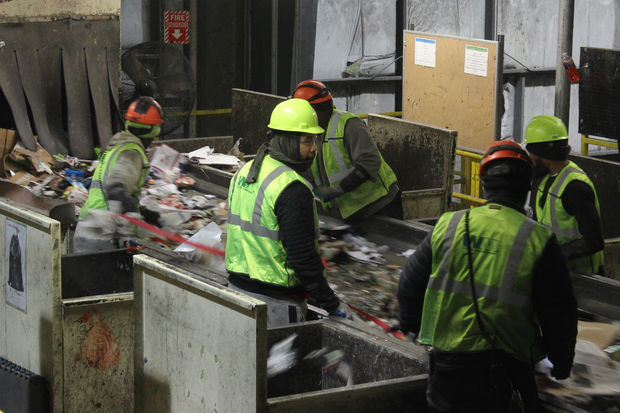 ... and then ship the separated raw materials to mills and manufacturers to be turned into new products. 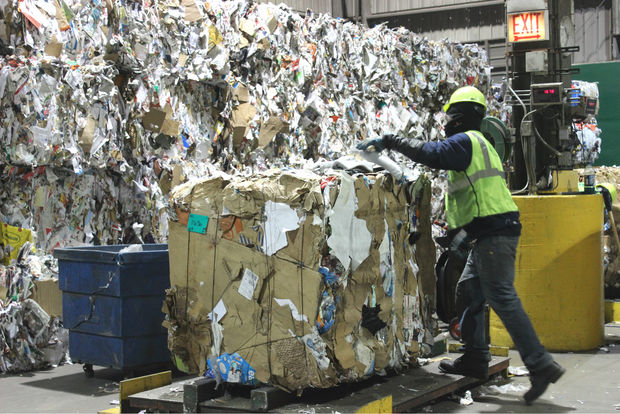 It sounds simple, so why do the rules of the blue cart program seem so complicated?

What's the problem with pizza boxes?

Fiber — paper products and cardboard — accounts for approximately 60 percent of the material processed at the recycling center, and much of it is bound for China, plant manager Hector Fonseca said.

China has tightened controls on inbound materials and will reject bales that aren't up to snuff, with moisture the most common culprit, Fonseca said.

That's why pizza boxes soaked with grease should be trashed instead of recycled. It's also why people should only recycle empty bottles and cans, not containers half-filled with water or juice that will drench paper sitting in the same blue cart, he said.

Why can't we recycle shredded paper? It's not greasy, or wet.

It's not that shredded paper isn't recyclable, it's that "it's so small, it's hard to capture," Fonseca said.

The tiny paper fragments slip through the plant's sorting equipment and the scraps wind up littering the center's floor like confetti. 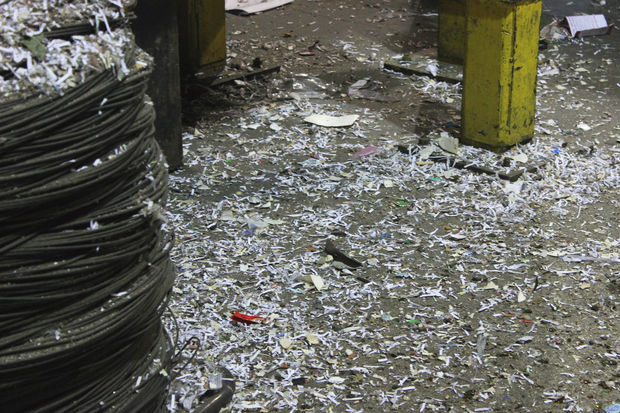 Why are plastic bags recycling's public enemy No. 1?

That's a whole separate discussion, but the short story is: the bags wreak havoc with Waste Management's recycling equipment. Either treat the bags as trash or take them to drop-off points that specifically collect the bags, bubble wrap and other plastic film products (click here for details).

OK, but can't stuff like pizza boxes, plastic bags and other trash just be sorted by hand at the center?

At the front end of the operation, there is a manual pre-sort line, which Fonseca called "our first defense," and there's a quality control manual line further along in the process.

But machines — a combination of screens, optical sorters (which separate plastics by color), magnets and eddy currents (used for aluminum) — do 95 percent of the separation, Fonseca said, and machines don't know a pizza box from cardboard.

What plastics are safe to put in the blue cart?

Speaking of containers, how clean do they need to be?

"The question we always get is peanut butter jars," Disbrow said.

Containers don't have to be "100 percent clean," she said, but a decent effort to remove most of the food residue is appreciated, as it helps reduce odor.

And yes, for the record, recycling does smell, kind of like garbage-lite.

One notable exception: The scent from detergents and cleaning products survives the recycling process. Bales of mixed plastic retain a refreshing aroma, like fabric softener, which is why Fonseca stacks them next to bales of clear plastic, which reek of the sour milk most of them contained. 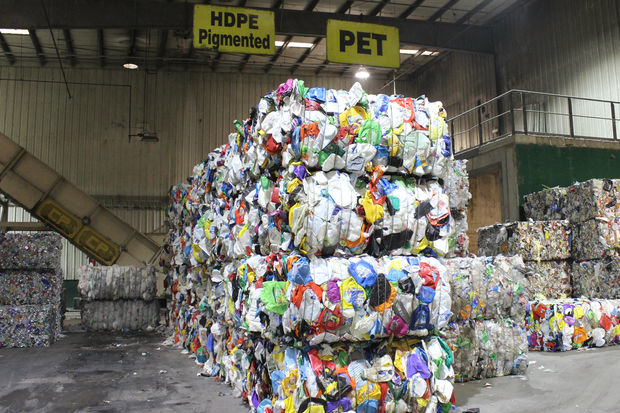 Get a behind-the-scenes look at the center here: