LINCOLN SQUARE — The Davis Theater is now officially back in business after a year-long renovation, with Thursday's grand opening attended by no less a silver screen legend than Darth Vader himself.

While much of the focus has been on the restoration of the nearly 100-year-old theater to its former Art Deco glory, the addition of the Carbon Arc restaurant and bar to the movie house begs attention as well.

The flexible space is designed to both complement the Davis, which it adjoins, and stand on its own, with a separate entrance from the street.

Here's a closer look at at the "dinner" side of dinner and a movie. (See complete menu below.) 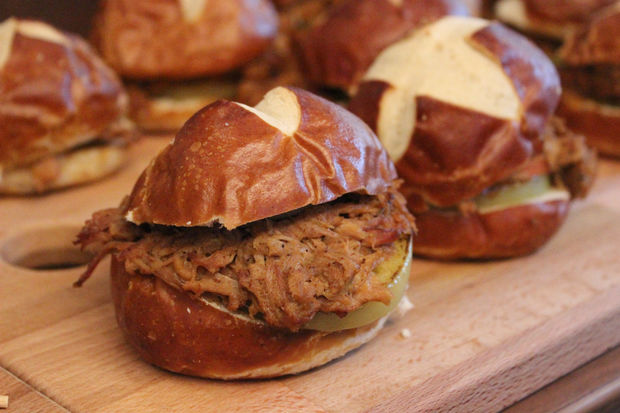 The dining menu is divided into tacos, flatbreads and shareable items; and "plates," which are best eaten with a knife and fork. A separate page recommends items that are quick to prepare and can be easily carried into the theaters.

As a nod to chef Gil Langlois' past as the chef/owner of North Center's Chalkboard restaurant, Carbon Arc offers "Chalkboard chicken," served with biscuits and gravy. 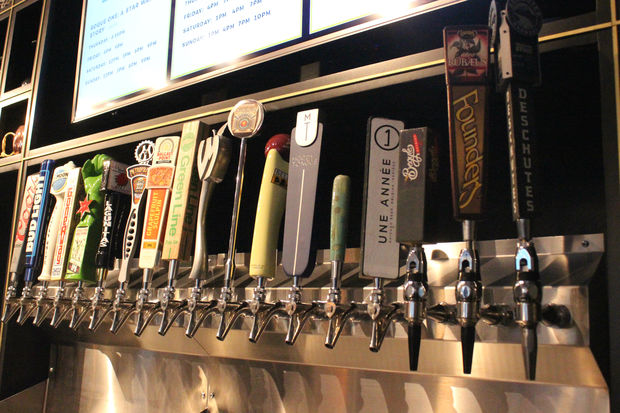 There are 26 beers on tap and an equal number available in bottles or cans. Brews from local producers including Band of Bohemia, Half Acre, Metropolitan and Begyle are sold alongside Coors Light, Corona and PBR.

The cocktail list ranges from classics like the Sazerac to Carbon Arc's own concoction, the De "Peche" Mode — a boozy mix of rosé wine, peach liqueur and floral St. Germain liqueur.

The a la carte kids menu lets youngsters mix and match main dishes like a ham-and-cheese roll-up or short stack of pancakes with sides including broccoli, a giant pickle or fries. 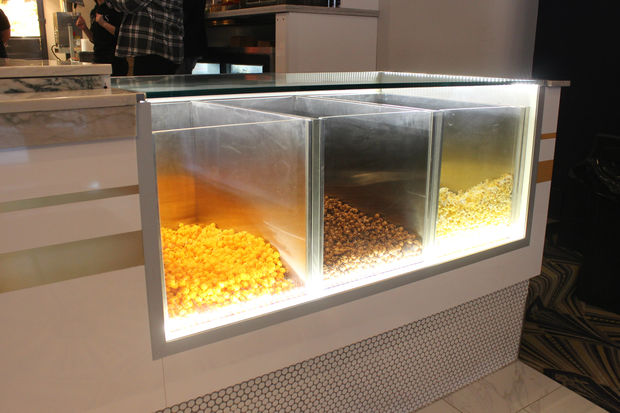 The Davis still has a concession stand separate from Carbon Arc, where patrons can order popcorn — either classic or gourmet (above) — candy, fountain drinks and alcohol, including premixed cocktails. 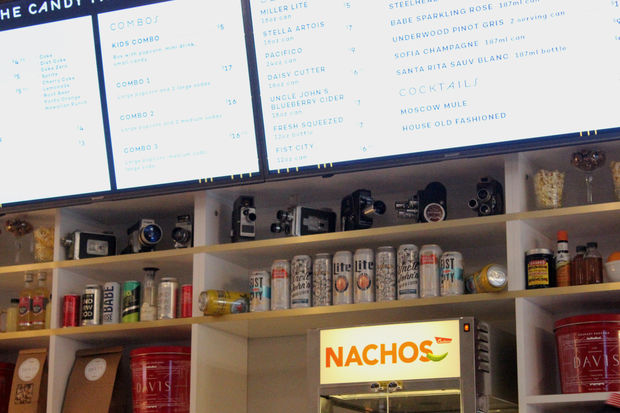 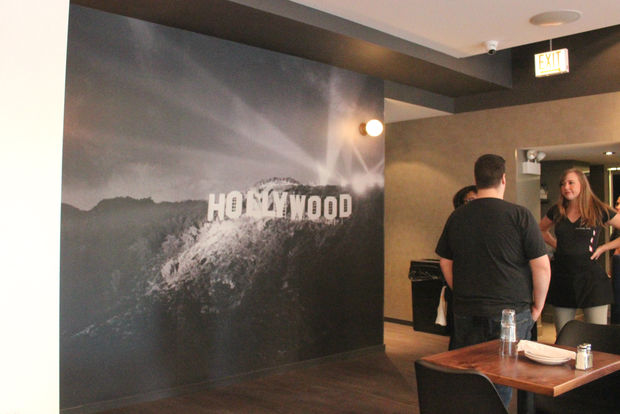 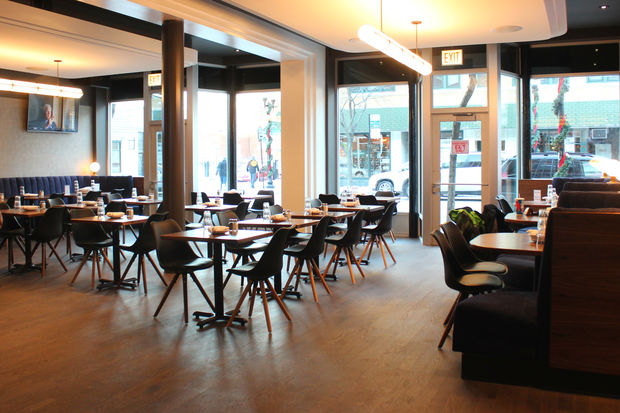 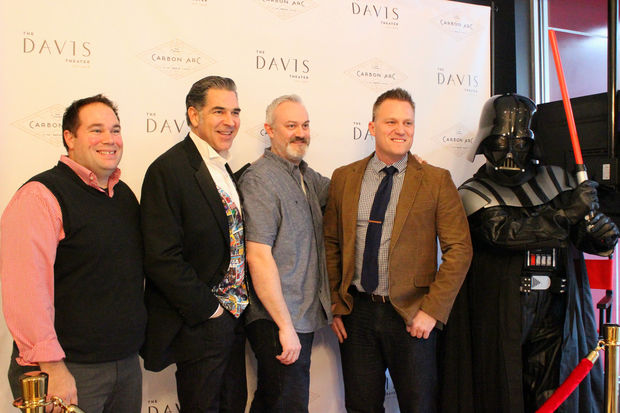 The Force was with the Davis team at the grand opening: theater general manager Ryan Lowry, with principals Tom Fencl, Ben Munro and Tim Ryll.