We've Got The Davis' Opening Movie, Ticket Prices And A Sneak Peek Inside

LINCOLN SQUARE — When the Davis Theater closed for renovations in January, "Star Wars: The Force Awakens" was one of the final movies shown.

In a fitting bit of symmetry, when the Davis reopens next week after a stunning multimillion dollar makeover, it will mark its debut with one of the season's most highly anticipated blockbusters, "Rogue One: A Star Wars Story," playing on all three screens, owner Tom Fencl said.

The first showing is set for 7 p.m. Thursday in the new 300-seat grand auditorium, created by combining the Davis's two rear theaters.

Four additional show times for "Rogue One" will follow: Once more in the auditorium at 10 p.m.; and at 7:45 p.m., 8:15 p.m. and 10:45 p.m. in the Davis's two smaller theaters, which now feature stadium seating and screens that are double the size of their predecessors.

Ticket prices have increased to $12 for general admission, and $9 for matinees, a bump Fencl said is in line with neighboring theaters while still cheaper than megaplexes.

The Davis's ticket ordering system — moviegoers will be able to select specific seats — has not been implemented. 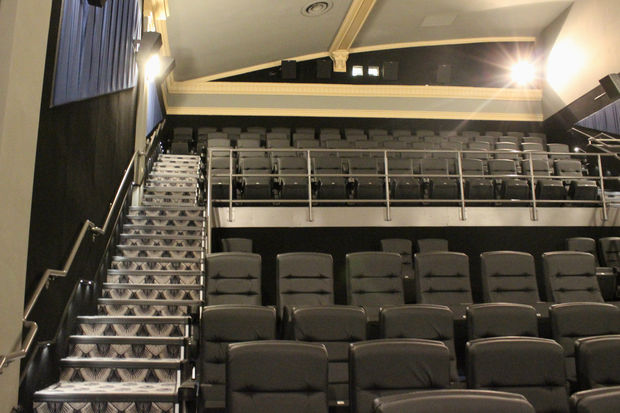