LINCOLN SQUARE —  His shoe repair shop opened just two weeks ago, but Joshua Marin already can predict the question on most customers' lips.

Walk-ins at Fix Your Kicks, 4542 N. Western Ave., can be forgiven for mistaking Marin for counter help. Nineteen-year-olds aren't typically in possession of a business license, never mind one for an old-school trade like cobbling.

Soles are in his blood — his father, Gustavo, is a cobbler, like his father, Rosalio, before him — and the teen started tinkering with shoes at an age when most youngsters are still mastering the art of tying their laces.

There was never really any doubt that Marin would go into shoe repair himself. He thought about college for a minute — and even applied and got accepted to Columbia and Truman College — "but school was never my thing," he said.

"I was born into hustling and business," said Marin, a Senn High School grad. "I've been working since I was a kid and saving."

That hustling is what turned him onto the fact that there was money to be made restoring and customizing sneakers, particularly Air Jordans.

Fix Your Kicks is a more formalized version of those ad hoc transactions, a shoe repair shop for the 21st century.

The thing about Jordans is that even though they're highly sought after by collectors, the shoes aren't particularly well-made, Marin said.

Cheap paint and other manufacturing shortcuts all but guarantee him a steady supply of castoffs to refurbish and resell, kind of like the footwear equivalent of flipping houses.

Before striking out on his own with Fix Your Kicks, Marin, who grew up in Edgewater and now lives in Ravenswood Manor, worked at Red Star Cobbler in Humboldt Park, one of the first shoe repair shops to recognize the potential in sneakers.

"I saw how the guy ran his business," Marin said of owner Ray Ramirez. "He does all his work to perfection."

It's a model Marin said he aims to emulate.

"I try to do all my jobs correctly and for a reasonable price," he said.

Sneakers might be the flashiest part of his business, but Marin is well-versed in all manner of leather and suede repair, from replacing heels and soles to fixing zippers on handbags, to color-matching the dye for a leather briefcase.

On a recent weekday afternoon, Victoria Fantauzzi, who owns La Bella Figura across the street from Fix Your Kicks, handed Marin a pair of tired boots in need of new heels and overall TLC. They were her favorites, she said, but she hadn't put them on in a year because they were so worn out.

"If you invest in a pair of shoes, you don't want to throw them away," said Fantauzzi, already a repeat customer of Marin's.

The traffic on Western, the proximity of the Western Brown Line station and the cluster of nearby dry cleaners and salons sold Marin on Lincoln Square, he said.

Miller interviewed several prospective tenants as he sought someone with something to add to the neighborhood, someone who might not otherwise be given an opportunity.

He liked Marin and his modern take on a classic business.

"He's really professional. He always shakes my hand and looks me in the eye," Miller said of Marin.

"I've been watching. He's literally there all the time," Miller said. "He's on it. He'll do well if the neighborhood embraces him."

Marin credits the support of people like Miller, as well as his family and friends, for giving him the confidence to become a business owner at such a young age.

"I doubted myself a couple of times. Is this the right place? Am I going to make enough money?" he said.

"But if you have an opportunity — take it. What's the worst that can happen? Failure? The worst thing is not taking it," Marin said.

Wanted to post them last night, but I wanted to get a better picture. Anywho, congrats to the Cubbies! 🐻 You can win yourself a pair of customs, IF you enter the "Fix your kicks" Instagram giveaway! Or you can just stop by in Nov 5th and pay to get them done! 💪🏼😎 #Chicago#Cubs#WorldSeries#Champions 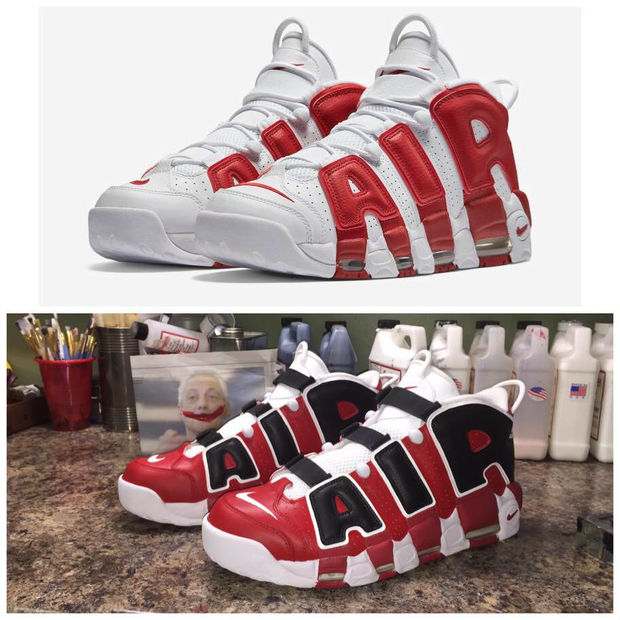 Fix Your Kicks owner Joshua Marin, 19, is building his shoe repair business, in part, on restoring and customizing Jordans and Nikes. [Facebook/Fix Your Kicks] 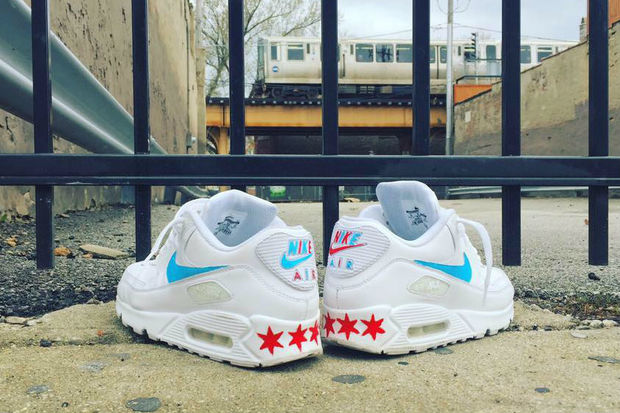 Marin is especially proud of his customized Chicago flag design. [Facebook/Fix Your Kicks] 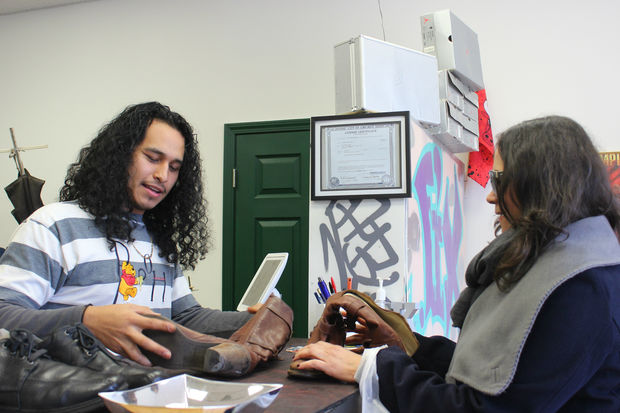 Marin assesses a pair of boots in need of a heel repair and overall TLC. [DNAinfo/Patty Wetli] 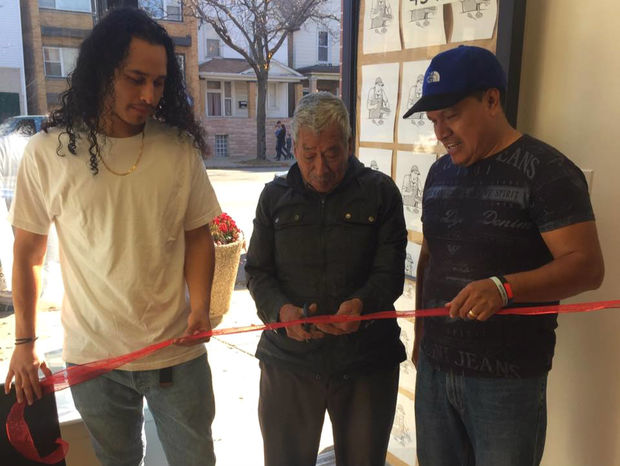 Joshua Marin with his grandfather, Rosalio, and father, Gustavo, at the grand opening of Fix Your Kicks. [Facebook/Joshua Marin] 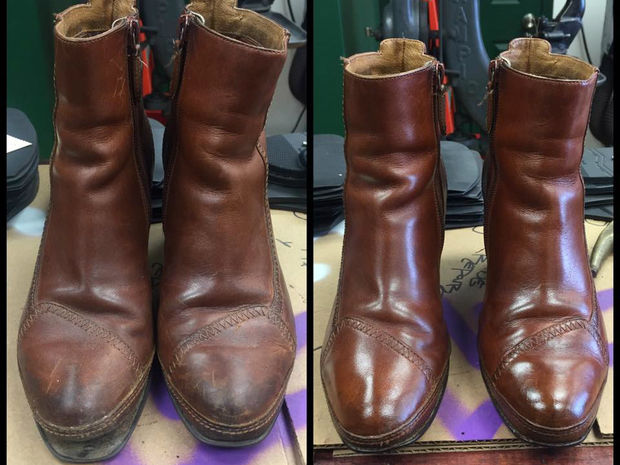 Think of leather like your skin and condition it regularly, Marin advises. [Facebook/Fix Your Kicks] 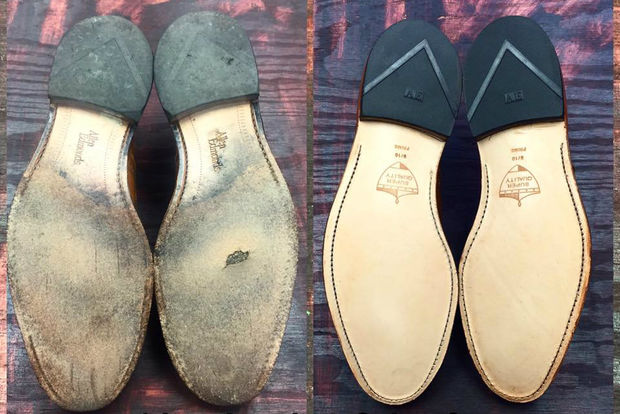 "If the shoe's comfortable, fix it," Joshua Marin advises customers. [Facebook/Fix Your Kicks]