ROSCOE VILLAGE — With the use of Native American symbols in sports and pop culture growing increasingly controversial, the editorial board of Lane Tech College Prep High School's student newspaper "The Warrior" has decided to drop all such imagery from its logo.

The board notified readers of its decision via an online post Tuesday:

"In the past, we have had an 'Indian' head in the 'O' of the Warrior logo, and above the staff box on Page 2. We believe these illustrations are insensitive to the Native American community and are not representative of the direction of our publication."

Staff is working on designing a new logo, according to the notice. 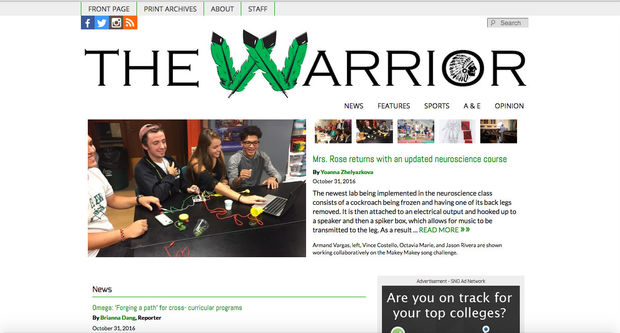 In the print edition of "The Warrior," student staff members shared their diverse opinions on the logo and the school's Indians mascot.

"By saying that we're 'the Indians' or 'Warriors,' we're equating Native Americans to being on the same level as an eagle or bulldog. We're not paying homage to their culture or their history," wrote student reporter Brianna Dang.

Reporter Kelly Watson countered: "There is a great difference between appropriation and appreciation. Now, the Indian is stated to be our 'honorary symbol,' emphasis on 'honorary.' The Indian being our mascot is not demeaning Native Americans or their culture, it's being appreciated as an honorary symbol."

Alumni were equally split in their reaction to the newspaper's logo change, posting their opinions to Facebook.

"People need to stop being so offended," wrote one alum. "When we went to Lane the Indian was viewed as a sign of respect."

But another posted the opposite view: "I am a proud alum and definitely think the school should not feature people as mascots...tradition is not a reason to perpetuate wrong." 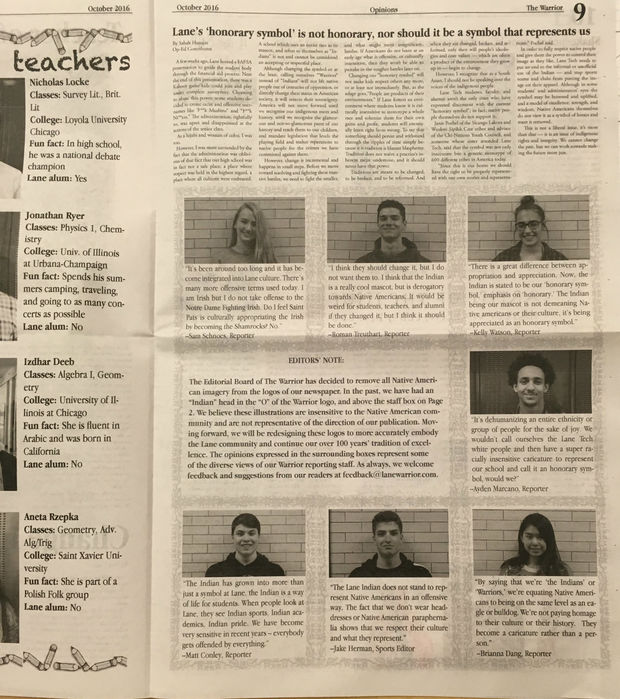