CHICAGO — You can still vote early in Chicago, but "voting often" is pretty much a thing of the past, some experts say.

Chicago is famous for its history of people voting from the grave and for helping President John F. Kennedy "steal" the 1960 election. (JFK beat Richard Nixon by 9,000 votes in Illinois by capturing what some considered a suspiciously high 450,000 advantage in Cook County.)

The city's election history is even crazier than most people realize, though, with Republican feuds leading to homes being bombed and names being stolen from tombstones just to get extra votes for the "Democratic Machine."

The city's old "reputation is true, or at least partially true," said Dick Simpson, a political science professor at the University of Illinois at Chicago. 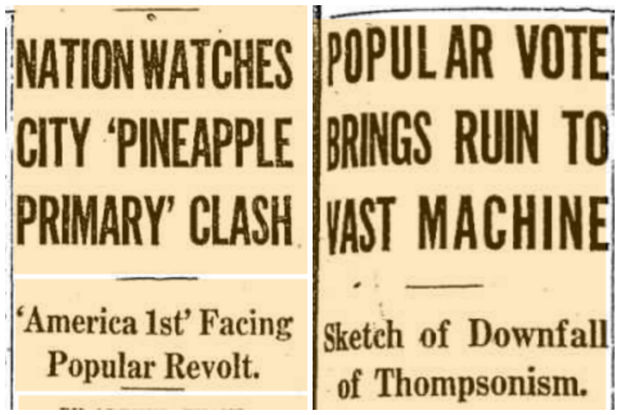 During the 1928 primary election, shootings and bombings were used to frighten and eliminate opponents. That election — which saw two political figures killed and 62 bombings, including one at the home of a senator and Cook County State's Attorney candidate — became known as the "Pineapple Primary," using the slang term "pineapple" for a grenade.

Back then, people thought the Republicans, and particularly Mayor William Thompson, ran "the greatest political machine ever fashioned in Cook County," according to April 12, 1928, Chicago Tribune story.

They hadn't seen anything yet.

It was Mayor Anton Cermak, the first in an unbroken stream of Democratic mayors since 1931, who created what would became known as the infamous "Democratic Machine," said Bob Crawford, a now-retired journalist who covered city politics for decades for WBBM-AM and was considered the dean of the City Hall press corps. The Machine ensured voters picked the right candidates, and the people who worked in it weren't shy about using money, bribes or fake identities to get votes for Democrats.

Through decades of organization, the Machine would become a "monolithic political organization that crisscrossed racial and ethnic boundaries in the city," Crawford said. The Machine's operators took advantage of cynicism among voters, who figured they at least had clean water and other necessities thanks to the Machine-backed candidates, leading to systemic fraud, Crawford said.

And the people involved in the Machine didn't just cheat to win — they cheated so they could get major victories that could give their candidates a "mandate" and discourage potential opponents from rival parties from running for office. 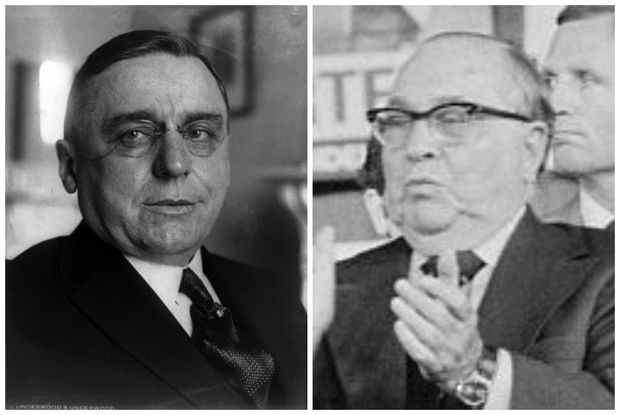 Mayor Anton Cermak (left) helped create the Democratic machine, but experts said it was Mayor Richard J. Daley (right) who mastered how to use it. [Wikimedia Commons]

The Machine operated for decades, but it was Mayor Richard J. Daley (who held office from 1955 to 1976) who mastered it, Crawford said.

In fact, Robert F. Kennedy once said Daley was "the whole ballgame" — meaning if candidates had Daley and his Machine on their side, they could carry all of Illinois, Crawford said.

Notably, the Daley-era Machine has been said to have "stolen" the presidential election for JFK, Robert's older brother, through voter fraud. (Republicans in suburban Lake and DuPage counties tried to steal the vote, too, Crawford and Simpson said, and they think Kennedy probably would have won Illinois anyway.)

Here are a few of the tricks the Machine used:

• Electoral rolls are supposed to keep track of who is registered to vote. The rolls would be rigged so dead people's names still appeared on them, Crawford said, meaning others could vote for the candidate of their choice in the dead person's name.

Sometimes, people working for the Machine would even go into cemeteries and take the names off of tombstones, then go back and fill out voter registration cards with the dead person's names as if they were still alive, Crawford said.

• Election judges are supposed to keep an eye out for anything fishy at the polls. Republicans had a small presence in the city, though, and it was difficult to find Republican volunteers for the post, Crawford said.

Democrats would pretend to be Republicans and would volunteer, meaning there were actually two Democrats at polling places. Officers who provided security got their jobs from the Machine and weren't going to say anything about what happened, Crawford said.

• People would be promised $5, a warm meal or a drink at the local pub to vote for the "right" people, said Crawford and Simpson.

Sometimes, the precinct captain would steal a ballot, mark it and give it to someone to turn in, Simpson said. That person would then bring the blank ballot they'd been given at the polling place back to the captain, who'd fill it out for the next person to come in, and so on.

An old sewer boss, Ed Quigley, once told Crawford he had a special way to make sure people voted the right way: When a voter would go behind a curtain to cast his or her ballot, they had to move to to one side to vote for a Democrat or the other side to vote for a Republican. Quigley would look under the curtain at the voter's feet to make sure they were on the Democratic side, Crawford said.

• No Republicans to watch for suspicious activity in the precinct? The Democratic precinct captain would just vote for people who didn't come in, Simpson said.

• Ward committeemen would go to nursing homes and "help" senior people with marking absentee ballots by holding the voter's hand, Crawford said. Nursing homes would cooperate because they needed a good relationship with the city, which inspects them, he said. 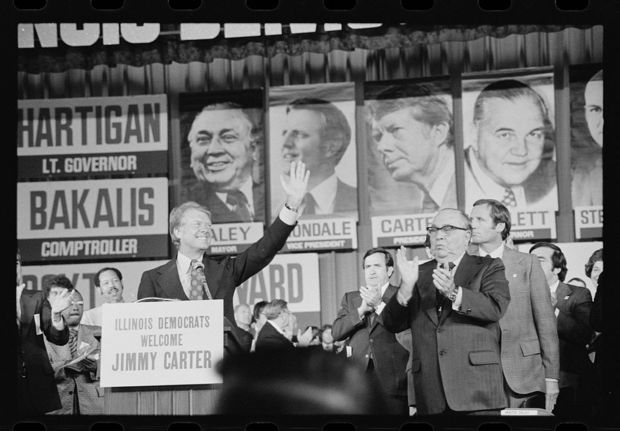 After Daley's death in office in 1976, the Machine gradually began to lose power, Crawford said.

In 1983, Mayor Harold Washington created the city's first Freedom of Information law, allowing journalists and others to obtain and analyze records. Independent reformers also filed complaints in federal courts and judges ruled they should be able to observe precincts on election days, Crawford said.

The "new set of eyes" from those two changes made a "huge difference" because officials couldn't hide as much, Crawford said. A Tribune expose into fraudulent registrations, which won a Pulitzer Prize, also forced reform in the city.

A lot has changed since those days, said James Allen, the Chicago Board of Election Commissioners spokesman. The Illinois Voter Registration System examines the state's voter rolls to look for people registered more than once, and it checks records to remove people who have died.

In the last 10 years, there have been 9 million ballots cast, Allen said, and only 10 of them were referred to the State's Attorney's Office for suspicious activity. None of that resulted in the change of any election outcome, he said.

It's "not exactly the same system our parents and our grandparents had when they had giant paper poll books and lever machines," Allen said. "It's a little different now than the early '80s or '70s or the '60s, and thank goodness for that."

And as for the claim that Chicagoans "vote early and vote often" — at least the first part is true, Allen said.