DOWNTOWN — The city's transportation department is already preparing to build a trail that soars above and over the Chicago River, so why not a path that floats on the water?

That's one of the solutions in a "toolbox of different design treatments" proposed by the Active Transportation Alliance's just-released River Trail Action Plan, which envisions the development of a continuous 27-mile riverfront trail by 2030.

The action plan builds on momentum created by the wildly popular 606 Trail, as well as the city's "Our Great Rivers" plan, which demonstrated pent-up demand for off-street trails.

"It's time to talk about next steps," said Jim Merrell, advocacy director for Active Trans.

The action plan identified more than 13 miles of existing patchwork riverfront trail (some miles are duplicative, on both banks of the river), nearly two miles of trail under construction, seven miles of near-term potential and dozens of "opportunity areas."

"It's a matter of connecting the dots," Merrell said.

It would be "so much more than the lakefront," he said, citing the nearly one million Chicagoans who live within a mile of the river.

"This is what Chicagoans want," said Sarah Cardona, project manager with the Metropolitan Planning Council, which oversaw the "Our Great Rivers" vision.

In addition to spurring economic development and creating opportunities for recreation and transportation, a river trail would "allow us to connect to one another" across neighborhoods, Cardona said.

Though comparisons to the city's beloved lakefront trail are inevitable, activists are quick to note that a river trail would look much different in the absence of free and open space.

The conventional style of path that exists along the North Branch in River and Legion parks would be impossible to duplicate downtown, for example.

"Let's be creative about getting this done," said Merrell.

That might mean: partnering with building owners to gain access to private paths that already exist along the water; coordinating with developers to ensure trail segments are part of their site plans; and employing innovative solutions like on-street greenways and floating trail systems — used in Portland and Philadelphia — in areas where no land is available for a path.

"It's going to take a heck of a lot of community engagement and involvement," Merrell said.

The goal of the action plan is to jump start the conversation, particularly in light of the rapid development of crucial riverfront areas in the South Loop.

"We need to get the vision set now," said Burke. "The first step is to secure a level of buy-in," with design and engineering to follow, he said.

"For the longest time, Chicago has turned its back on the Chicago River. The time has come to make this happen. It's due." 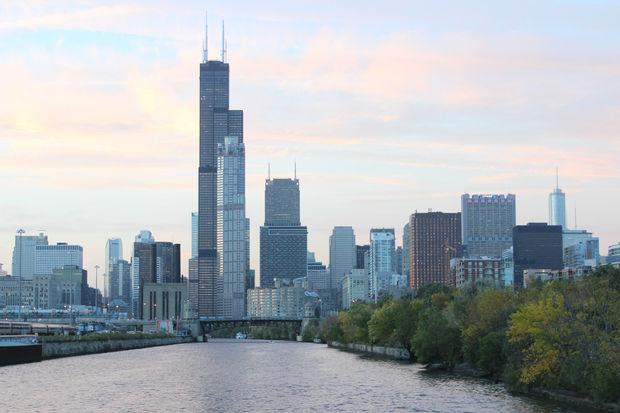 Views from the Chicago River are every bit as scenic as those along the lakefront. [All photos DNAinfo/Patty Wetli] 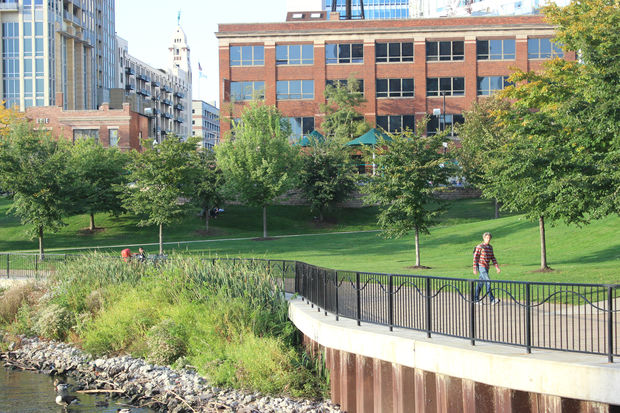 Existing paths in pocket parks along the river could be incorporated into the continuous trail. 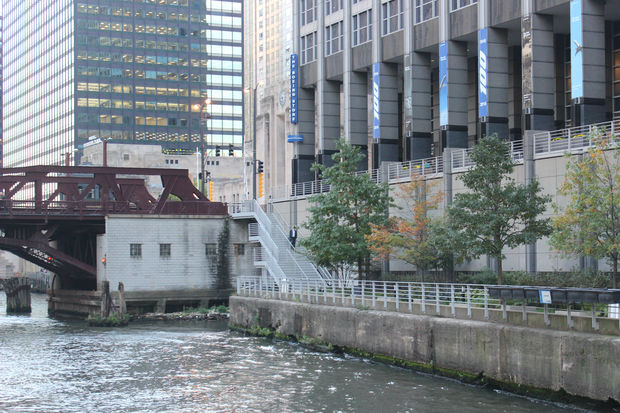 Downtown bridges pose a significant obstacle to a continuous river trail. A floating trail system could be a solution. 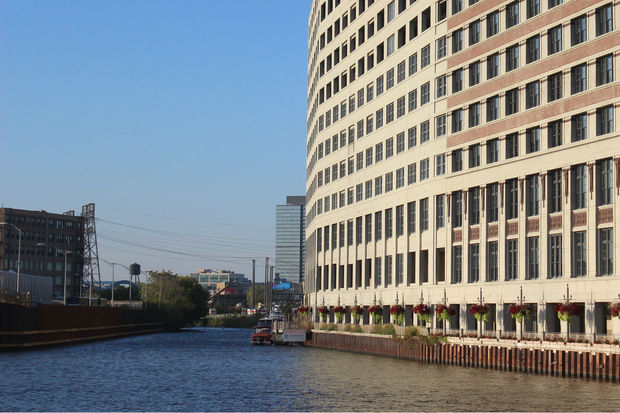 The river trail would need to incorporate existing private paths, like this walkway along the Montgomery Ward building. 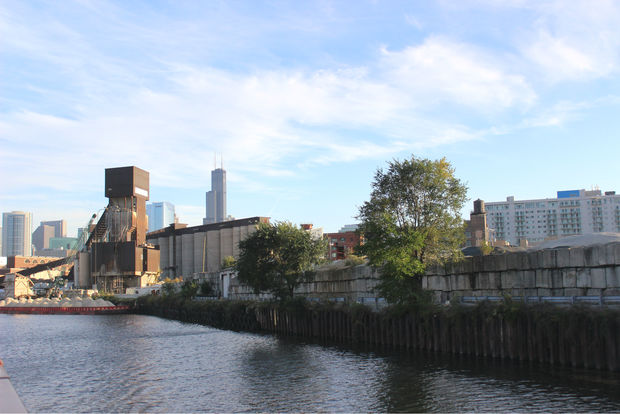 Some stretches of the river call for more creative trail solutions than others. 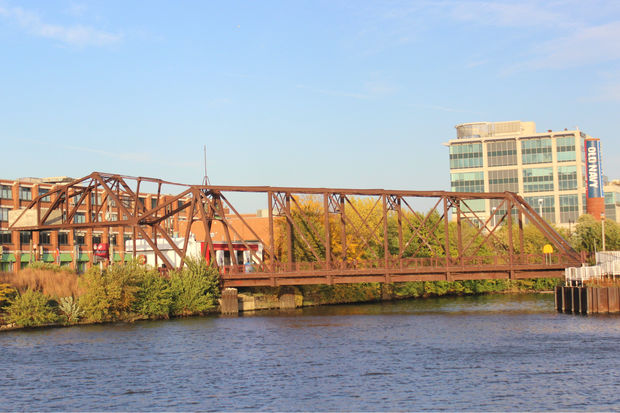 The trail could take advantage of existing infrastructure, like this bridge to Goose Island. 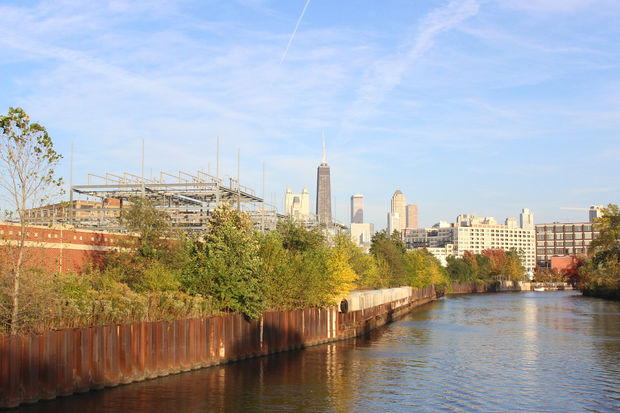 Goose Island, on the left, is a priority area in the River Trail Action Plan. 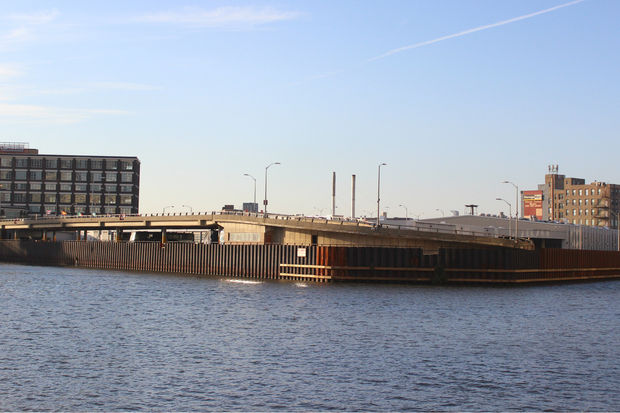 Development is coming to Goose Island. But how to get more people there? A river trail would help ease congestion. 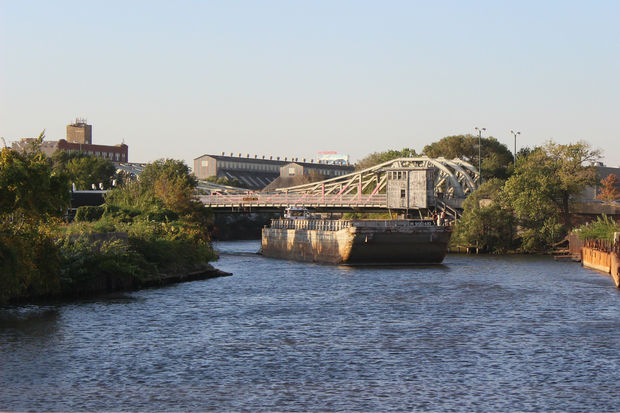 The Chicago River was the city's "original transportation corridor," said Jim Merrell, advocacy director for Active Trans. "It's why the city's here in a lot of ways." 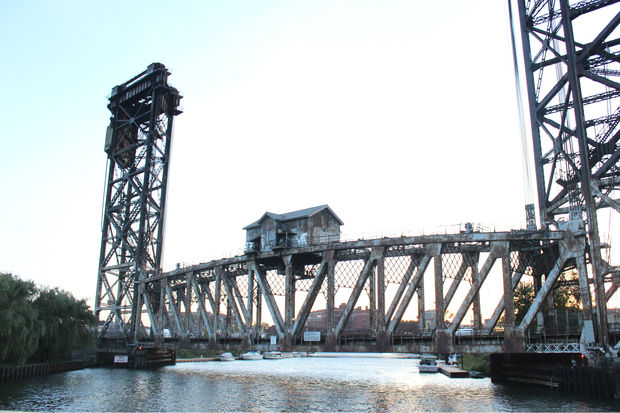 Amtrak trains use this bridge across the river, just one of the scenic highlights users could take in along the South Branch of a continuous river trail. 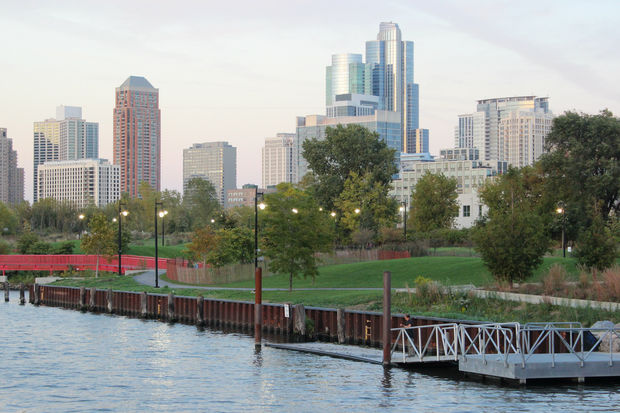 Ping Tom Park is one of the action plan's "opportunity areas" along the South Branch. 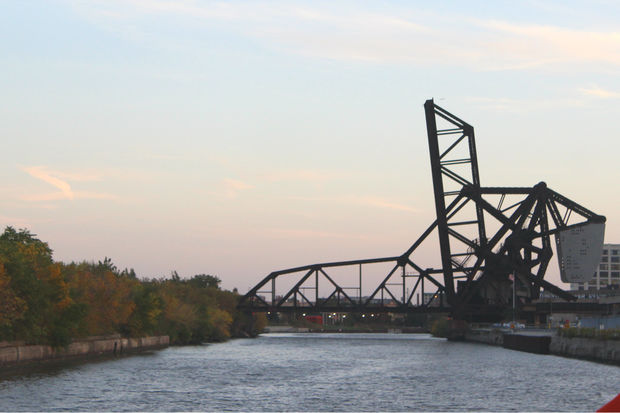 The Chicago River is still very much a "working" river. A trail would give users a sense of the city's industrial past and present. 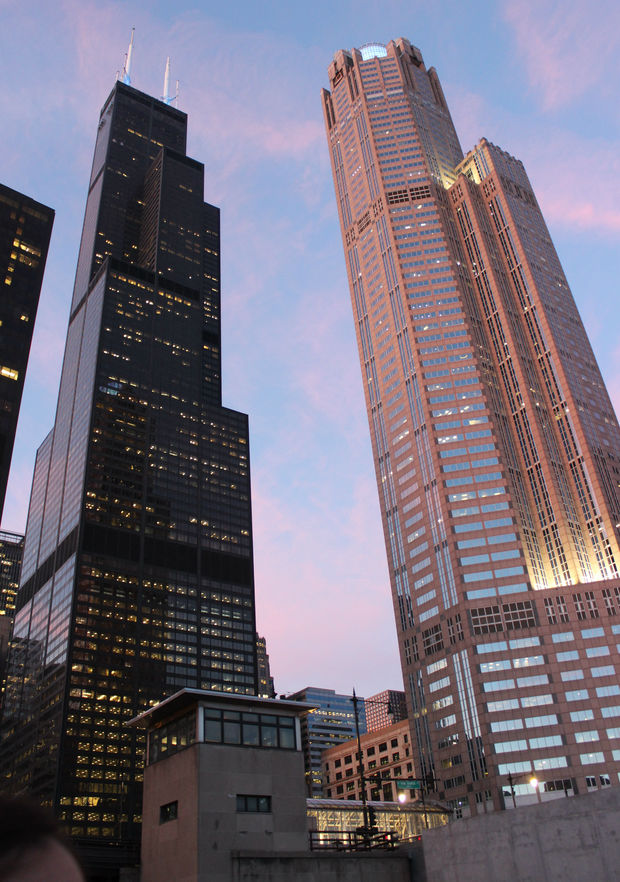 A riverfront trail would offer some magnificent views of the city's skyline.