By Ted Cox |&nbspOctober 4, 2016 5:15am
@tedcoxchicago
Twitter Facebook Email More
The Chicago Cubs bullpen pitchers try to keep straight faces after a foul ball ricocheted past them and no one moved as part of their "Chicken" game.
View Full Caption
Comcast SportsNet Chicago

This is the last year for the outdoor bullpens along the foul lines in left and right fields. The bullpens are slated to be moved under the bleachers before next season as part of the Cubs' multiyear 1060 Project to renovate the ballpark.

The change will allow the team to build four news rows of premium seats — and get relief pitchers from both team out of the elements. 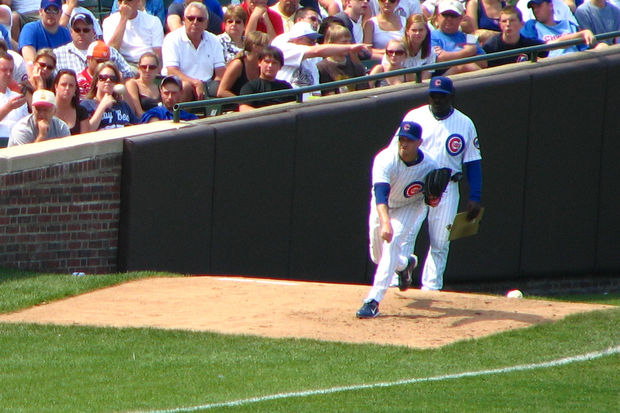 It will also mean the end of one of the 102-year-old stadium's most endearing features: the intimate connection between fans and players sitting only feet away from each other in the bullpens.

It will also be the end of a frequent source of hilarity, an occasional bit of conflict and a constant element of danger to outfielders who try to navigate the raised pitcher's mounds while trying to catch fly balls.

Longtime Cubs fans know it's always an adventure — particularly for visiting outfielders — whenever a ball is popped up near the bullpens. Outfielders tend to either: a) trip, fall and miss the catch, b) trip, fall and make the catch, c) almost trip before smiling and breathing a sigh of relief, or d) look down to see where they're going and completely botch the play.

The spectacular pratfalls are "Sportscenter" worthy, as are the offbeat occurrences, like when the Cubs relief pitchers play a daring game of "Chicken" when foul balls come screaming their way.

Check out this one from earlier in the year, when Travis Wood barely cracked a smile (and certainly didn't move) despite a ball coming his way.

And then there are the player interactions with the fans.

Perhaps the most famous bullpen denizen toiled not even a full season for the Cubs. Dick Selma, a former flamethrower for the New York Mets, came to the Cubs from the expansion San Diego Padres early in 1969.

From the Cubs' bullpen down the third-base line, he soon took to revving up the Bleacher Bums in left field. When Ernie Banks homered during one of those cheerleading sessions, the Cubs' superstitious manager Leo Durocher encouraged Selma to keep it up.

"Other teams think it’s bush and maybe it is to a certain extent,” Selma told the Associated Press back then. “But I do it for a purpose. I’m sitting here in the bullpen one day and I think we've got 15,000 and 20,000 fans out here just itching to let loose for the Cubs."

Selma would circle his index finger above his head — the umpires' sign for a home run — and the Bleacher Bums would respond in kind, calling for the Cubs' batter to knock one to them. According to his Society for American Baseball Research profile, Selma, who already had a reputation as a bit of a flake, picked up the nickname "Moon Man" after taking the mound for the Cubs the day after the Neil Armstrong-Buzz Aldrin moon landing that summer.

Yet, like Ron Santo's heel-clicking, the act soured after the Cubs' collapse that September, and he was traded to Philadelphia during the offseason for Johnny Callison.

The Phillies wound up being the Cubs' Opening Day opponent in 1970, and — according to Stuart Shea's book "Wrigley Field: The Unauthorized Biography" — Selma tried to lead cheers in his Philadelphia uniform with a yellow hard hat. The next day, during batting practice, the Bleacher Bums threw coins at him, but Selma scooped them up and, after the game, went to Ray's Bleachers, the tavern across the street from the bleacher entrance, now of course Murphy's, threw the coins on the bar and bought a round for the house.

Cub fans and opposing players didn't always get along so well, however. On May 16, 2000, in the ninth inning of a close game, one fan down the right-field line reached over the wall, snatched the cap off Los Angeles bullpen catcher Chad Krueter, smacked him in the head and raced up the grandstand aisle — only to be pursued by Krueter, backed up by his teammates in traditional baseball fashion. A melee broke out, in the end resulting in 16 Dodgers and three of their coaches being suspended. Krueter got his cap back, though, which was some consolation. 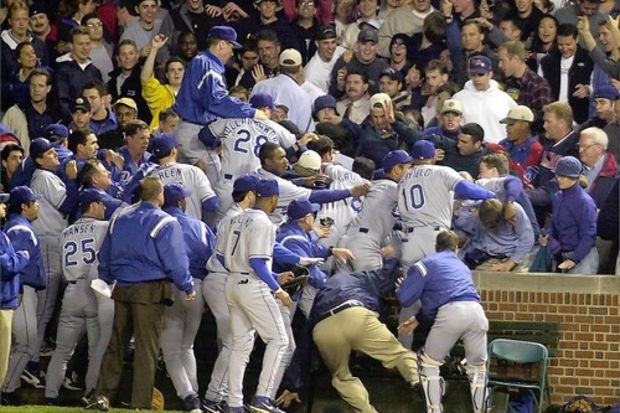 Chad Krueter leads the Los Angeles Dodgers into the Wrigley Field grandstand after a fan stole his cap from the bullpen. (ChicagoNow.com)

In marked contrast with those bullpen hotheads, the "Chicken" game is all about being cool. It began last year as a contest to see who displayed the steeliest nerves by refusing to move for a foul ball hit in their direction.

Moving the bullpens will nip that nascent tradition in the bud.

It's also not entirely endorsed by the players. The Cubs' Jake Arrieta told the Tribune's Paul Sullivan earlier this year that warming up on the field "simulates the game feel," adding, "There really is no comparison to being outside to replicate the way you're going to be pitching in the game situation. I'm OK with it. I like it."

Arrieta even suggested a delay in moving the bullpens, and there's precedent for that. Manager Joe Maddon said the Cubs didn't enjoy playing 3 p.m. starts, and the team largely abandoned the practice this season, even though it was a hard-won perk with the City Council.

Despite a recent report saying the bullpen changes could be put off a year, team spokesman Julian Green confirmed Monday that the plan is still on, with no thought of any delay.

Foul-line bullpens are a throwback to the early days of baseball and baseball stadiums. Only three other teams — the Tampa Bay Rays, San Francisco Giants and Oakland A's — still have their home and away bullpens down the foul-lines.

Wrigley Field was made an official Chicago Landmark in 2004, but the on-field bullpens, quaint as they are, were not listed as a protected feature, meaning the Commission on Chicago Landmarks has no say over the move.

There's no denying, however, there's an attraction to both players and fans for the bullpens being on the field right next to the stands. When Kerry Wood or Mark Prior would warm up before a start, you could actually hear their curveballs hiss like a snake if you were standing nearby.

It looks as if those days will soon be gone unless the Cubs reconsider over the offseason. The foul-line bullpens are being put out to pasture — or at least out under the bleachers. 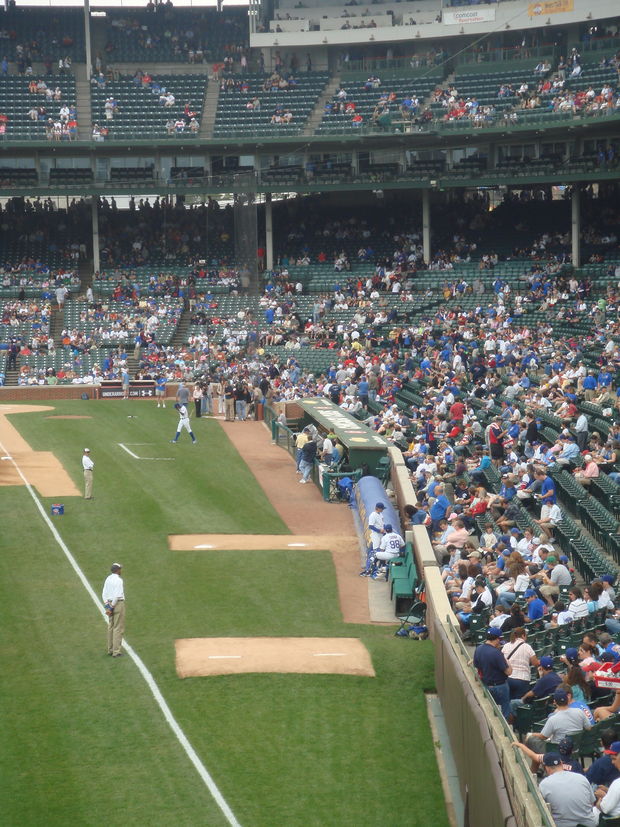