We Mapped Most Of Joe Swanberg's 'Easy' Locations, Help Us ID The Rest

LINCOLN SQUARE — Chicago's small businesses have never looked as sexy as they do in Joe Swanberg's Netflix Original series "Easy."

Writer/director Swanberg, best known for 2013's "Drinking Buddies," filmed his loosely connected eight episodes inside the (mostly North Side) neighborhoods and shops that loom large in actual Chicagoans' daily lives but are seldom if ever depicted on the big or small screens in such a recognizable and integral way.

Instead he takes viewers inside cafes, brewery taprooms and bookstores — not sound stages — and name-checks them, too, creating what amounts to a love letter to the city's entrepreneurial and artistic communities.

We binge-watched the series during a pair of popcorn-fuelled sessions and managed to tear ourselves away from the sight of Orlando Bloom's abs (fast forward to Episode 6) long enough to identify and map the vast majority of "Easy" locations.

But a few left us admittedly stumped. We need your help playing location scout: Shoot us a message on Facebook, Twitter or Neighborhood Square if you recognize something we missed.

Summary: A married couple questions the sexual politics of their relationship. Costumed role-playing ensues and it's as awkward as your own would be. 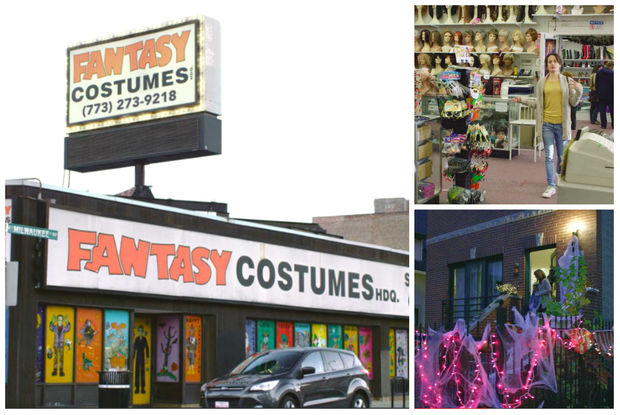 We're stumped: The bulk of the episode takes place inside the couple's home (decked out for Halloween, above), which is likely located somewhere between Wicker Park and Lincoln Square. If you know it, help us map it. 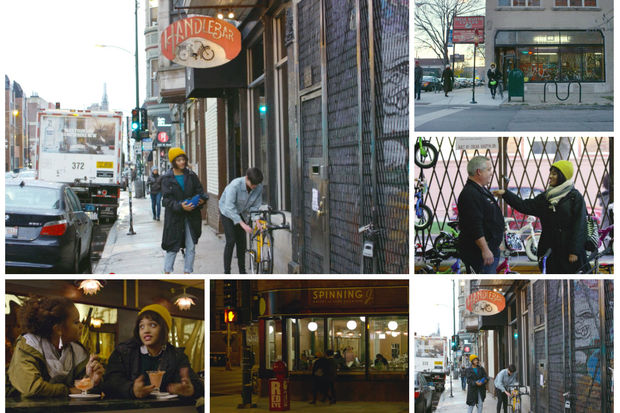 We were stumped by: This club. But a few loyal DNAinfo readers pointed It's the Cabaret Room at Wicker Park's Subterranean. 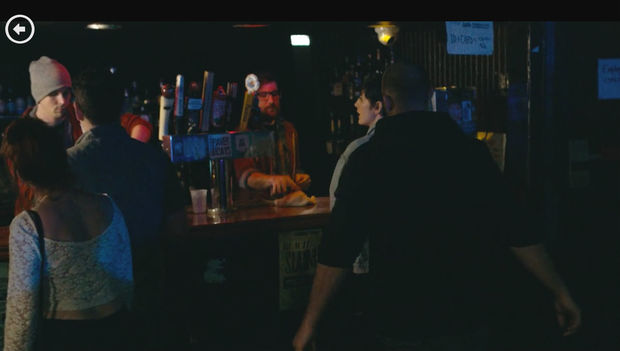 Summary: Brewing beer is so much cooler than working in an office. 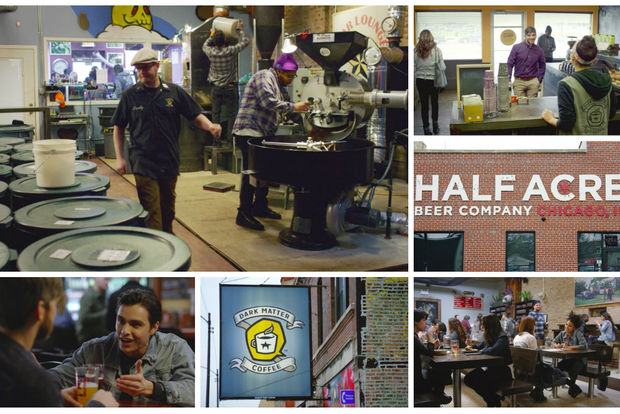 EPISODE 4: "Controlada" (in Spanish, with subtitles)

Summary: Sofabeds are the root of all evil.

We mapped: The Bean, Lurie Garden and BP Bridge in Millennium Park. Cliche, we know, but legit in the context of the episode's plot involving an out-of-town guest. 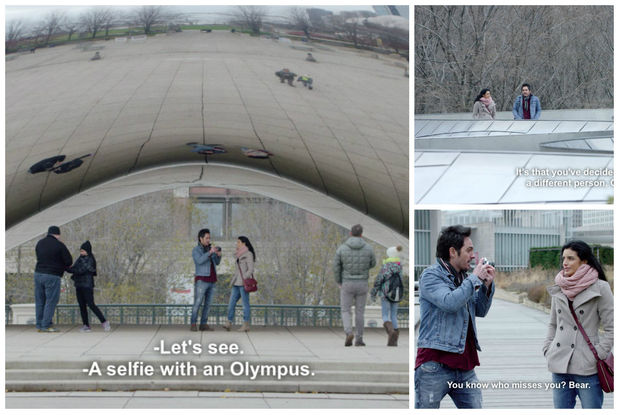 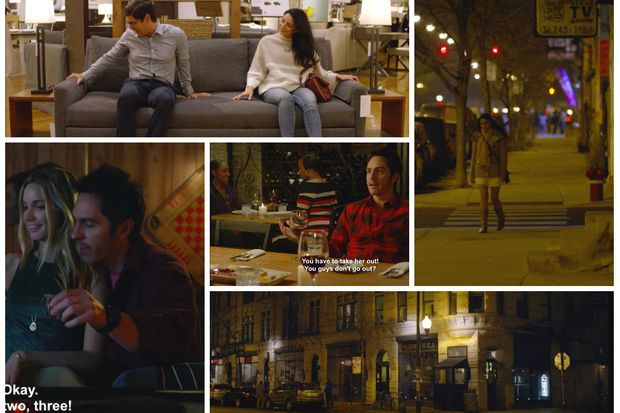 Summary: Millennials are way savvier about social media than old people. Or are they? 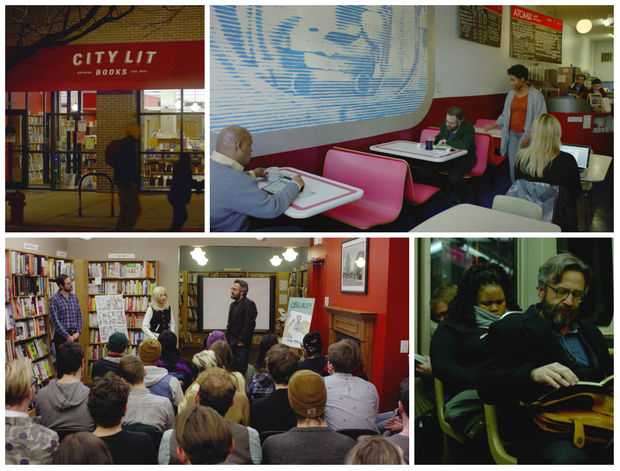 We're stumped: Recognize either of the bars below? How about the theater? 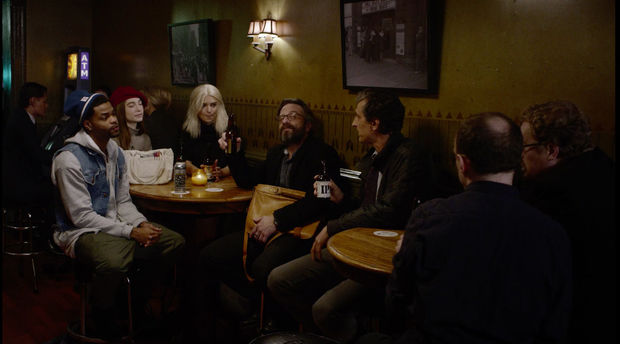 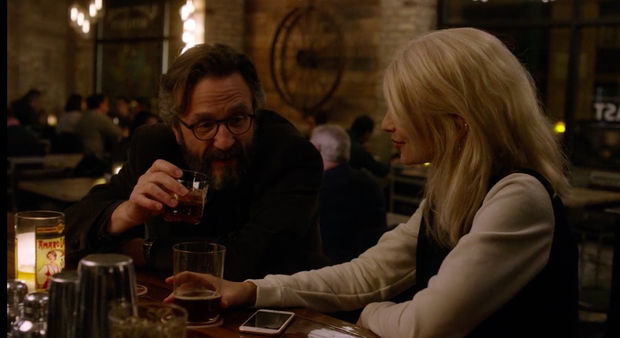 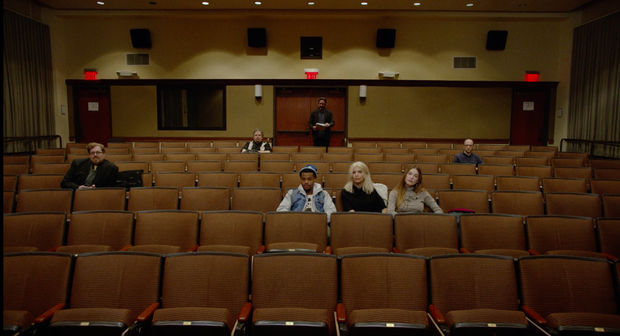 Summary: Takes the "square" out of Lincoln Square. You will never look at the neighborhood's stroller moms the same way again. 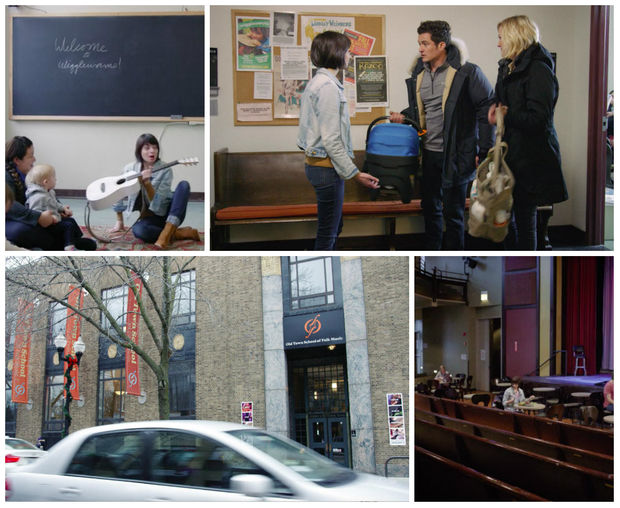 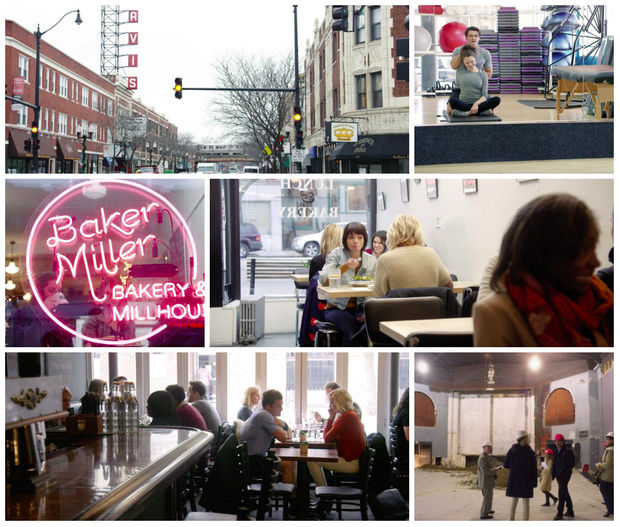 Summary: We kind of lost the plot to this one but think it was something like, "Being single is awesome until it isn't."

Semi-stumped: We're 90 percent sure we spied the Adler Planetarium. 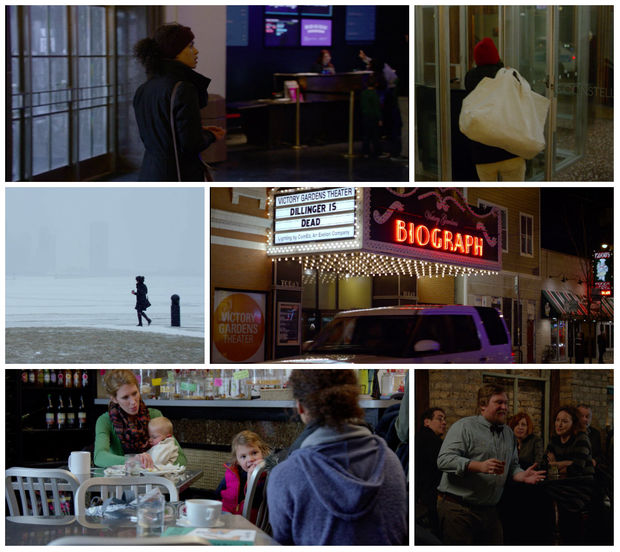 Completely clueless: Where is this pool? We want to go to there. 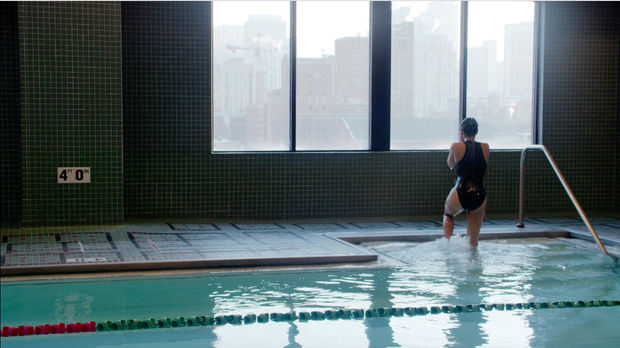 Summary: Brewing beer isn't so cool anymore when you have to do it to make money (see: Episode 3). 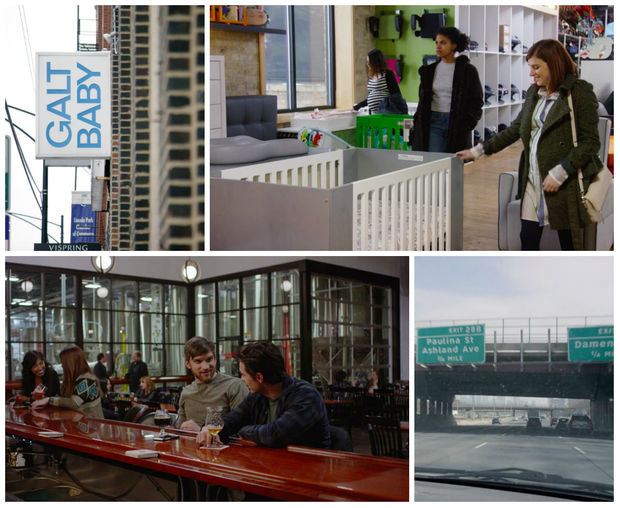 Strong suspicions: All clues — particularly dialogue that references the suburbs, a mall and Kohl's — point to this being Begyle Brewing's new Lincolnwood brewery. 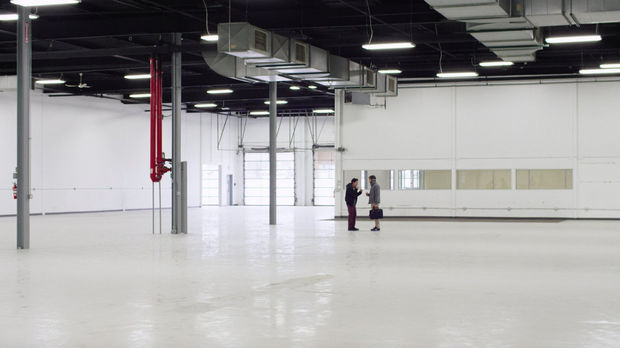 Twice-stumped: The work of street artist Don't Fret (who also appears as himself) factors into episodes three and eight. Does this mural still exist? 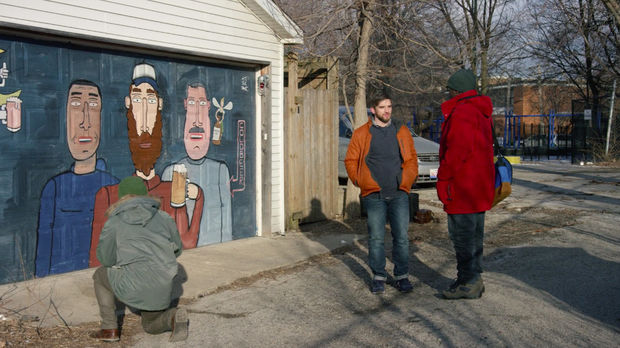 Stumped: This diner is driving us nuts. But at least we know who's sitting in the booth — that's "Hoop Dreams" star Arthur Agee. 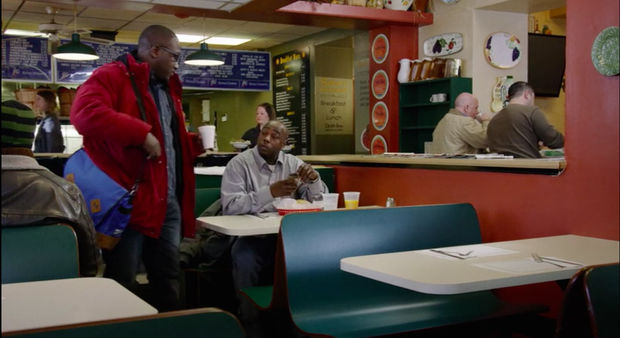 Stumped: This industrial space may or not be another brewery under construction. 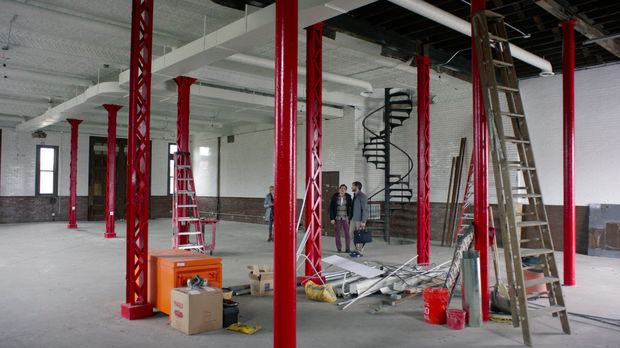 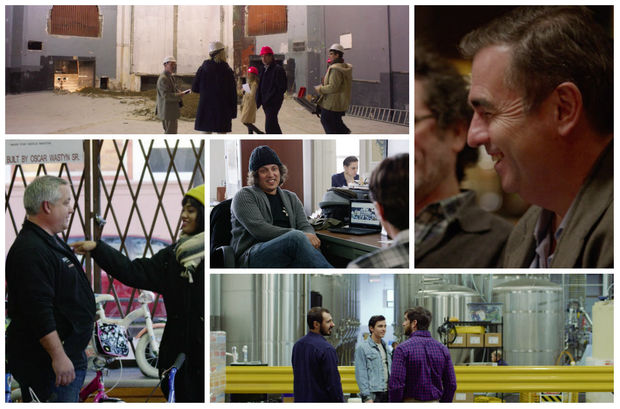 "Obscurity" isn't a real book, but the art for the fake memoir was created by a real graphic novelist — Jeffrey Brown, best known for "Darth Vader and Son." Like his "Easy" doppelganger, Brown does most of his drawing at the neighborhood coffee shop, Beans & Bagels.

Swanberg didn't miss a trick. That "Taxonomy" poster on the wall is by Ravenswood illustrator Phil Thompson. 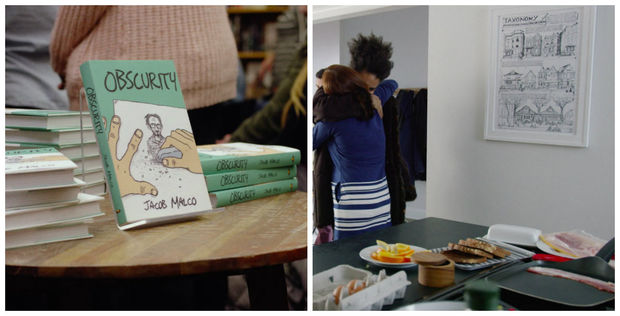