EDGEBROOK — Ignoring a persistent drizzle, the first official riders rolled across a newly built bridge over the Chicago River on Wednesday and headed north through the forest on the newly extended North Branch Trail.

It took almost a year to build the first stage of the trail extension, which will stretch two miles from Devon and Caldwell avenues in Edgebrook to Forest Glen Avenue near the Metra station on the Milwaukee District North Line.

Cook County Board President Toni Preckwinkle said she was proud to cut the ceremonial ribbon across the trail, saying the trail will give Far Northwest Side residents "numerous opportunities to connect with nature."

RELATED: Why This 2-Mile Path Is A Big Deal

Once the entire three-mile extension of the trail from Edgebrook to Mayfair is complete, runners, walkers and bicyclists will be able to travel from from the Lakefront Bicycle Path via bicycle lanes on Elston Avenue to the Chicago Botanic Gardens in the North Shore. 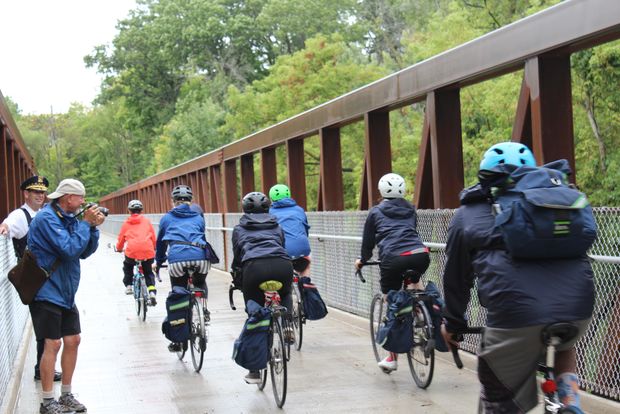 Now that the trail is officially open, eager riders won't have to worry about a $500 fine for trespassing.

"I won't be jogging, but I'll be walking very fast or riding my bicycle," Laurino said, prompting laughter from the somewhat soggy crowd.

The first stage of the trail extension — approximately 2.1 miles long — cost $5.3 million, with the forest preserve district paying 20 percent of the cost and federal grants covering the rest of the tab, forest preserve officials said.

The final phase of the extension, just underway, will continue southeast for another mile, running through LaBagh Woods and winding up in Gompers Park at Foster Avenue.

Laurino reminded riders to treat the forest gently, reading a Native American blessing to remind listeners that the land belongs to future generations. 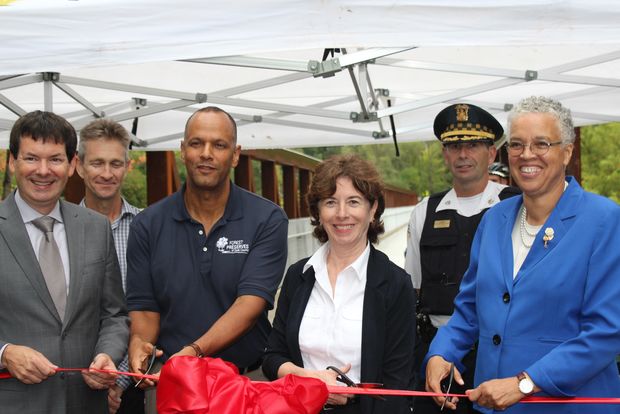