We Are Abby's Army has rebranded itself as Live Like Abby. The group named for the late Abby Wujcik will dedicate its future fundraising to research first sponsored by Beverly-based Live Like John.

Live Like Abby is the latest to forge an alliance aimed at funding pediatric brain tumor research at the Ann & Robert H. Lurie Children's Hospital of Chicago. Live Like Finn, which celebrates the memory of the late Finnegan Patrick Ringdroski, joined the cause in 2013. Live Like Leah, which honors the memory of Leah Anderson, partnered with the group in 2014.

Amy McNicholas founded Live Like John in July 2011 — shortly after her 15-year-old son died from a malignant brain tumor. John McNicholas was diagnosed with the disease March 31, 2010, and died 10 months later.

"Collaboration has always been key for us moving forward," McNicholas said. "It's the only way we are going to do it." 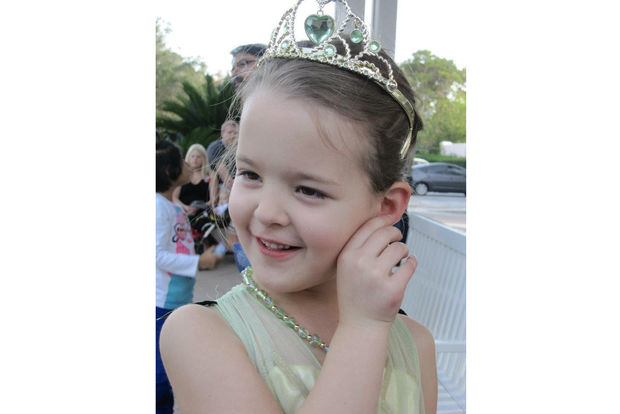 The goal for McNicholas is to improve treatment options for children battling brain tumors. She said many of the drugs and therapies used on John, Abby and others date back more than 30 years. Most of these treatments were also developed for adults and some continue to be prescribed despite being proven largely ineffective, she said.

Other parents with children stricken by brain tumors — including Kevin and Kristyn Wujcik — have bought into McNicholas' approach and together they're raising money to fund research at the Streeterville hospital. In fact, the foundation awarded a $500,000 donation to researchers on Dec. 1.

Six doctors that McNicholas branded as the "dream team" are working on a two-year, collaborative effort to look at how brain tumors grow. The goal is to identify the similarities and differences among various types of tumors and recommend new treatments.

Meanwhile, McNicholas is working to fund the remainder of the project. She intends to come up with another $500,000 to pay for the effort in full. She ultimately hopes this seed money will be enough to make a case for government-backed research.

The McNicholas group primarily raises money through local events such as its Live Like John Softball Tournament at St. Rita High School in Ashburn and the annual Beverly Hills Turkey Trot. Live Like Leah also hosts a softball tournament. 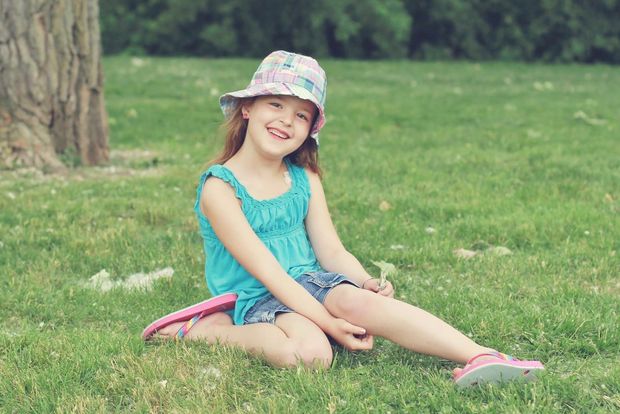 We Are Abby's Army has changed its name to Live Like Abby. The charity was founded by family and friends of Abby Wujcik, 8, of suburban Oak Lawn. Future donations will fund research on pediatric brain tumors. [DNAinfo/Supplied Photo]

"Looking at what [Live Like John] has done and knowing we would be a part of that drew us to them," Kevin Wujick said.

The fundraiser will not only contribute to the ongoing research effort, but it also gives Abby's friends a way to celebrate the life of their friend who died Aug. 28, 2013. Abby Wujcik was 8 years old when she died and had endured 115 chemotherapy sessions and 33 radiation treatments.

She was diagnosed on May 22, 2012, shortly after the school nurse noticed her struggling to cut paper. Abby's brain tumor was found in her thalamus and described as, "pretty much the worst you can get," Kevin Wujcik said.

Still, Abby fought the disease courageously and maintained her sense of humor even as steroid treatments tied to the cancer therapies changed her from a skinny first-grader to a puffy patient. And all along the way, she documented her treatment with a beaded chain.

For each clinic treatment, she'd add a bead. A glow-in-the-dark bead was added after each dose of radiation. And if she had a particularly rough day, a bumpy bead was added. In the end, Abby's beaded chain stretched 17 feet long. It's made up of 463 beads.

"No other child should have to go through this," Kristyn Wujick said. 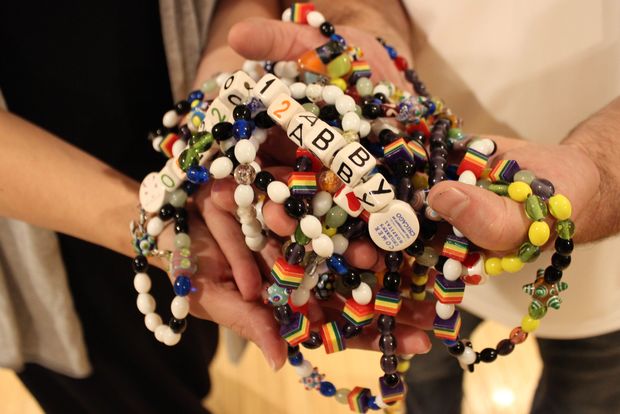 The late Abby Wujcik, 8, of suburban Oak Lawn documented her brain cancer treatment with a beaded chain. For each clinic treatment, she'd add a bead. A glow-in-the-dark bead was added after each dose of radiation and so on. In the end, Abby's beaded chain stretched 17 feet long. [DNAinfo/Howard A. Ludwig]