NORTH PARK — A college rite of passage played out for the first time ever at Northeastern Illinois University on Friday as parents dropped off students — and their piles of belongings — to take up residence on campus.

Incoming freshman Luz Colin, 18, received an assist from outgoing President Sharon Hahs as she set up house in The Nest.

"I never had a room to myself," said Colin, who now has her own bedroom, plus a kitchen and living area she'll share with the three suite-mates she's been chatting with online for months.

With two younger siblings at her Edgewater home, Colin, who plans to major in criminal justice studies, said she was looking forward to peace and quiet while studying in her room or at NEIU's library.

Wait — Colin thinks dorm life will be calmer than living at home?

Though admitting it was "a little heartbreaking" to be venturing off on her own, Colin said she's comforted that she isn't moving all that far away.

"I can visit whenever I want," she said.

Adding a residential component to campus life at NEIU was first proposed in a strategic plan developed in 2008.

The university, founded in 1867, has long been an affordable commuter option for Chicagoans. But The Nest "opens up many possibilities for our students" and will boost NEIU's recruitment efforts not only locally, but statewide, nationally and internationally, said Carlos Azcoitia, chairman of NEIU's Board of Trustees.

Colin said the promise of The Nest sealed the deal on her decision to enroll at NEIU.

"I wanted a dorm," she said, and when she learned of the new housing option, she was the first to sign a lease.

The six-story Nest has the capacity to house 432 students and 8 live-in staff. Nearly 300 students have signed up for housing, exceeding NEIU's first-year commitment to American Campus Communities, which is managing the residence hall on the university's behalf, according to NEIU spokesman Mike Hines.

"We had some sign up as recently as yesterday," Hines said.

The construction of student housing at NEIU, 5500 N. St. Louis Ave., has not been without its detractors. Though The Nest is situated within the university's campus boundaries, plans also call for residence halls to be built on Bryn Mawr Avenue. NEIU exercised eminent domain to snap up privately held properties on Bryn Mawr, a move protested by a vocal contingent of neighbors.

Of those protestors, many urged NEIU to gauge demand for housing by building on its own campus first.

With The Nest not filled to capacity, where does that leave plans for Bryn Mawr?

"It's going to happen," said Hines, though he couldn't specify a timeline.

"We're going to concentrate on getting [The Nest] up and running," and then turn attention to Bryn Mawr, he said.

The controversy over Bryn Mawr was the furthest thing from the minds of students and their parents on campus Friday. For junior Bella Vargas, there's nothing but upside to The Nest.

She's signed on as a resident adviser and said living on campus — versus commuting from her home in Pilsen — will make a world of difference.

"I'm going to be saving a lot of time and a lot of stress," said Vargas, 20, whose trip to NEIU via train and bus often took up to two hours.

"I'll be able to catch up on sleep and be more involved on campus," she said. "My freshman year, I just came to class and went home."

"I'm really glad they built [The Nest] while I was still here," Vargas said.

Studies show that living on campus improves student performance, increases retention and builds stronger ties between a university and its alumni, said NEIU Provost Richard Helldobler, who will take over from the retiring Hahs as interim president at the end of September.

"It will transform the lives of our students," said Helldobler. "Instead of commuting, they'll be able to use that time to study and build friendships."

Those benefits will cost, of course. Housing per semester, depending on which room configuration a student selects, ranges in price from $4,050 to $5,094 (the cheaper option is sold out).

For parents like Rachael Hubbard and Chris Winga, who stood guard curbside over their daughter's possessions while she registered inside The Nest, the expense is worth it.

When they were in school, Hubbard, who attended various City Colleges, commuted, whereas Wingba lived on campus at Northern Illinois University. The couple, who live in Auburn Gresham, wanted their daughter to enjoy college life to the fullest.

"It's an experience to live on your own without your parents' interference," Wingba said.

The estimated cost of The Nest is $34.2 million, with NEIU contributing $3.5 million. The remainder was financed via bonds, according to a statement from the university.

The Collegiate Housing Foundation assisted with financing for the residence hall, and American Campus Communities entered into a "ground lease arrangement" with NEIU to own and operate the building for 10 years longer than the 32-year bond term. NEIU retains ownership of the ground on which The Nest was built. 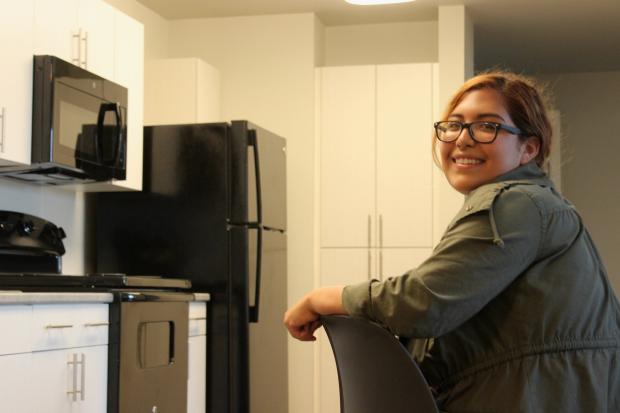 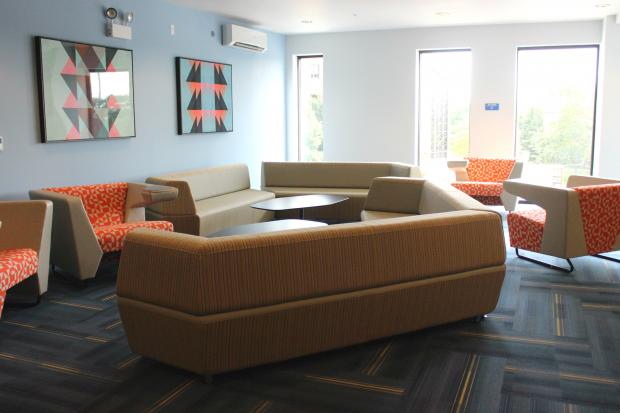 Each of The Nest's six floors includes a common area with study rooms off to the side. 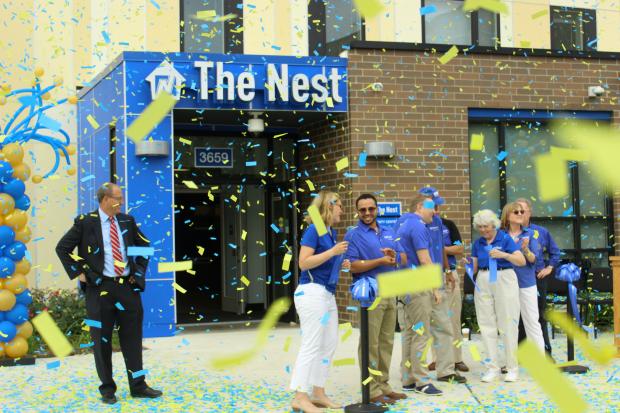 The grand opening of the The Nest was cause for confetti. 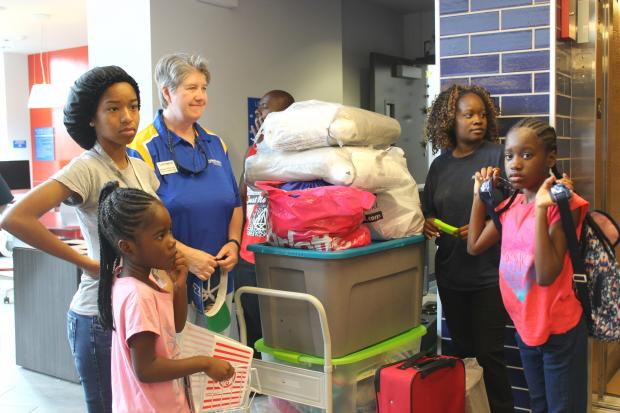 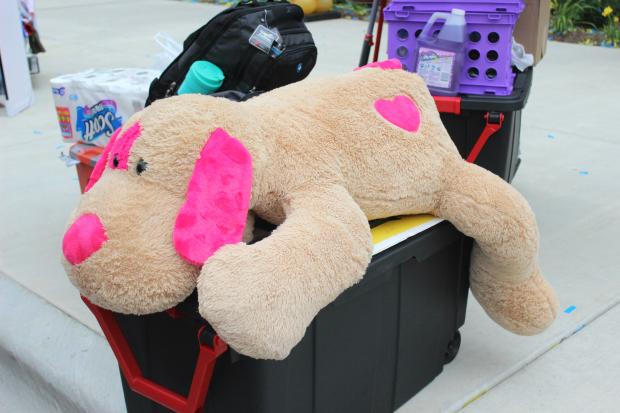 A college freshman and her BFF can not be parted.

For Tom Skilling, Living In Edgewater Is A Weatherman's Dream