Albany Park Pop-Up People Spot Has Message: It's OK To Talk To Strangers

ALBANY PARK — It's a lesson we're taught from the earliest age: Don't talk to strangers.

A team of teens turned that advice on its head Wednesday, creating a pop-up "people spot" in Albany Park designed to encourage neighbors to do the opposite.

Erected from a jumble of brightly painted boxes, the people spot at 4456 N. Kedzie Ave. was the culmination of a summerlong, design-oriented apprenticeship program, Territory, which is funded through After School Matters.

Last year's Territory team came up with concepts for bike racks that symbolized Albany Park's diversity, and this year's crew built on that work.

The majority of people queried responded with a reference to Albany Park's diversity, but at the same time the students learned that the multitude of cultures and languages spoken by residents hinders neighbors communicating, Valentine said.

The team visited a people spot in Lakeview and thought it was a great way to bring folks together, said Stephanie Burdin, who attends Northside College Prep High School.

"It's a place where people can stop and sit and interact," said Patrycja Kepa, also a student at Northside.

On Wednesday, the teens, under the supervision of the organization's founder, architect Helen Slade, blocked off a small section of Kedzie in front of Territory's temporary summer digs.

One hundred boxes — painted purple, yellow, green and a reddish color dubbed "Heart of Albany Park" — were set out for visitors to rearrange into "chairs" and "sofas." The colors could be used in future people spots, though they may take on a different format than boxes.

One solution to the language issue: Sidewalk chalk was supplied, both for drawing on pavement and the boxes, as a way for people to express themselves without using words.

"Art is understood by anyone," said Kepa. "Everyone can understand a picture of a sun."

Arly Hernandez, a member of the Territory team, said she was pleased to see so many tots enjoying the space.

"That's something we talked about. We wanted it to be a people spot for all ages," said Hernandez, who's headed to Lake Forest College in the fall.

Though the people spot was only in place for a few hours on Wednesday, the Territory team is in talks with local officials to explore applying for a people spot permit in 2017. 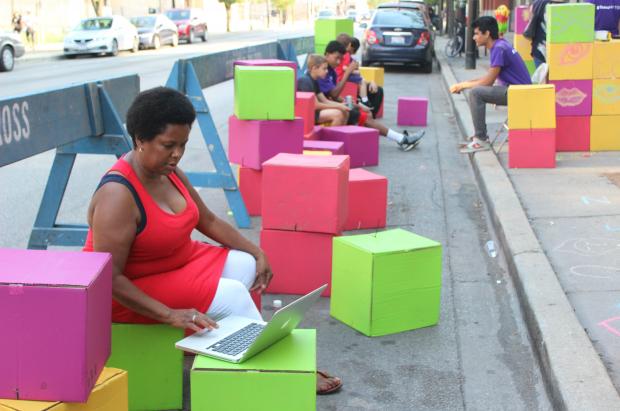 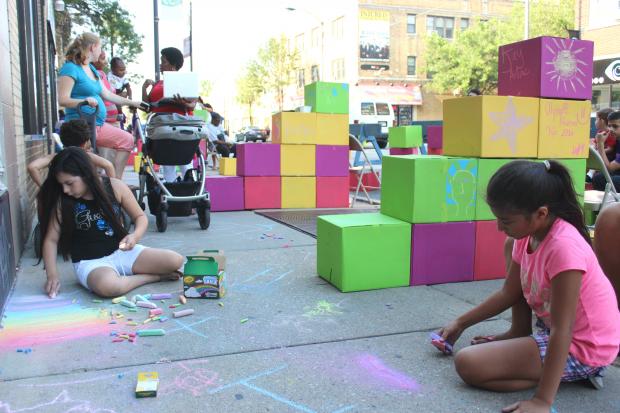 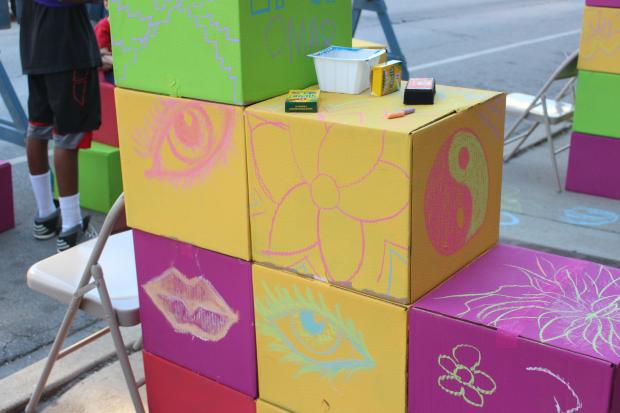 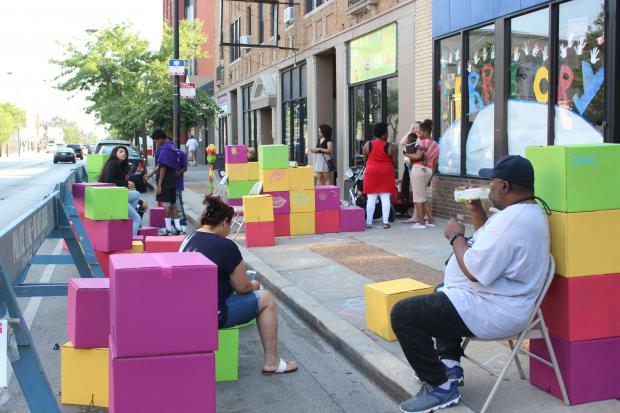 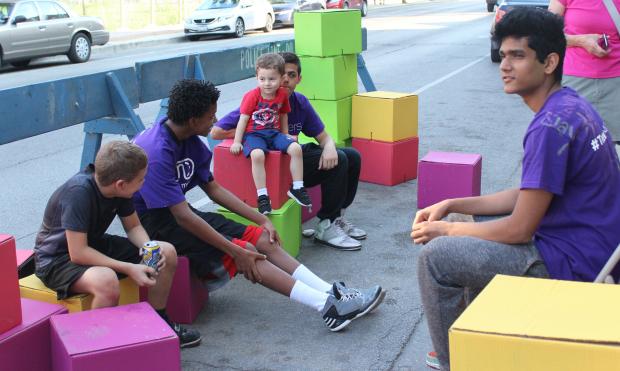