WEST TOWN — Multiple videos showing parts of the Chicago Police shooting of a unarmed teen at the end of a car chase were publicly released Friday, "shocking" the agency that reviews police shootings and prompting the dead teen's family to call for a special prosecutor.

Two officers can be seen firing at Paul O'Neal, 18, as he passes them in a stolen Jaguar on a residential street in the South Shore neighborhood. Officers are also shown chasing him, catching him, grabbing his head and pushing it down and then cuffing him after he'd been shot.

None of the videos released appear to show the fatal shot or shots that killed O'Neal, although gunshots can be heard in the background of one officer's bodycam footage, after O'Neal runs from the stolen car.

Yet O'Neal's lawyer and supporters say the videos show plenty.

The 18-year-old was shot and killed by police at 7:30 p.m. on Thursday, July 28 near 74th Street and Merrill Avenue after a stolen Jaguar he was in smashed into a squad car and O'Neal ran off into the neighborhood.

There is also bodycam footage from those two officers, each showing them firing as O'Neal drives by, and then chasing after him after O'Neal crashes and runs away.

While several of the videos show officers firing, there is no video that clearly shows O'Neal being hit. Representatives of O'Neal's family say he was shot in the back while running away. Shots can be heard on body camera footage during the chase, and one officer can heard asking who was firing.

The videos capture the chaos in the minutes leading up to O'Neal's death, with shots fired from various people and officers shouting in an effort to figure out who was firing and whether shots were fired by the suspects. Representatives for O'Neal's family said he was unarmed, and police on the videos do not appear to find a weapon.

Dean Angelo Sr., head of the local Fraternal Order of Police union, emphasized that chaos in the heat of the moment in urging Chicagoans to avoid a "rush to judgment" based on the video evidence.

"As the Chicago Police Department continues its investigation, the Fraternal Order of Police awaits further developments and communications concerning this incident," Angelo said in a statement. "While there are multiple aspects to consider pertaining to the released videos, it is important to be mindful of how rapidly this event unfolded. Due to the fact that this chaotic incident occurred in a matter of moments, each individual perspective needs to be taken into consideration."

Yet, on one video, as O'Neal is bleeding in a yard, one officer who opened fire laments he'll now be forced on desk duty, required under the Chicago Police policy after police-involved shooting. "[I'll be] on the desk for 30 goddamn days now," the officer says on the body cam video.

The videos show two of the officers who fired shots had very different reactions in the aftermath of the shooting. In one video (Bodycam Video #1), the officer who complains about desk duty tells other officers, "I shot at the car after it almost hit you." He later tells another officer, "he almost hit my partner, I f---ing shot at him."

The other officer who fired shots (which were not captured live on a body cam) is heard panicking following the shooting. Other officers ask how many shots he fired ("about five") and tell him to relax.

Oppenheimer said the conversations following the shooting were telling: "One officer says, 'Why'd you shoot?' He never shot, he never had a gun, there was no reason to believe that he was shooting."

The videos were called "shocking and disturbing" by the Independent Police Review Authority, which is tasked with probing the shooting. The embattled agency released the videos just eight days after the shooting occurred, an unprecedented move.

"At the end of the day, you do see the officers shooting into the vehicle," said Ja'Mal Green, an activist working with the O'Neal family, after watching the videos. "But Paul O'Neal was not shot then. What you do see is ... [while he was] running from the gunshots, they shot him and killed him. ... It's ridiculous. He was running away."

Oppenheimer said the officers were "judge, jury and executioner" when they opened fire on O'Neil as he fled from an allegedly stolen car.

"We just watched the family watch the execution of their loving son," Oppenheimer said Friday morning after viewing the videos with O'Neal's family. "It is one of the most horrific things that I have seen aside from being in a movie. These police, these police officers decided to play judge, jury and executioner. The family was so distraught ... that they have left."

O'Neal's sister, Briana Adams, spoke for the family later in the day, breaking down at one point when she spoke of his goals and aspirations.

Chicago Police Supt. Eddie Johnson has already moved to relieve three unnamed officers of their police duties for violating department policy in the incident. That includes the officer who shot and killed O'Neal and two others who opened fire. After the release of the videos, Johnson said if officers indeed broke rules, they'll be held accountable.

"My promise to the people of Chicago is that we will be guided by the facts and should wrongdoing be discovered; individuals will be held accountable for their actions," Johnson said in a statement.

"The shooting of Mr. O'Neal has raised a lot of questions about whether departmental policies were followed. While IPRA conducts a thorough investigation, we will not wait to look for ways we can learn from this incident. ... You can expect this department to be open and honest about what we discover and we will work together with our community partners to implement solutions."

Clearly attempting to address criticism that has led many, including Mayor Rahm Emauel, to call for the review authority to be shut down and replaced, IPRA released the video on its web portal at 11 a.m. Friday — well ahead of the 60 days it had previously set as its standard.

"As with every investigation, where we believe information can be released to the public without jeopardizing the investigation, we do so, even if it is before the 60-day timeline outlined in the city’s transparency policy," said Chief Administrator Sharon Fairley. "We have made that determination here, so we are releasing this information that we understand is of utmost public interest." 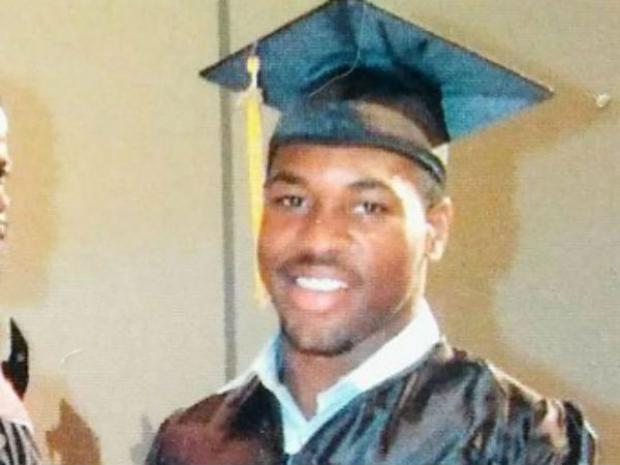 Fairley emphasized that an investigation into the incident is ongoing and that "this video material, as shocking and disturbing as it is, is not the only evidence to be gathered and analyzed when conducting a fair and thorough assessment of the conduct of police officers in performing their duties."

The release of available video and records from the fatal shooting did not include any footage from the bodycam reportedly assigned to the as-yet-unnamed officer who shot O'Neal in the back as he fled from an allegedly stolen car.

Police Department spokesman Anthony Guglielmi said earlier this week that, although the officer's district had been issued bodycams within 10 days before the shooting, the officer's bodycam "didn't capture [the] fatal encounter."

Charles O'Neal, uncle of Paul O'Neal, issued a statement on behalf of the family earlier this week saying:: "Now is not the time to examine the alleged actions of a young man who cannot defend himself. After all, he was found guilty and sentenced already. He has no higher price to pay for his mistakes, real or imagined." 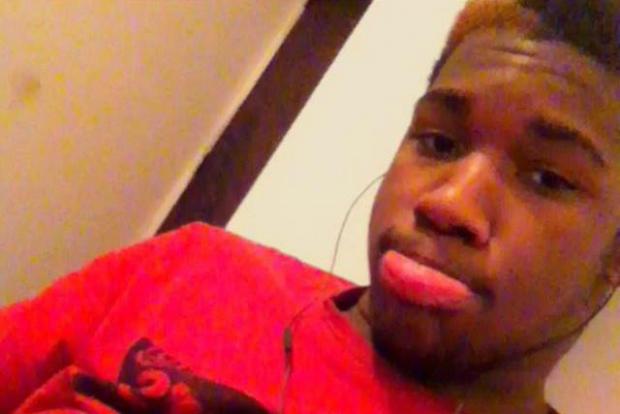 At a press conference preceding the release of the video, Green decried the police "code of silence" and warned that protests would likely follow Friday's IPRA release.

"They want us to be held accountable in our communities and break our code of silence? Well, we want that for the Chicago Police Department as well," Green said. "We want a relationship with the police department. But things have to change."