Variety Comics To Be Reborn As Esquina, A Hub For Creative Superpowers

LINCOLN SQUARE — For 40 years, Variety Comics was more than just a place to buy the latest "X-Men" title, it was a second home for people who formed a tight-knit community around their common passion.

"I went to the closing party in October and I got really emotional hearing everyone's story who'd been coming here," Suzanne Miranda said.

Miranda happens to own Nomadic Ant, the jewelry store adjacent to the now-vacant Variety, and when her landlords asked if she would like to use a portion of the former comics shop as storage, she countered with a better idea.

On Friday, Miranda will unveil Esquina, a Spanish word that translates as "corner," at 4602 N. Western Ave.

The goal is to replicate Variety Comics role as a neighborhood hub — minus the comics — and bring some vibrancy to a part of Lincoln Square that's off the beaten path.

"Our city is losing places where people can come together," Miranda said. "It's a space for people to go who don't want to be in a bar. It's a space for getting to know your neighbors — I feel like people have forgotten how to do that."

She envisions a rotating lineup of pop-up shops and events — movie nights, acoustic music, art exhibits, poetry readings, travel talks and record swaps. In a nod to the storefront's former tenant, she's billing Esquina as a place where "people can meet to explore their creative superpowers."

"We'll just see what people want," Miranda said. "I'm trying to open it up to people's ideas and see what works."

Miranda is also intent on preserving another of Variety's hallmarks: the tradition of exterior murals.

The building was notably decked out in eye-catching paintings of Captain America, Superman and Thor, among others. The panels were removed when the comics shop closed, revealing older, decaying layers of superhero artwork underneath.

Miranda is in the process of recruiting artists to restore whichever of the murals are salvageable, or to create new art where restoration isn't an option. (Interested? Email esquinachicago@gmail.com.)

"I want to maintain the corner for art," she said. "That's really important to me." 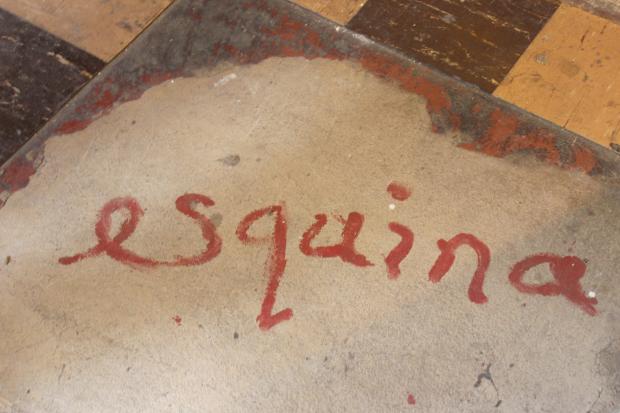 Esquina is a Spanish word that translates as "corner." [All photos by DNAinfo/Patty Wetli] 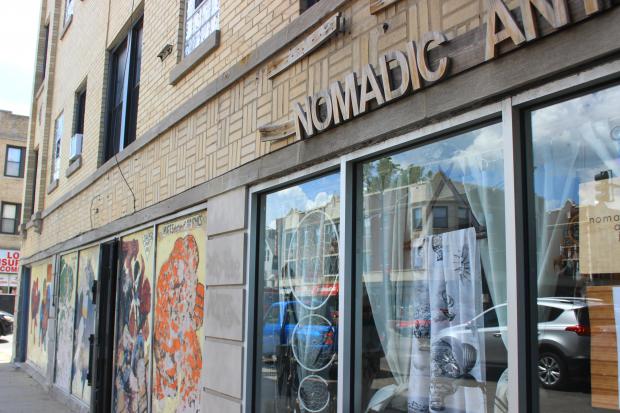 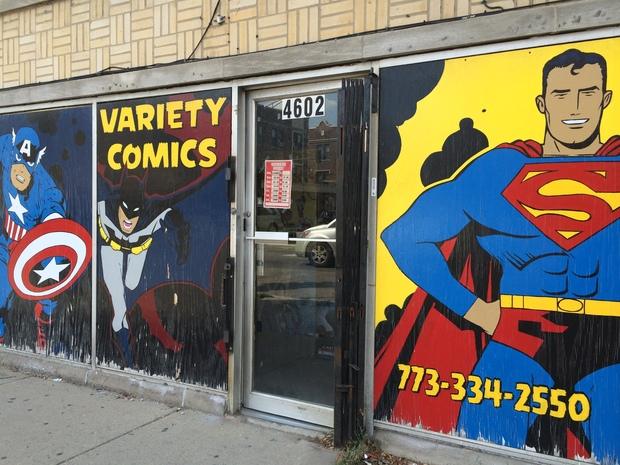 Variety Comics closed in October after 40 years on Western Avenue.