Marriage Proposal Do's And Don'ts From Chicago Restaurants That Know

CHICAGO — Of all the marriage proposals Jeff Lawler has seen — and in his 22 years at Geja’s Cafe, he’s seen thousands — this one had to have been the oddest.

The man had come to the fondue restaurant at 340 W. Armitage Ave. days in advance to choose a table and fine-tune the details of the menu, a two-hour affair.

The big night started out smoothly: Wine and cheese fondue for the first course, which usually takes about 20 minutes while the oil for the main course heats up.

“So he says after about five bites of cheese, ‘OK, I’m ready for our dinner,” Lawler said.

Janet shares some do's and don'ts for restaurant proposals.

Three pieces of surf ’n' turf later, “He says, ‘OK, bring out the chocolate fondue.’ Now, these are not big tables. You start adding everything on, there’s a lot of crap on the table. And this is all within 25, 30 minutes tops,” Lawler said.

But dessert came out as requested and after one chocolate-dipped marshmallow, the man left the table, went to the coat room and returned with a box. A large box.

“He proposed with a pair of shoes,” Lawler said.

She said no, he started crying, Lawler poured him a shot of tequila “to take the edge off” … and the couple left. (In case you’re wondering, they got married after all, according to the woman’s mom, whom Lawler met by chance three years later.)

Rarely do marriage proposals implode so spectacularly in public yet lead to wedding bells, according to Lawler and staff at other Chicago restaurants where proposals happen nightly.

“Thankfully, most of them are successful. Some we see again for repeat anniversaries,” said Natalie Labun, general manager at the lauded North Pond, 2610 N. Cannon Drive, whose bucolic Lincoln Park setting inspires at least five people a week to get down on bended knee.

They're seeing some emerging trends: the woman as proposer, and same-sex couples getting engaged.

No matter what the circumstances of the relationship or how romantic the restaurant is, a few things are certain: The potential for “no” always looms, and people will never stop proposing in restaurants.

For those thinking of popping the question over a plate of peppercorn-crusted tenderloin, Lawler, Labun and Wesley Conger, general manager of The Signature Room at the 95th, another popular proposal spot, offered the following advice.

It’s a giant leap, asking someone to marry you. But when you do it at a restaurant without letting the restaurant know, that’s free-falling with a stuck parachute.

At Geja’s, about 25 percent of guests who propose come in that very night without a reservation. And guess what? “They get a crappy table,” Lawler said, not out of spite of course, but because everyone else made a reservation.

Get a reservation. Talk to a manager. Write it in your online reservation; Labun sees this frequently and it’s very helpful, she said.

Restaurants will do their best to seat you at a prime table, and they’re full of ideas and the tools needed to execute them — hiding the ring in the bread basket, writing “Will you marry me?” in fancy chocolate script on the dessert plate or printing it on the menu, for example.

OK, so you’re already a cliche by deciding to propose at a swanky restaurant. But you don’t have to be so predictable on the timing.

Marriage proposal season at restaurants peaks around major holidays. If you stick to the offseason, you’re less likely to have to share your special moment with other couples. (It happens. Lawler and Labun each can recall when they’ve had three engagements in one night.)

And consider a weeknight instead of the more popular weekends. At the Signature Room, it’s easier to get a window table then, Conger said. 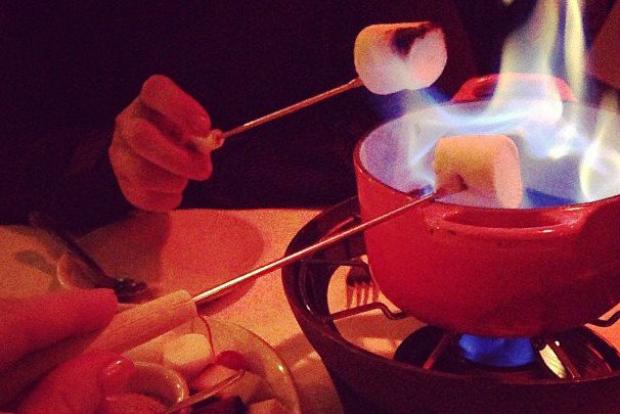 3. Be mindful of fellow diners

Of course you’re excited, but there are other people in the room and you don’t know them. Maybe they’re on their third divorce. Maybe they’re interviewing for a job. Maybe they need a quiet night out.

Remember that you don’t own the place (unless you actually do) and that others around you might not clap (they probably will) or even care.

“If someone wants to bring in a three-piece band … no,” Lawler said.

4. Videotaping is generally a bad idea

It’s natural to want to document the momentous occasion. Lawler and Labun have had people go so far as to hire photographers to pose as customers so they can capture candid shots.

But surreptitious video crosses the line. Labun remembers one man who asked if his friend, a government employee of some sort, could set up small cameras and microphones — “all this spyware,” as Labun called it — around the dining room at North Pond, which seats 60.

“I spoke to him beforehand and said we couldn’t allow it because of the privacy of our other guests,” she said.

They brought the recording devices anyway, which prompted Labun to pull them aside for a less pleasant face-to-face chat. “They overstepped their bounds a little bit,” she said.

The guy who proposed with the pair of shoes was painfully nervous, which is why he rushed through dinner, his mother-in-law told Lawler.

That’s why Conger argues for getting it out of the way early. “You can enjoy your meal instead of being nervous,” she said. And if you’ve planned ahead, the restaurant will have the bottle of bubbly ready the minute you hear "yes."

6. On second thought, wait until the end

If he or she says “no,” the rest of the evening will feel like utter hell, and even Michelin-level food will taste tasteless.

So hold on to the big reveal, order what you want and chew through your nerves.

“Because once it happens, that’s the only thing going on,” Labun said.

How do restaurants handle a no? As delicately as a souffle, whether that means getting an elevator or a table in the lounge and a stiff drink as quickly as possible for the injured party, Conger said.

Restaurants also have been known to comp part of all the meal, though that likely isn't enough to ease the sting of a proposal gone south.

Or the shoes, if that’s how you roll. 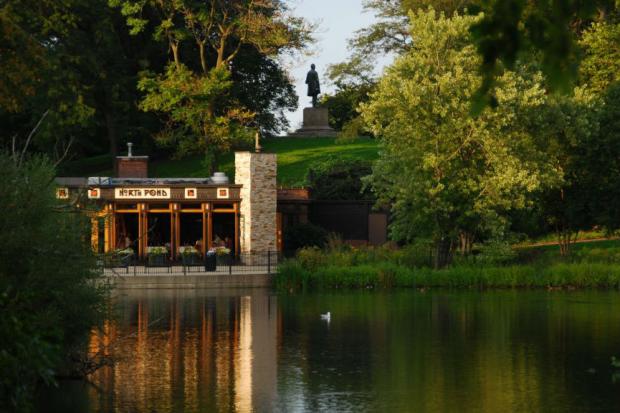