LINCOLN SQUARE — A boy was struck by a car in the alley behind Giddings Plaza Thursday evening, just as crowds were gathering for Lincoln Square's weekly concert.

The Chicago Fire Department did not immediately have information on the boy or the accident. Comments on social media indicate the youngster, between the ages of 8 and 10, was released from the hospital with no broken bones.

Ald. Ameya Pawar (47th) said he was told by police that the car was just beginning to accelerate after stopping at a stop sign when the boy darted into the alley on his skateboard.

The incident has some residents clamoring for additional safety measures that would better block off the plaza from the alley, particularly during concerts, which routinely draw hundreds of people, including many young families.

The plaza is sandwiched between Lincoln Avenue and an alley, with Giddings Street terminating in a cul-de-sac adjacent to the alley. (Prior to a reconfiguration of Lincoln Avenue in the 1970s, Giddings fed into Lincoln). The alley is used by both residents and businesses.

"There is no buffer zone between a safe play space and a busy street," one resident posted to Facebook. "Square and alley pretty seamlessly meet."

According to a statement from the Lincoln Square Ravenswood Chamber of Commerce, which sponsors the concert series, measures already in place include: the presence of off-duty Chicago Police Department security officers, orange safety cones placed in the raised crosswalk on Lincoln Avenue where the plaza joins the street, as well as safety flags and caution signage in the alley.

There are also speed bumps in the alley and, the statement added, the concert performance stage was moved to the rear of the plaza this summer to discourage children and adults from spilling into the alley.

"We are sorry that a child was injured on the perimeter of our Summer Concert Series," the chamber said. "Our hearts go out to all involved — safety is our number one priority.... We hope that all families take this unfortunate accident as an opportunity to stay safe and alert while crossing streets or alleys."

Pawar said attendance at the concerts and the popularity of the plaza has "increased exponentially" in recent years, sparking complaints from constituents to his office not only about safety but about whether the concerts have outgrown the plaza.

"This is a gem in the city of Chicago — the concerts are not going away, they are absolutely the right thing to do," Pawar said.

But the community does need to begin considering whether the stretch of Lincoln Avenue between Leland and Lawrence, which includes Giddings Plaza, should be permanently closed to traffic.

"I'm trying to put in place a longer-term vision," he said. "Now is the time to start talking about this."

In the near-term, the alderman said that people need to be vigilant when attending events or otherwise just hanging out in the plaza.

"I understand the plaza feels very Mayberry-ish but it is still a thoroughfare in the third-largest city," Pawar said. "People believe this is a hamlet, a suburb within the city ... there is still a lot of traffic."

Thursday's incident highlights the need for adult supervision even in a plaza that feels very quaint, he said. 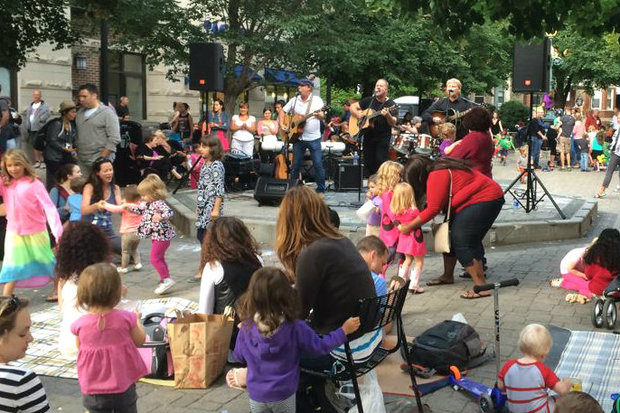 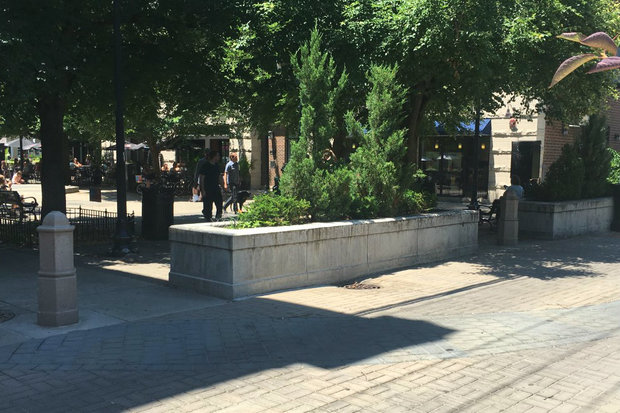 View from the alley adjacent to Giddings Plaza, looking into the plaza. [Lincoln Square Ravenswood Chamber of Commerce] 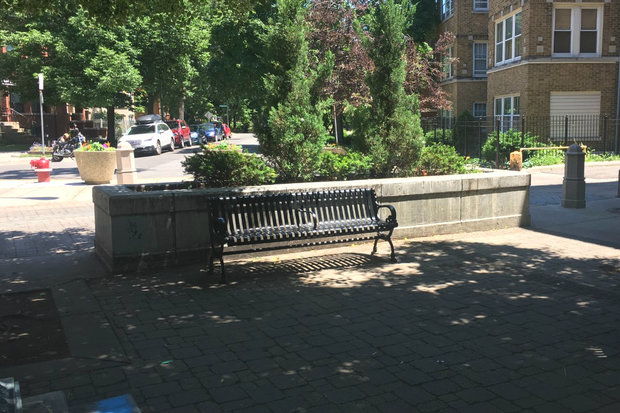