What's In Your Yard? Waters Students Count 133 Species During 'Bioblitz'

Students at Waters Elementary discovered an amazing diversity of plants, animals and fungi in their own backyard during a campuswide "bioblitz" on Wednesday.

Led by ecology teacher Pete Leki, youngsters in grades three through eight were armed with clipboards and iPads and set loose on the school's grounds, 4540 N. Campbell Ave. Their mission: to see how many organisms they could spot and give a name to.

Naturalists from across the city were on hand to assist with IDs, pinpointing generic "bugs" and "plants"  as Narcissus Bulb Fly and White Wild Indigo, among others.

"I pulled a little bit of the stem — it's really spicy," he said.

Over the course of the day, students observed 133 different species, which they were asked to draw and supply three facts.

"It gives them greater discernment on their way to becoming a more informed and thoughtful human being," said Leki, who himself was thrilled to find a milkweed beetle.

Parent Amy Yoder said Waters, and the school's ecology program in particular, was the main reason her family moved to Lincoln Square six years ago.

"Where else do you find this?" Yoder asked, as she surveyed the scene of youngsters scattered throughout Waters' garden.

"It gets our kids outside ... not just stuck in a classroom," she said. "It's fun and they're learning."

The bioblitz was funded by the U.S. Forest Service's Urban Connections program.

"The value of forestry in an urban area and connecting young people to natural resources at an early age is it encourages them to preserve those resources," said Drew Hart, Chicago region naturalist with the Forest Service.

Pointing to a massive bur oak on Waters' campus, Hart noted, "That wouldn't be here if the community didn't care" about maintaining green space.

"We're creating advocates for the natural world for the next generation," he said.

Results of Waters' bioblitz can be viewed online via the iNaturalist website/app.

Hart said it would be great to see neighborhoods organize communitywide blitzes. Observations, even of a neighbor's native plants, can spark conversations and greater understanding of the connection between plants, birds, insects and humans, he said. 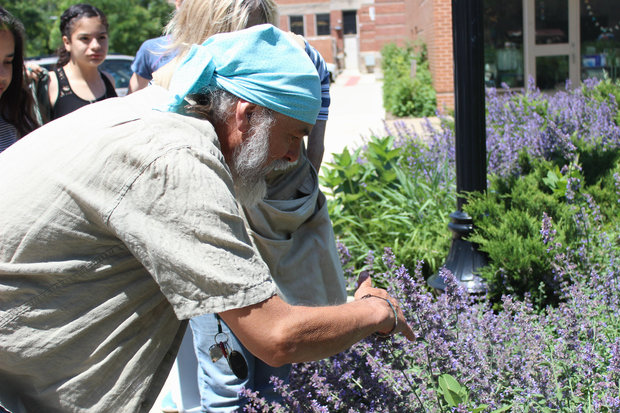 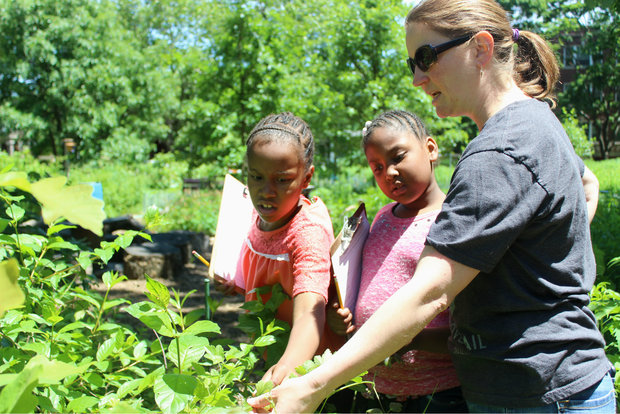 Parents and naturalists were on hand to help students ID various species of plants and animals. [DNAinfo/Patty Wetli] 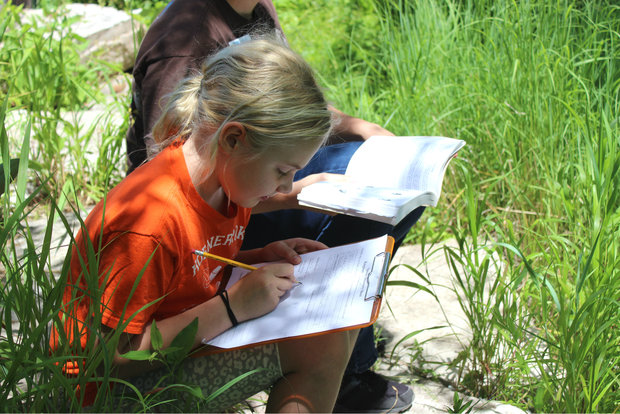