CHICAGO — An Albany Park resident and activist for transgender people is trying to raise money for a surgery he hopes can change his life.

Eli Nelson, 25, is a transgender man. He struggles with gender dysphoria, a feeling that his identity does not match the female sex he was assigned at birth, and has bound his chest nearly every day for more than two years. He can't leave his house or go to work without doing it, he said.

But Nelson has sprained his ribs through binding, he said, and has found it hard to breathe. There's a chance he could break his ribs. His gender dysphoria has caused him intense emotional and psychological pain that led to the special education teacher taking a leave from work.

Fearing for his health, Nelson arranged a "top surgery" — effectively a double mastectomy, he said — that would be done this week so he could be healthy in time for school's start in the fall.

“Being able to have this procedure of top surgery will really impact and improve my daily functioning, living in incredible ways,” Nelson said. “This surgery would mean the freedom to do so much more.”

But, after months of planning and arranging, Nelson's insurance refused to cover the surgery, he said.

Their denial isn't unusual, Nelson said — the surprise was being informed just a week before his surgery was scheduled. 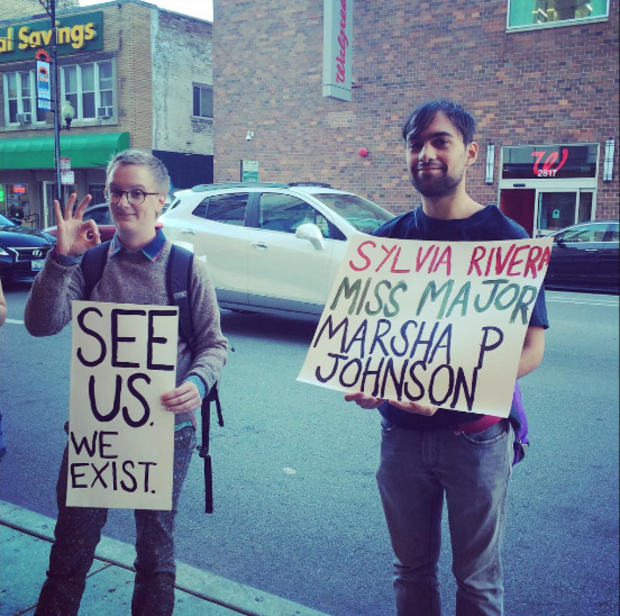 Eli Nelson (l.), a teacher and activist for transgender people, hopes to raise enough money to pay for life-changing surgery.

With just days left to raise the $8,500 he needs to cover his surgery, Nelson turned to GoFundMe. He's already raised more than $2,700 but needs to raise the rest of the money by Wednesday or he won't be able to afford the surgery, which is scheduled for Friday.

"Just like in the past few days I’ve been getting more and more donations from strangers, and I’m so honored to have those people contributing to this necessary procedure," Nelson said. “I think that when people contribute ... I’m really honored to receive that solidarity. It makes me feel seen and heard, which is really rare for a trans person.”

If Nelson is unable to raise the money in time for his Wednesday deadline, there's a chance his doctor would be available again later on this summer. But Nelson is worried that would conflict with his work commitments and keep him from his students.

And he can't imagine having to wait another year, binding and struggling with his dysphoria.

According to Lambda Legal, an organization that advocates in court on behalf of gay, bi-sexual and trangender people, "a growing number of employers" — including Nike, Microsoft and Google—are offering "trans-inclusive coverage as part of diversity initiatives."

The group says that Aetna, Cigna and Blue Cross/Blue Shield are "now including coverage of transition-related health care, although it is up to each employer to make sure that a plan is inclusive," Lambda says.