Chicago's Violent May Rivals Bloody ’90s: ‘Our Community Is Under Siege’

CHICAGO — This May was the most violent in 21 years, leaving at least 64 people dead — the largest number since the bloody days of 1995.

This year's spike in violence has similarities to the violent '90s, experts said, noting that feuds over drugs — crack cocaine in the '90s, heroin now — fed into the murders then as now. But there are also many differences.

Behind this year's surge is a toxic mix of cuts to social services, unemployment, hopelessness and distrust in police in the hardest-hit communities and an overworked, understaffed police force, experts said.

In all, there were 311 shootings and 388 people shot last month, according to a DNAinfo Chicago analysis of data. Sixty people were killed in shootings, with at least 64 homicides overall.

Seventy-two people were killed in Chicago in May 1995, according to data from the Chicago Tribune.

The people in those communities don't get the mental health care they need, the state's budget stalemate has led to much-needed social services being cut and many struggle with unemployment, McFarlin said.

Some people in those communities eventually come to feel "worthless" because of those hardships and the way they're ignored or dismissed by the media and the public, giving them a sense of self-hatred that can lead to violence against other young black people, McFarlin said. They're then imprisoned, where "they come out worse."

“If you live in a community and you constantly see people on the corner unemployed and then people trying to self-medicate for their depression or mental illness as as result of that, then you start saying, ‘We’re not worth anything. ... If I kill one of you, what difference does it make? You’re worthless because I’m worthless,’” McFarlin said.

“I think that imagery that we have within the communities that they’re just criminals and we don’t look at them as individuals that have been denied childhood ... and not looking at our responsibility in creating this situation is one of the issues. We have dehumanized them and just labeled them gangs and gangbangers and drug dealers.”

Those feelings have been around and fueled violence since the '90s and before then, McFarlin said. 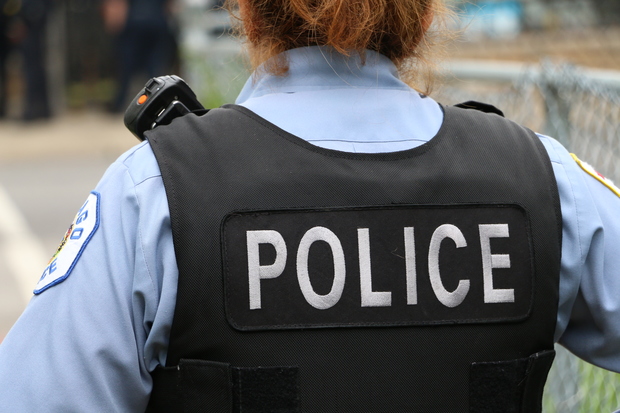 Another factor behind Chicago's spike in violence: The police force is understaffed and overworked, with some detectives juggling three or more open homicide cases at any one time, said retired Sgt. Peter Koconis. [DNAinfo/Kelly Bauer]

Instead of focusing on "exterminating" gangs, the city should work to help gang members realize they have value and a future, McFarlin said.

“We need more mental health services, educational resources, a sense of self-worth, employment opportunities. This is what they need. Locking them up does not solve the problem. When they go to jail they come out worse. Prison breeds more mental illness,” McFarlin said. “We should treat [gang violence] as if it’s an epidemic and put all the resources that we can into this, but also give them a sense of having a future.

“There’s a lot of hopelessness out here. A lot of these kids aren’t sure they’ll live past 21 years old. They look forward to dying. You get out of this misery.”

Peter Koconis, a retired Chicago Police sergeant who investigated gangs and corrupt officers for decades, said one of the key differences he sees in violence now versus the '90s is the lack of community cooperation: Police used to be able to develop informants or garner information from witnesses of violent crimes.

Now, no one is off limits from gang violence and people fear retaliation if they speak to police: Mothers, wives and children are shot, Koconis said, noting the assassination of 9-year-old Tyshawn Lee earlier this year. Lee was shot dead after the brother of one of his killers was slain in a gang feud, prosecutors have said.

People at CAPS (community policing) meetings don't tell police what they know about crimes because they worry gang members might have sent an informant, Koconis said.

They think “their windows will get shot out. … They’ll get shot,” Koconis said. “Our community is under siege.”

Police corruption cases have also eroded public trust in the force since the '90s, Koconis said.

RELATED: When People Don't Trust the Criminal Justice System, What's a City To Do?

Cooperation from communities has historically been key to solving murders, Koconis said, and witnesses can't be replaced by cameras. His own father was murdered by a gang member in 1969 and two witnesses helped put the killer behind bars.

“It’s not like that anymore. People are afraid to say, ‘I saw who it was or here’s the description,’” Koconis said. “It’s like the Police Department is an occupying force, and they look at it like that. ... That’s not what we want. [We want] cooperation with the public. If we can get a couple of people to step forward and a couple of people to start assisting and see that their system gets results" that would help fight crime.

How Gangs And Police Work

Gangs have splintered since the late '80s and '90s, when leaders like Larry Hoover and Jeff Fort were imprisoned, leading to more internal feuds and a lack of organization and leadership, McFarlin and Koconis said. That means gang members shoot and kill rivals without getting permission from a gang leader as they once had to.

There might be one larger gang in a district that is split into dozens of factions that each claim a block, Koconis said. Each faction might have eight to 10 people who end up feuding with the factions nearby over drugs or other issues.

“They’re shooting each other for violating each other’s turf. That didn’t happen in the ’80s and ’90s,” Koconis said. “There was structure. There was leadership. And there was control, and you did what your boss said.”

The gangs from the '90s didn't want a lot of attention from police, so they avoided “indiscriminate shootings of civilians and just drive-bys and things like that,” which are more common now, Koconis said.

And gang members — particularly the shooters — used to be in their 20s, but now many shooters are teenagers who might be in their teens while 11- and 12-year-olds carry guns so they get lighter sentences if caught than an older gang member would, Koconis said. 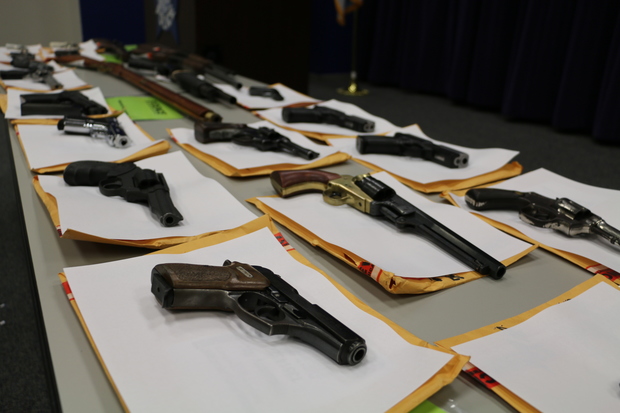 Police are struggling to get neighborhood residents to talk to them about gang crimes, said retired Sgt. Peter Koconis. [DNAinfo/Kelly Bauer]

The police force has also changed, Koconis said: It's been understaffed and overworked in recent years, leading to homicide detectives juggling "three or four or five" open cases at once. Stretched thin and without community cooperation, the department's homicide case clearance rate has fallen, Koconis said.

“It’s pretty dismal, isn’t it?” Koconis said of the problems facing the city.

But police have not gone "fetal," Koconis said, referring to a remark Mayor Rahm Emanuel made in October about police performance in response to fear that their every move is being videotaped by the public or overscrutinized. Koconis suggested that police are working but have been hamstrung by lengthy paperwork and the overtime they put in.

Courts and laws need to be toughened to help combat the city's spike in crime, Koconis said. The Police Department has supported those efforts in the past, calling for harsher gun laws that the department thinks can help prevent murders.

Koconis doesn't see easy solutions to fighting the uptick in gun violence, but said neighborhoods can help fight it.

“I don’t see anything getting better if the neighborhoods and the community don’t take back their blocks. If you can take a block back one by one, eventually you can put a stop to this,” Koconis said.

RELATED: Chicago Could See 700 Murders in 2016 As ‘Horrific’ Violence Continues

McFarlin, the professor from Northeastern, also said communities could play a significant role in cutting back on Chicago's violence. He suggested that resources like ones that help residents seek mental health care, find job opportunities or connect with local organizations like churches can help.

“I consider this a mental health issue. And when people are stressed out and you don’t have the resources to help them deal with their stress you’re going to see this type of destructive behavior,” McFarlin said. “What we consider senseless makes sense to them.

Communities used to play a large role in the lives of young ones, McFarlin said, and "people used to know people." The city has struggled without that.

“Now,” McFarlin said, “it’s like we’re afraid of the children.”