LINCOLN SQUARE — For Lincoln Square to retain its small-town feel, the neighborhood needs to become more crowded, according to Ald. Ameya Pawar (47th).

As he considers a zoning change request for a proposed five-story, 59-unit apartment and retail development at 2150 W. Lawrence Ave, the alderman said that density is necessary to support the mix of Mom and Pop shops that give the neighborhood its character.

"The whole point of 'a new Lawrence' was to get proposals like this ... to get more people living on Lawrence," Pawar said.

The loss of multiunit housing — via demolition or renovation — in favor of single-family homes is directly linked to vacant storefronts in the square, he said.

A more diverse population — in terms of age and income — is needed to attract diverse businesses, he said.

"I hear over and over, 'We don't want chains,'" Pawar said. "If people want to see rents on Lincoln stabilize so it doesn't go to chains, Lawrence has to become part of Lincoln Square."

The zoning change request for the former Surpless, Dunn & Co. building on Lawrence — on the northeast corner of Leavitt, across the street from the new Roots Pizza — still has to work its way through the community process, including a public meeting, he said. 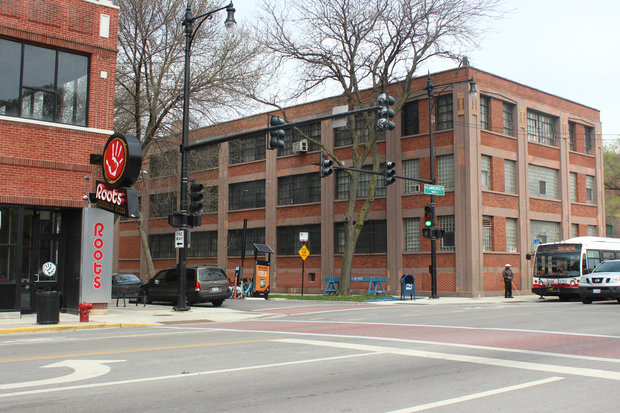 The Surpless, Dunn building, across the street from Roots Pizza, would be converted into a mixed-use retail/rental property after a $10 million makeover. [DNAinfo/Patty Wetli]

The $10 million project would make use of the existing building while adding a fifth floor, for a total height of 58 feet. Plans call for about 4,000 square feet of retail space and 59 one- and two-bedroom apartments ranging from slightly less than 800 square feet to 1,000 square feet. Fifty parking spaces would be provided for residents.

Pawar said he expects objections to the size of the proposed building.

"We've got home builders scooping up homes, and there's no community signoff when we go down [in density] but there's a knee-jerk whenever we go up," he said. "Losing housing units has resulted in a drop in population, and nobody seems to be worried."