What's It Like To Live Large In New Cubs Clubhouse? Take A Look (VIDEO)

WRIGLEY FIELD — It's no secret that the Chicago Cubs have been plagued for decades with the worst clubhouse in baseball.

Now, they might just have the best — or at least the most expensive.

The Cubs unveiled the 30,000-square-foot clubhouse Tuesday, two days after the team got its first glimpse of its "home away from home," as spokesman Julian Green put it.

The clubhouse features a 200-seat amphitheater, a player lounge and dining area, fitness center, hydrotherapy area and the media room.

While the Cubs won't say how much the clubhouse cost, it is "the most expensive of all the clubhouses built in the modern age, and I would assume more than any built in the past," said Crane Kenney, president of business operations.

CHECK OUT 360° VIDEO OF THE CUBS NEW LOCKER ROOM:

RELATED: Watch The Cubs Check Out Their Huge New Clubhouse

Building the state-of-the-art clubhouse underground "more than doubled" the cost, Kenney said. During planning stages about four years ago, the team realized how much space was required for players, trainers, coaches and medical officials to get their ideal spaces.

"We took it to [Cubs chairman Tom Ricketts] and said, 'We could do something dramatic, but the expense side will be a hard one,' " Kenney said. "And the answer was, 'Do it right.' " 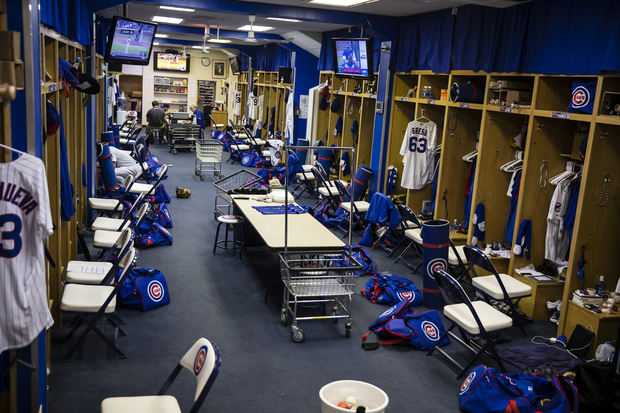 The result is a luxurious space featuring a circular locker room, meant to represent equality between players. Players had some options in picking their individual lockers, "so they can be next to their buddies and away from the players who deal with the most media," said Theo Epstein, president of baseball operations.

Just past the locker rooms, a new lounge and cafeteria have everything from air hockey and ping pong to a smoothie bar. The lounge is centered by a custom neon sign styled like the "Welcome to Fabulous Las Vegas" sign in Nevada, although this one welcomes visitors to the players lounge. 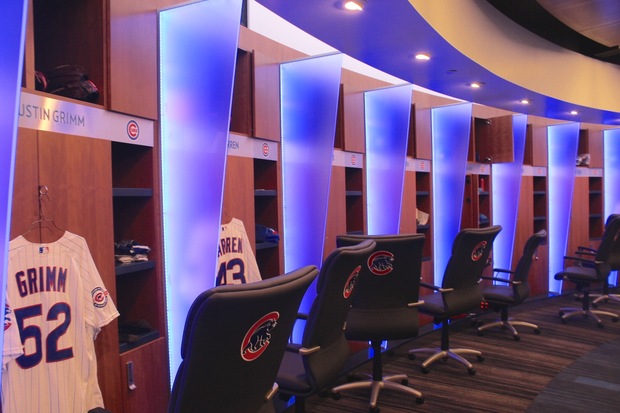 New training and rehabilitation centers will make it easier for players to recover from an injury and remain in Chicago. Left fielder Kyle Schwarber, for example, could complete all his physical therapy in the clubhouse after surgery for his ACL and LCL tears that benched him for the season, Epstein said.

"That would be terrific for him, because he can stay connected with his teammates, and we have all the equipment we need," Epstein said.

The hydrotherapy area is stocked with a hyperbaric chamber, two saunas, a float pod and an sensory deprivation tank.

The former locker room, known for its cramped quarters, has been turned into underground batting tunnels.

Previously, players used a net and tee to prepare in the old clubhouse. With the new facility, they can warm up against live pitches before, during and after games.

Nearby, what used to be the players lounge has been turned into an impromptu celebration room. After a win, players are treated to a light show complete with rainbow-colored strobes, a disco ball and a smoke machine. 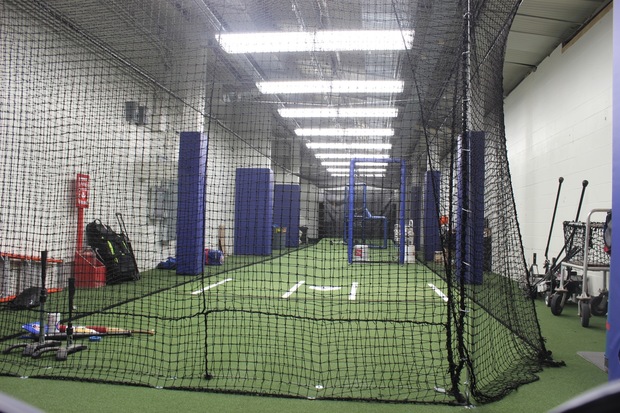 "It's great for camaraderie, it's great for morale," Epstein said. "Then after five minutes, they turn their focus to the next day's game."

While the lights were in place last year, as well, having the post-game celebrations in the old lounge made it more difficult for players to enjoy the experience, he said.

While the Cubs players are thrilled with their new clubhouse, the visiting team is stuck with the locker room players call the worst in baseball.

Visiting teams are using the old weight rooms and a temporary batting cage for now, although the Cubs plan to remodel the visitors clubhouse toward the end of the five-year restoration project.

"They'll get a facelift," Kenney said. "Not something like this." 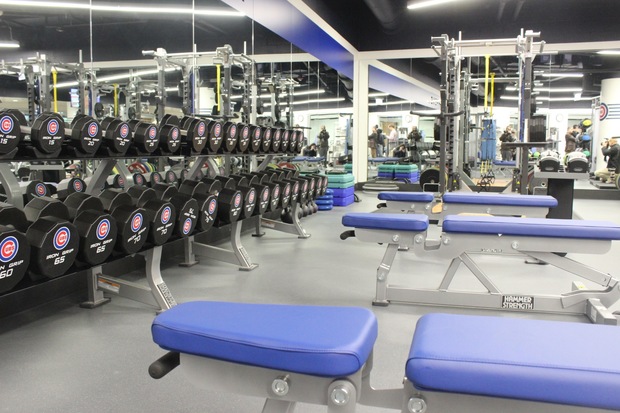 It won't come too soon: In a 2011 Sports Illustrated poll of major leaguers, players listed Wrigley as the worst visitors clubhouse.

The smallest in the majors, its carpet "seems perpetually dank," overhead pipes present a danger to taller ballplayers and there is a lack of a batting cage close to the dugout, a Wall Street Journal reporter noted in a 2012 story.

Put 20 reporters in there, and it gets even more jammed. There's no place to hide out," one player told the Journal. 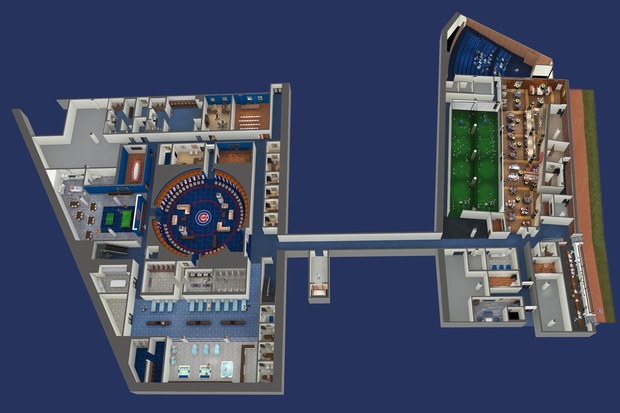 Renderings of the upper level of the Cubs' clubhouse include a batting cage, dining area, meeting room and an amphitheater. [Provided/Chicago Cubs] 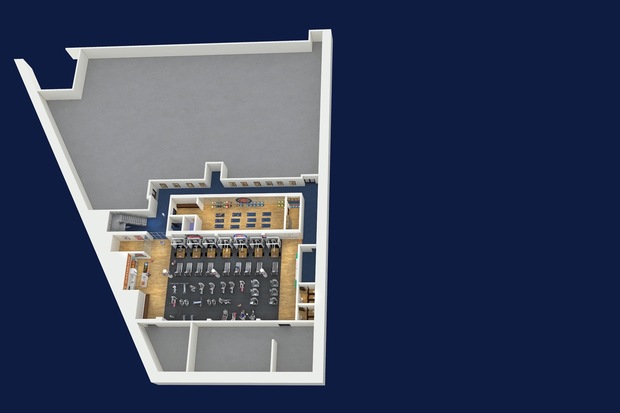 Renderings of the lower level of the Cubs' clubhouse include space for gym equipment and a yoga studio. [Provided/Chicago Cubs]

• Wrigley Field Visitors Clubhouse, Worst In Majors, Can Wait 'Til Next Year

• Cubs Fans And Their Dogs Prep For Opening Night (PHOTOS)

• Wrigley Field Marquee Is Back Up ... With A Big Video Board Under It