The Budlong Going All In On Nashville Hot Chicken, Just In Time For Summer

LINCOLN SQUARE — The Budlong Pickle & Chicken Diner will be bringing the heat when it opens — and not just because it'll be summer by the time the long-awaited restaurant starts serving food.

Originally, Leonard planned to fry up two styles of chicken — hot and a thyme-flavored savory version — but the latter has fallen by the wayside in the 15 months since he first announced The Budlong, 4619 N. Western Ave. 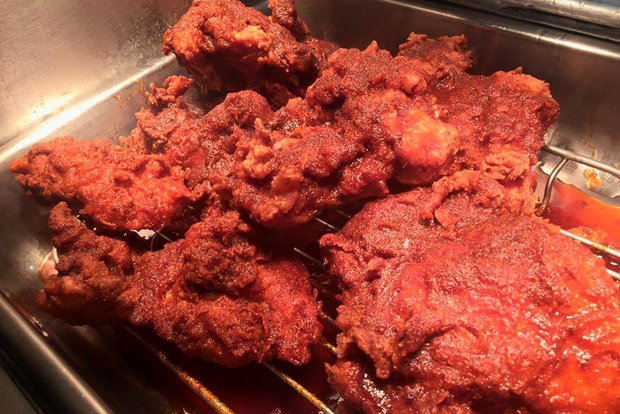 Nashville hot is, well, hot among people who pay attention to food trends.

"The first thing you say when you try it is, 'Why have I never had this before?'" Leonard said.

Using Rub's as his test kitchen, Leonard has been perfecting his hot chicken recipe, taking pains to produce a version that's both very much his own while at the same time true to the tradition.

"If it's just spicy fried chicken ... why are you calling it Nashville hot?" he asked. "When you're taking a dish and recreating it in an environment it's not native to, you owe it the respect to do it the way that made it famous."

What made Nashville hot famous?

"Take fried chicken's fat-crisped crust and electrify it with a blistering spice blend, then place the meat in a spongy cradle of white bread" — that's what, according to Serious Eats. 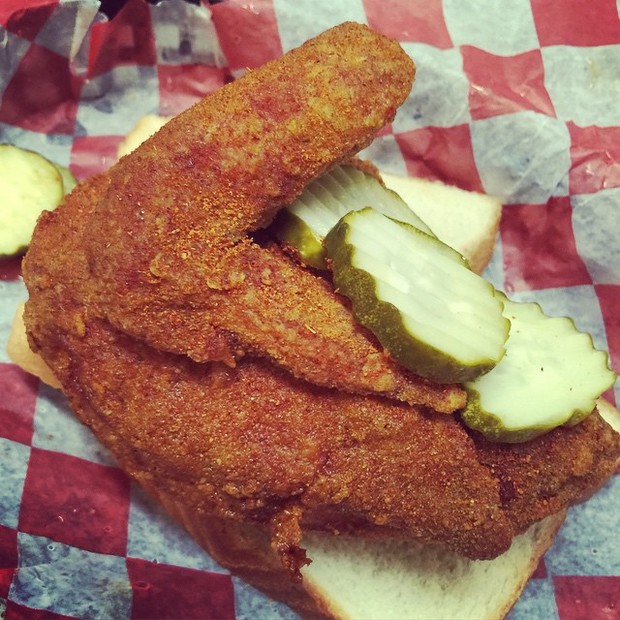 Nashville hot is typically served on white bread with a pickle. [Facebook/Hattie B's]

As legend has it, Nashville hot, which dates back to the 1930s, owes its origins to Thornton Prince, owner of a fried chicken restaurant.

Prince didn't invent the recipe — he was just the first to eat it, and he was supposed to hate it.

As Jane and Michael Stern, writing in Saveur, tell the tale: Prince "had a lady friend so irritated by his carousing that early one morning, upon his return from who-knows-where, she served him a plate of chicken with enough pepper punch to drop his sorry ass. But the booby-trapped bird backfired: Mr. Prince liked it. He liked it so much that he put it on his menu."

Prince's Hot Chicken Shack is still mecca for fans of the fiery dish and was the first stop on Leonard's pilgrimage to the holy land.

"Going to Nashville is an essential part of your journey. Anybody who's making hot chicken, you've got to go, same as you've got to go to Texas to study barbecue," he said. "The more you eat it, the more you appreciate this is the way it's done."

Though techniques vary even in Nashville from one fried chicken joint to the other — there are dry methods and wet methods, same as with barbecue — the heat absolutely has to come from cayenne peppers, Leonard said.

"Not habanero. Not ghost pepper," he said.

The cayenne not only produces a color that "glows like it's nuclear," but it also makes the chicken more palatable than if other spices were used, said Leonard.

"For me, even the super super hot at Prince's was still edible. It doesn't burn your tongue, it doesn't steal the enjoyment of eating," he said. "You sweat and your throat burns, but that's the only thing."

Recognizing that his own tolerance for heat might be higher than others, Leonard, like most purveyors of Nashville hot, will offer diners a range of fire from tame — "Anyone who can eat pepperoni will be able to handle it," he said — to extra hot. (Hattie B's in Nashville has labeled its most blazing version "shut the cluck up.")

Unlike a lot of other hot chicken joints, Budlong will also serve up a vegetarian variation. Leonard has already created a meatless buffalo wing, made from cauliflower florets, for Rub's catering menu and it's become one of the most frequently ordered items.

"Obviously I'm quite the carnivore, but I actually like the cauliflower better," he said.

Sitting in church one recent morning, Leonard was "divinely inspired" to give the vegetable the hot chicken treatment — battered, fried and slathered in spice, he said.

The Budlong's full menu is still a work in progress, but it's likely to include daily specials from Rub's, be it smoked pastrami, brisket or pulled pork.

In addition to the eagerly anticipated Spudnut (doughnuts made from potato flour), Budlong will have biscuits and apple fritters.

"Our apple fritter game has gone from nil to unreal," Leonard boasted. 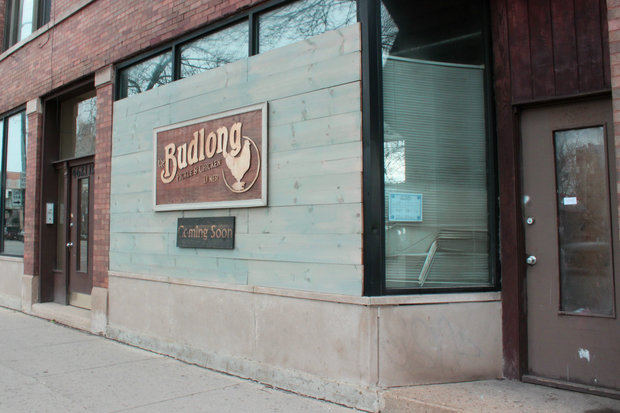 So when, pray tell, will people finally have an opportunity to sink their teeth into all of this hot and sweet goodness?

"That's the big question," said Leonard, who's made more than one prediction about Budlong's opening date.

Delays, in large part, have been due to the extensive renovations he's undertaken at the Western Avenue storefront, which sat vacant for decades.

"There was no power grid. Even the floor — we ripped all that out and replaced all the floor beams. We could have finished faster if we took short cuts." Leonard said.

"No, I didn't think it would take this long and it's mildly annoying," he said.

The biggest downside is that any advantage Leonard might have had in getting to market early with Nashville hot may have evaporated.

"The year we opened [Rub's], 12 other barbecue placed opened and we were blindsided," he said.

"Do I think there are 12 other hot chicken places in the works? Yeah, I do," Leonard said. "It's extremely addictive."