LINCOLN SQUARE — With its quaint shops and central plaza, Lincoln Square oozes the kind of charm that wouldn't seem out of place in a centuries-old European city.

Newcomers to the area may be surprised to learn that the neighborhood's picturesque appearance is a relatively recent development.

The one-way block of Lincoln Avenue, between Lawrence and Leland, was created in the late 1970s. Giddings Plaza didn't exist in its current form until 1999.

No arches. No fountain. No brick-paved sidewalks.

Come travel back in time with us.

DNAinfo Chicago recently came across a handful of snapshots taken of Lincoln Square before it was "the Square" as people know it today. 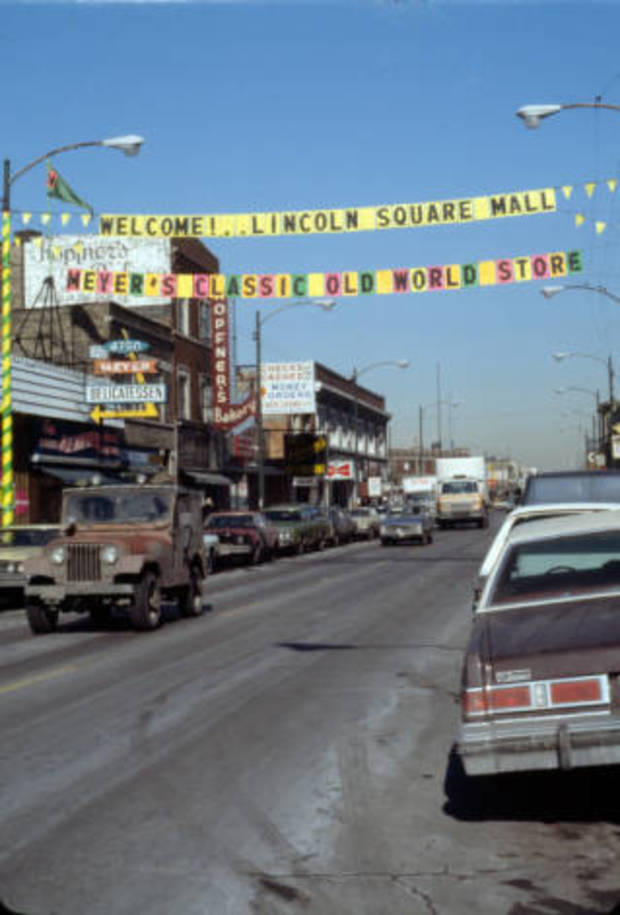 Shot in 1978, this photo shows Lincoln Avenue in all of its two-way glory, with the dearly departed Meyer Delicatessen and Hopfner's Bakery on the west side of the street, looking north toward Lawrence Avenue. 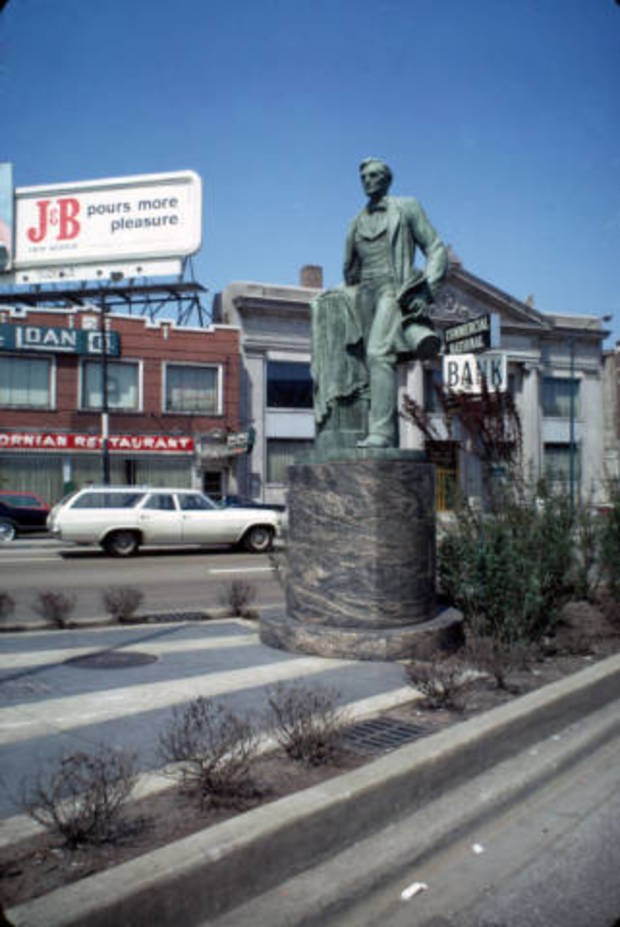 The Abraham Lincoln statue used to tower over a traffic island in the middle of Western Avenue, north of Lawrence, as seen in this photo from 1967. It was later moved to its current home in the Walgreens plaza. 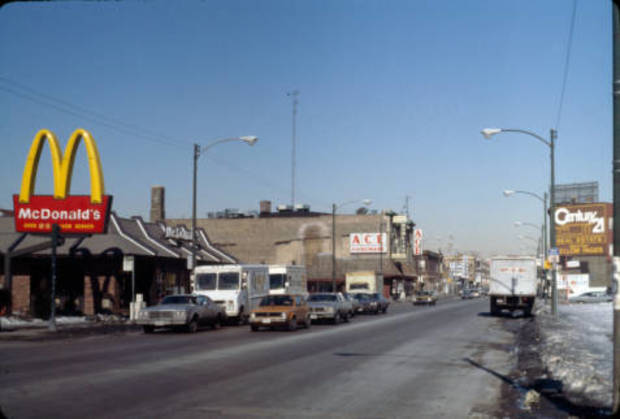 Lincoln Avenue, north of Lawrence, circa 1978, before the addition of a plaza. A 2015 fire at Lincoln Square Lanes, resulting in the demolition of the nearly 100-year-old bowling alley, has altered the landscape even more dramatically in recent weeks.

One of Lincoln Square's most architecturally significant buildings is the former Krause Music Store, 4611 N. Lincoln Ave., notable as the last commission of famed architect Louis Sullivan. When this photo was taken in 1962, the music store was long gone and the building was in use as a funeral home. 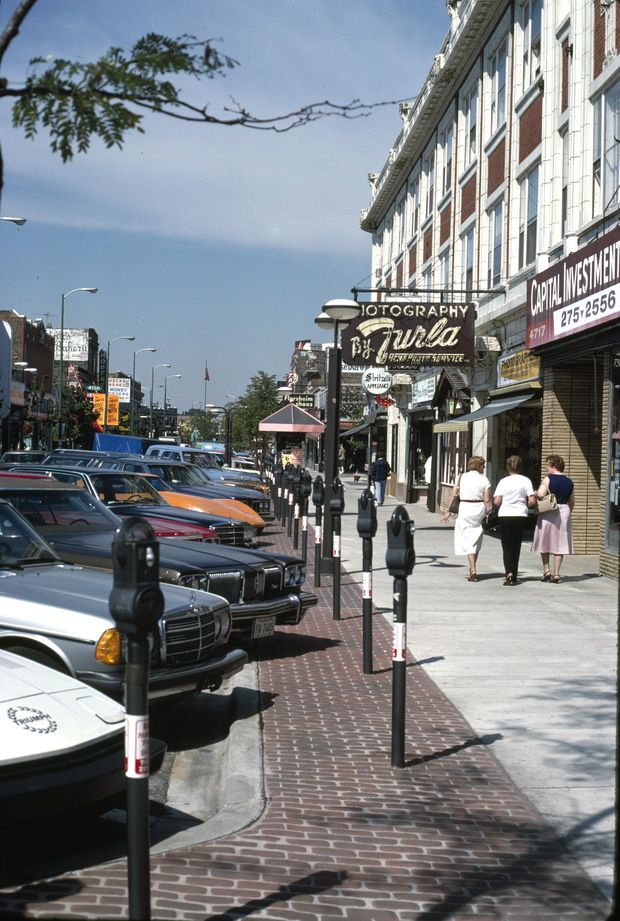 Compare this image, from 1980, to the photo shot in 1978, with Meyer's and Hopfner's in the distance on the left. In two short years, Lincoln Square had been transformed into a streetscape instantly recognizable to newer residents of the neighborhood.

These photographs, and thousands more, are part of the C. William Brubaker Collection, housed with the University of Illinois at Chicago Library.

Brubaker was himself an architect of some renown as president and chairman of the firm Perkins & Will, which is responsible for the Amoco (now Aon) Building, 900 North Michigan and the First National Bank. His personal specialty was designing schools, including Disney Magnet, Whitney Young and Jones.

Fascinated with the built environment, Brubaker photographed the never-ending transformation of Chicago's skyline and street views, from the 1960s through the 1990s.

The UIC collection includes photos of Chicago at its grandest and grittiest, from Downtown hotel lobbies and Lincoln Park sunbathers to South Side rail yards and houses in the shadow of the Skyway.

Some of the most dramatic pictures capture the city's most iconic skyscrapers under construction, including an image of the Sears Tower as its steel beams just began emerging from the ground.

As part of an oral history project, the Art Institute of Chicago recorded an interview with Brubaker before his death in 2002. The transcript offers a fly-on-the-wall account of what it took to build modern-day Chicago.