It's No Niagara Falls, But This Is Chicago's Only 'Waterfall'

NORTH PARK — It's hardly Niagara Falls, but Chicago does have one waterfall on a waterway within city limits.

Chicago's only waterfall on an actual waterway is located in River Park just south of Foster Avenue, where the Chicago River separates from the North Shore Channel. A dam was built on the north branch of the Chicago River there in 1910, which created a four-foot-high waterfall that flows toward Downtown.

The Encyclopedia of Chicago and Chicago History Museum describe the water there as "Chicago's only waterfall." The dam, called the North Branch Dam, was built by the Metropolitan Water Reclamation District of Greater Chicago. Its former executive director, Dick Lanyon, said the dam is the only one in Chicago and is responsible for the only "overflowing water" on a waterway in the city.

"There are a few more upstream, but they're not in the city," said Lanyon, who's written a book on the topic — "Draining Chicago: The Early City and the North Area" — set to be released this month. "It's not a waterfall, per se."

The dam — located near North Park University — was finished in 1910 after a series of changes to the Chicago River and the creation of the North Shore Channel, which helped reverse the waterflow in the polluted Chicago River out of the city and toward the Chicago Sanitary and Ship Canal.

The revisions to the Chicago River downstream toward the city had lowered the water level a few feet, Lanyon said, which resulted in the need for a dam. Without it, he said, "considerable erosion and down-cutting" of the river would occur and "the district would have been liable for damages to structures and loss of property value." 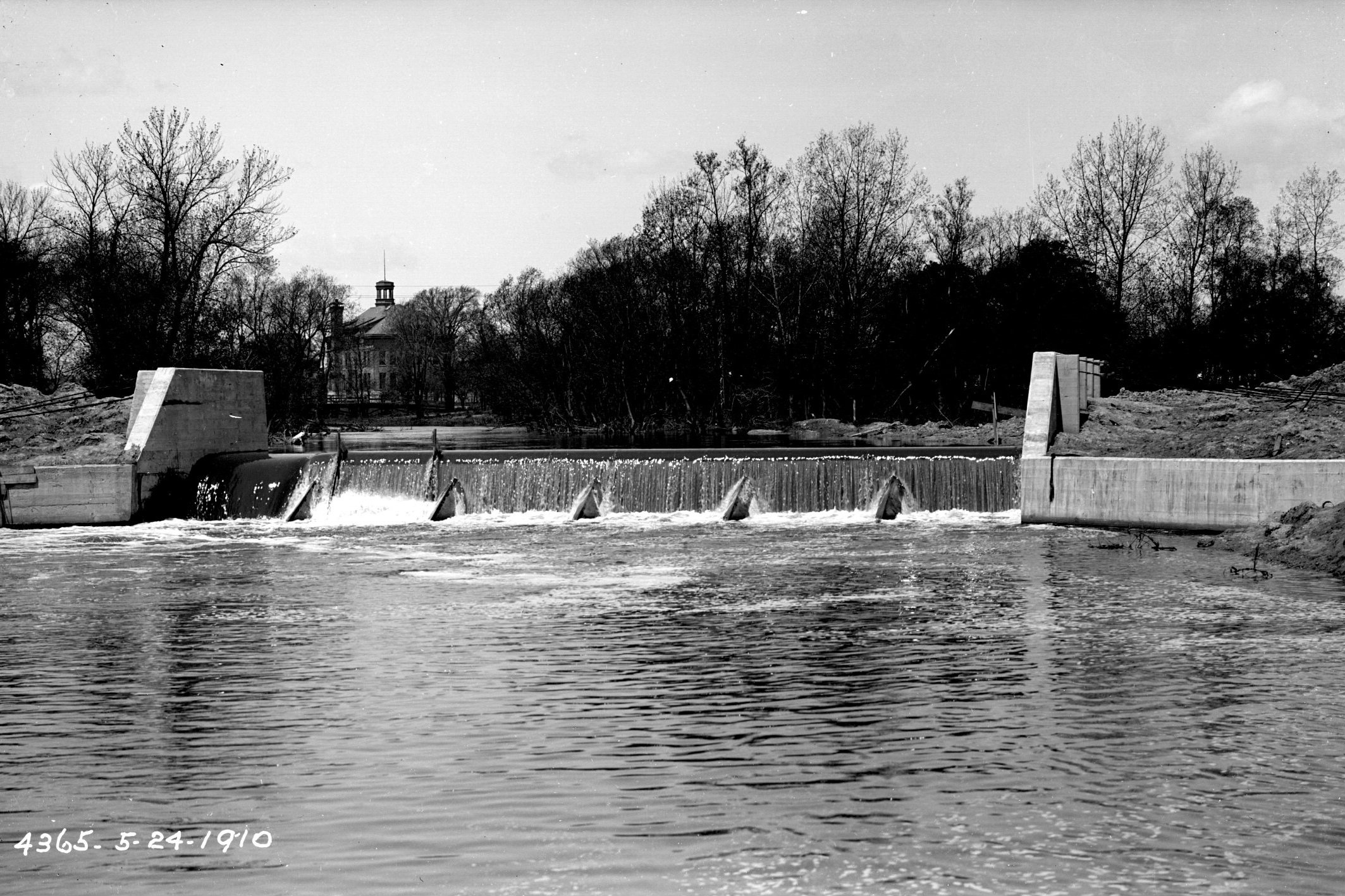 Lanyon said several modifications to the dam have taken place in the last 106 years, including a large rectangular hole being cut into the overflow. Tree limbs and other debris are caught in the dam, which requires occasional cleaning, Lanyon said.

Lanyon noted that organizations, including Friends of the Chicago River, have advocated for years to replace the dam with a "water shoot," which would extend the distance over which the water flows with rocks. Lanyon described the possible change as a "more of a white water rapids instead of a physical barrier."

A lack of a dam would allow the numerous fish species now swimming in the Chicago River — there were only seven in the 1970s, but there are more than 70 now — to make their way upstream. Margaret Frisbie, Friends of the Chicago River Executive Director, said it's too early to discuss possible changes or removal of the dam.

The area near the dam is a popular spot for current bass and other fishermen. The City of Chicago said the waterfall gives water "the higher oxygen content that fish prefer." 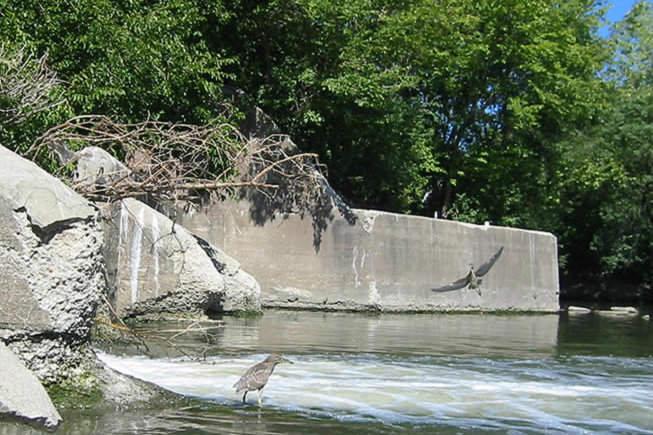 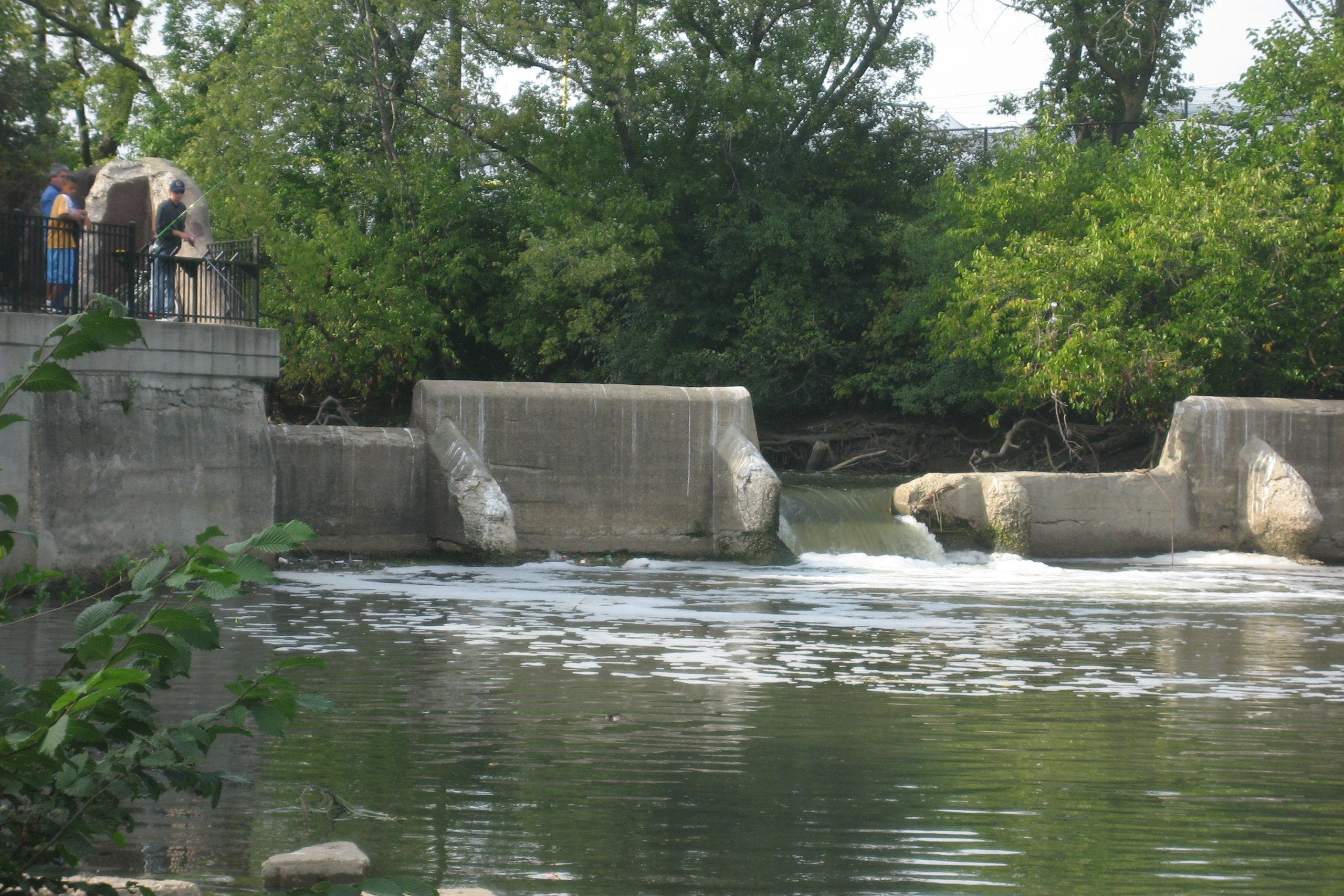 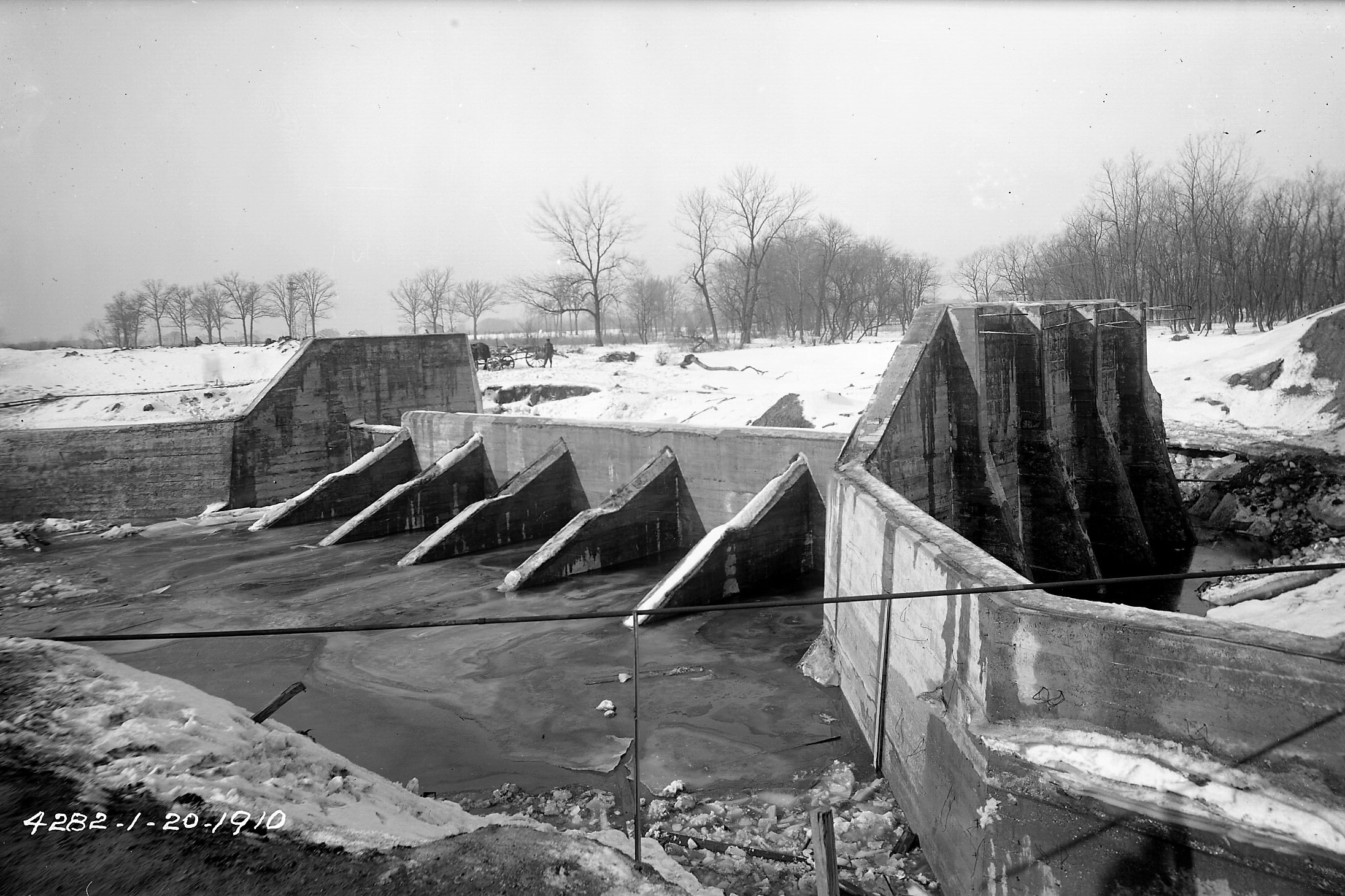