Conrad Chicago Coming to River North Will Include Rooftop Bar

The 287-room hotel will open this summer at 101 E. Erie St., a onetime office building. In an email, a Conrad spokeswoman said the project will feature a ground-floor café as well as a 20th-floor rooftop restaurant.

"The hotel takes over the former DraftFCB building just off the Magnificent Mile and will bring unmatched skyline views, contemporary service and off-the-beaten-path Chicago experiences," said the spokeswoman.

According to the hotel's website, the hotel will feature "New American" cuisine but feature "nostalgic" mid-century decor. Small plates like Chicago-style hot dogs on a pretzel bun, beef Wellington bites, and steak tartare will be included in the menu.

Led by developer Laurence Geller, the planned hotel has been years in the making. Last year, a piece of glass broke off the office tower and hospitalized a pedestrian walking below.

The new Conrad, a Hilton hotel, should not be confused with the former Conrad, 521 N. Rush St., which was rebranded as The Gwen last year after being sold to a new owner.

Until it opens, here are renderings of the future Downtown hotel: 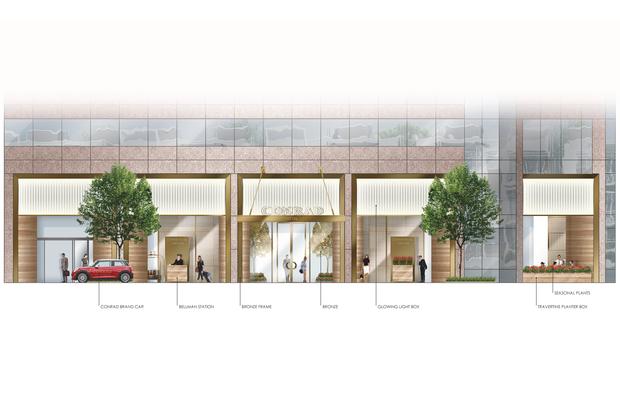 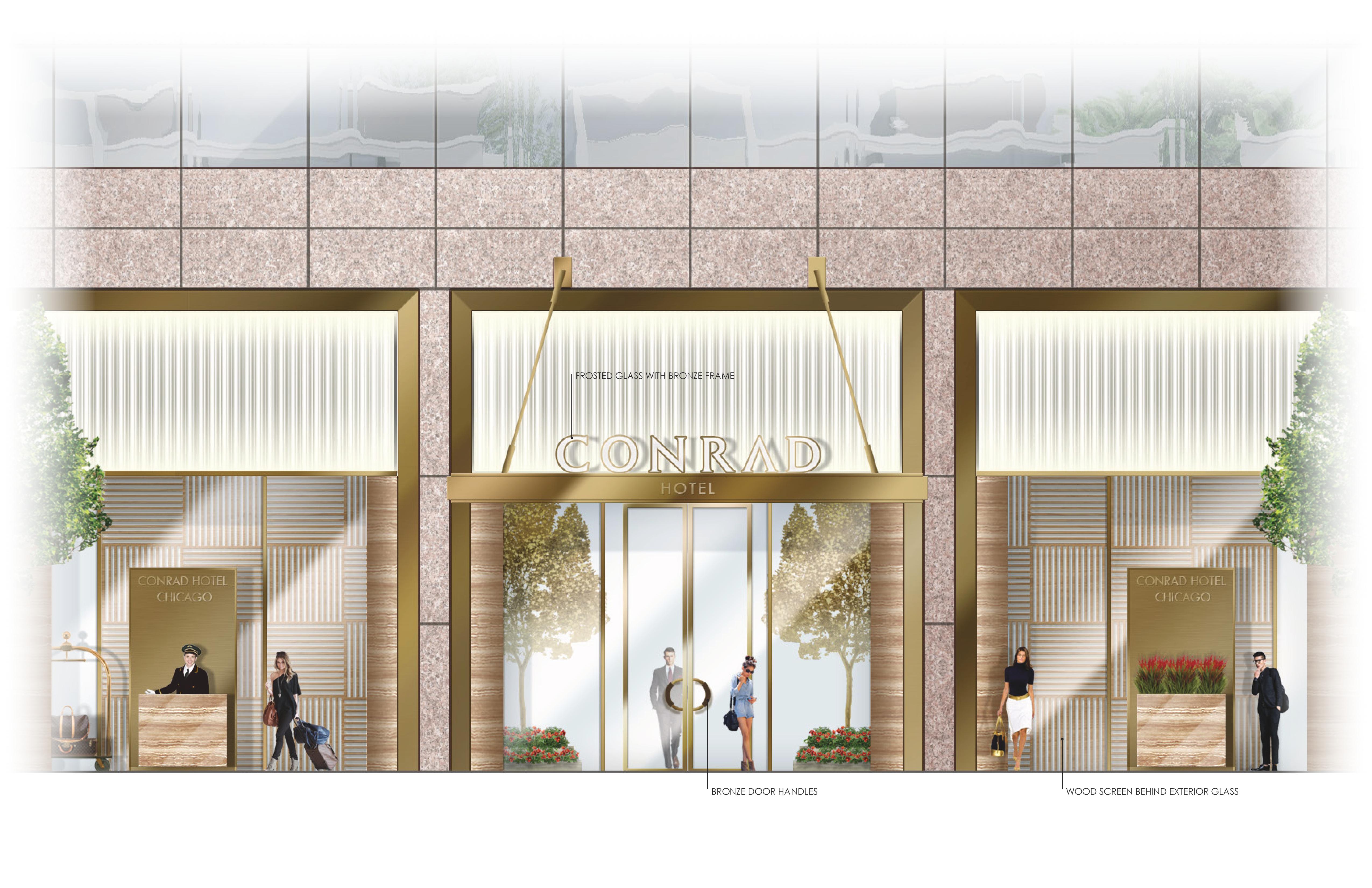 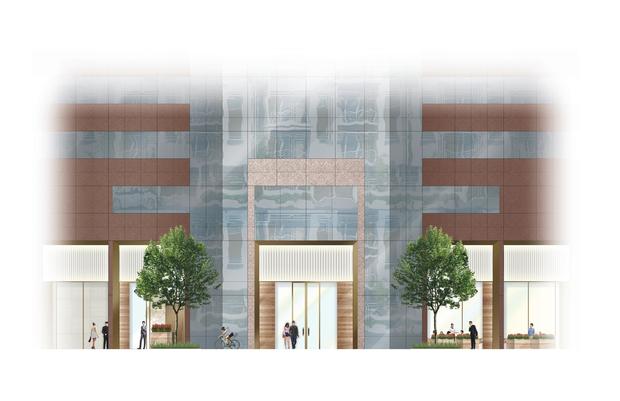 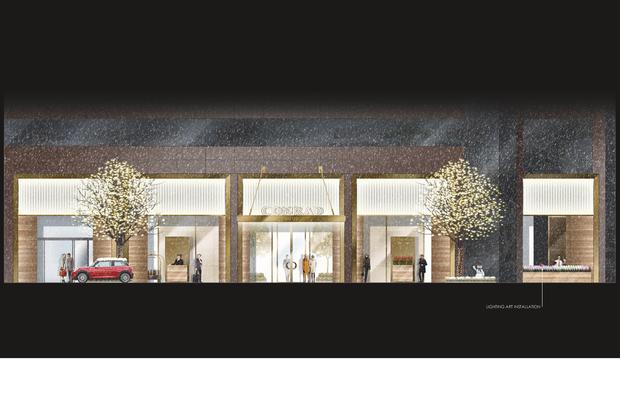 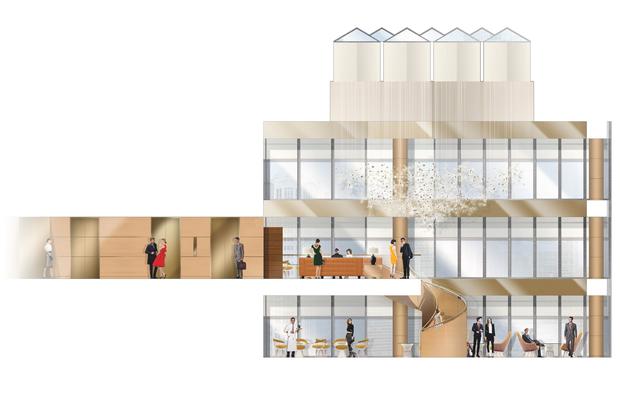 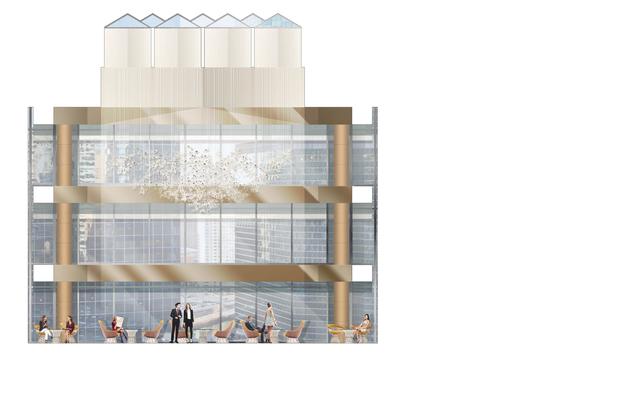 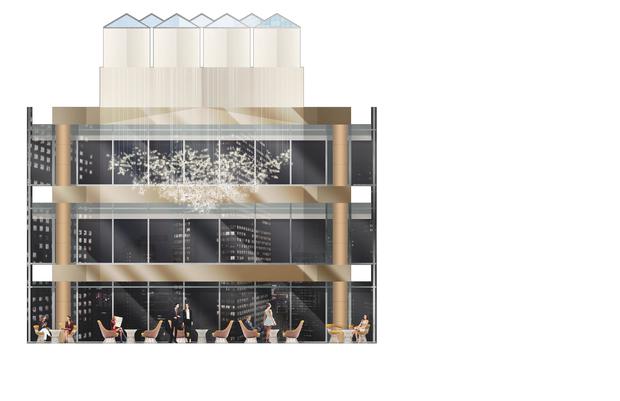