Jerry's Sandwiches has passed inspection and pending final paperwork should be ready for diners by the end of the month, according to husband-and-wife owners Mark Bires and Mindy Friedler. 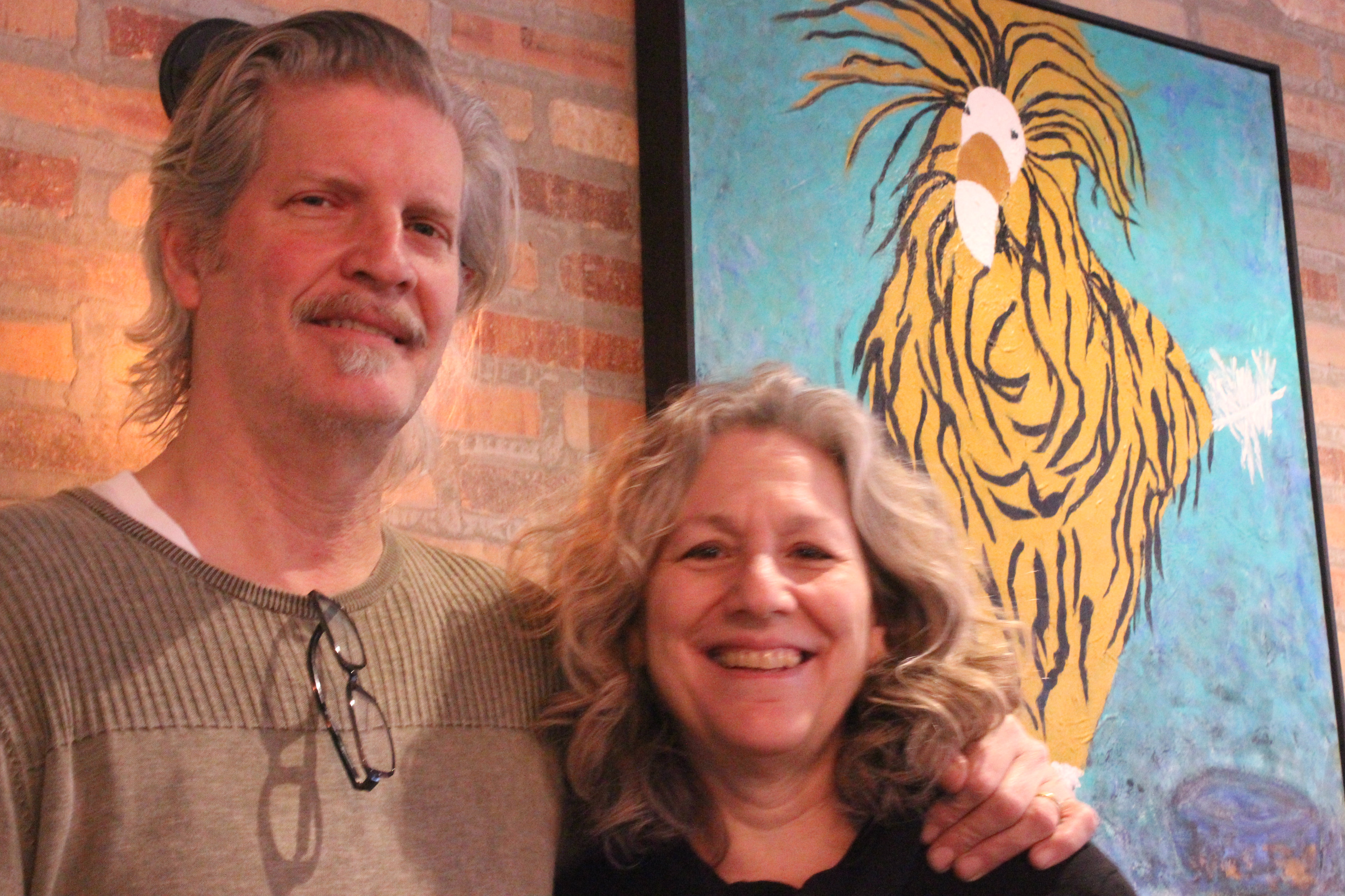 Jerry's founders/owners Mark Bires and Mindy Friedler. Friedler is especially fond of this "crazy chicken painting," which used to hang in the couple's Wicker Park restaurant and coincidentally was a perfect match for Lincoln Square's color palette. [All photos DNAinfo/Patty Wetli]

The restaurant occupies arguably the highest profile piece of real estate in Lincoln Square — the corner commercial unit of the Fountain View development adjacent to Giddings Plaza — and Bires still can't believe the space was even available when he signed a lease back in 2014.

"We were knocked out by this corner. Why is this for rent?," he recalled. "Why hasn't Starbucks or Lettuce Entertain You grabbed this?" 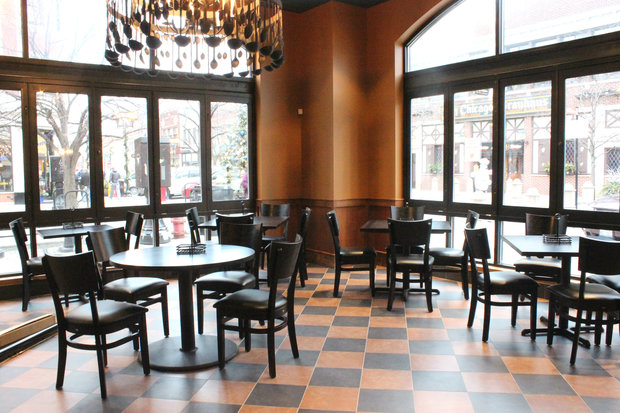 Windows will open during spring and summer onto Lincoln Avenue and Giddings Plaza.

During the buildout, Bires and Friedler, who live in Bucktown, came to appreciate their good fortune even more.

"It's been a torrent of people peering and waving," Bires said of curious neighbors.

The couple was blown away by the activity in the plaza, not only during the Thursday night summer concert series but all the "people who just come by with a guitar case" and strum tunes for an hour or two, he said.

"We go to Old Town School all the time, but we would never walk this far up" Lincoln Avenue, Bires said. "Then we became aware of what this square was."

The two have had plenty of time to get to know their new neighborhood, what with construction stretching on for nearly a year and half at 4739 N. Lincoln Ave.

"The city permit process is very 'deliberate,'" Bires said, but admitted that some of the delay fell on his shoulders.

"We screwed up the initial architecture and had to go back for change permits," he said.

Drawing up designs for the restaurant — the third Jerry's, along with locations in Wicker Park and Andersonville — took another four months.

The interior takes its cues from New Orleans, where Bires and Friedler spent time snapping photos of color combinations they liked, settling on a blue and orange palette.

They raided their own restaurants for some of the decorative touches — the chandeliers made from cooking utensils used to hang at the Wicker Park Jerry's — and splurged on other items, like the granite bar top and a couple of tables made from salvaged bowling alley wood.

"It's neat to get nutty flourishes," Bires said, pointing to a lighting fixture constructed from a bike tire.

"Otherwise it would feel too grandiose," he said. "At least it amuses us."

Jerry's is, after all, still a sandwich joint, albeit one that's grown from a counter-service operation to one that offers more than 100 sandwiches and employs a certified cicerone to oversee its beer selection.

"We're kind of backward looking, we don't try to be cutting edge," said Bires, adding that it's hard to improve on the simplicity of pot roast on bread.

Fried chicken sandwiches — which have their own category on Jerry's menu — are among the most popular, along with the restaurant's po' boys, including the "surf and swine" combo of fried shrimp and pork belly.

General manager Trey Elder is coming from Wicker Park to oversee the new location, and experienced kitchen and wait staff from other Jerry's will mingle with new hires to help cut down on opening jitters and miscues.

With the Lincoln Square Jerry's just about completed, Bires and Friedler said they're ready to stop at three. 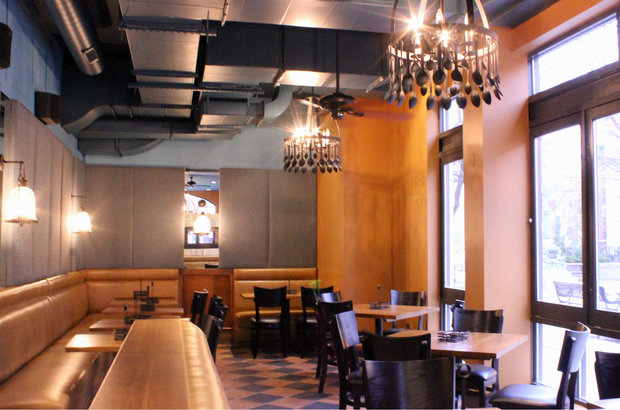 Jerry's is broken up into several dining areas. This one takes full advantage of the view onto Giddings Plaza. 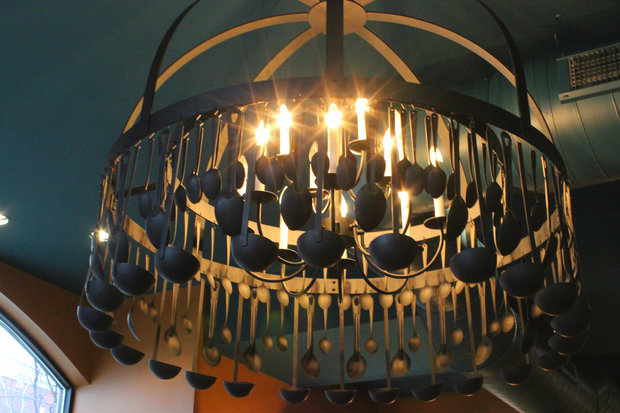 Bires and Friedler raided other Jerry's locations for decorative touches such as this chandelier. 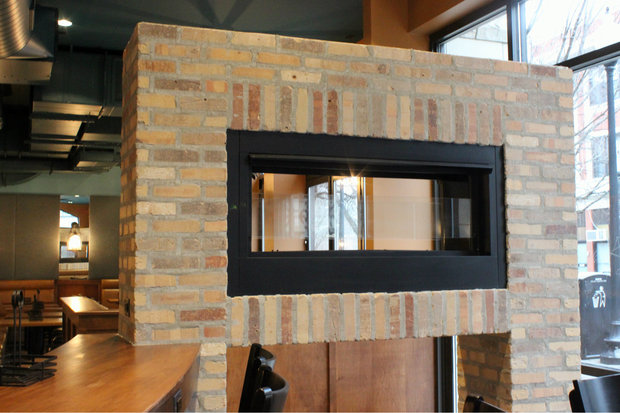 This fireplace doesn't actually burn wood, but there is a real smoker in the kitchen. 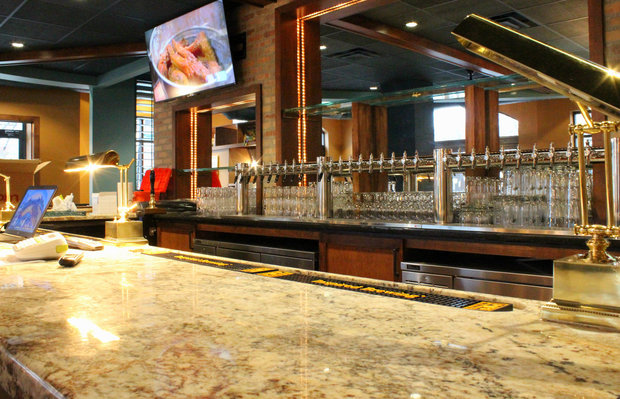 Jerry's isn't a sports bar — there are only two TVs in the entire restaurant, both hung at the bar. Cocktails are serious business here, with mixologist Mike Dziedzic concocting his own syrups and bitters. 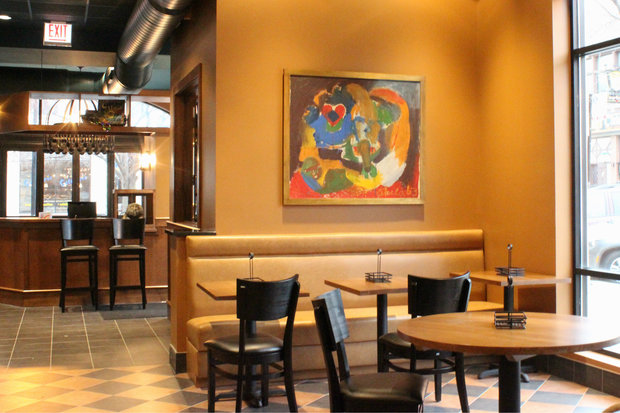 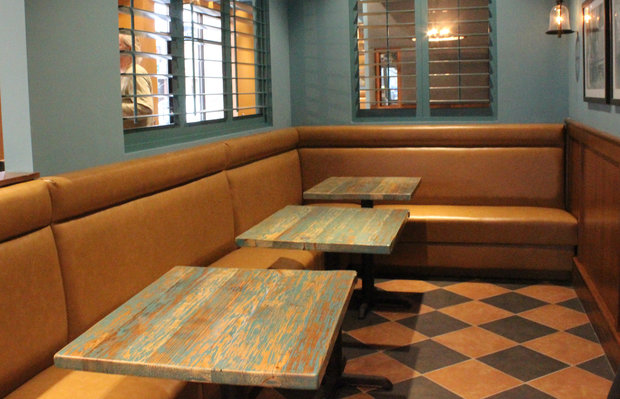 This cozy nook is just off the bar and framed by New Orleans-style shutters. 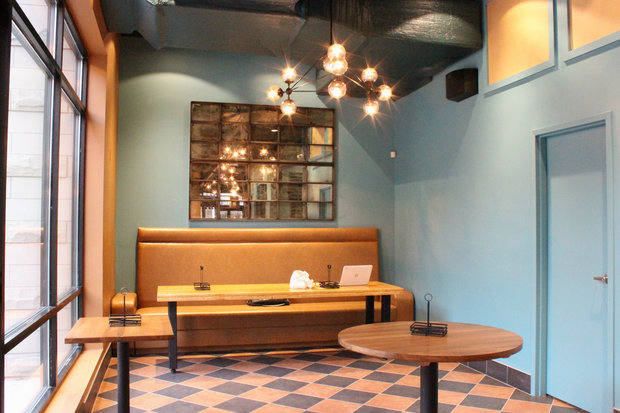 Friedler has spaced out the seating to cut down on noise. Lincoln Square is the first Jerry's location with upstairs neighbors, and out of deference to the building's residents, Bires and Friedler installed a special acoustic ceiling to mute sound from the restaurant. 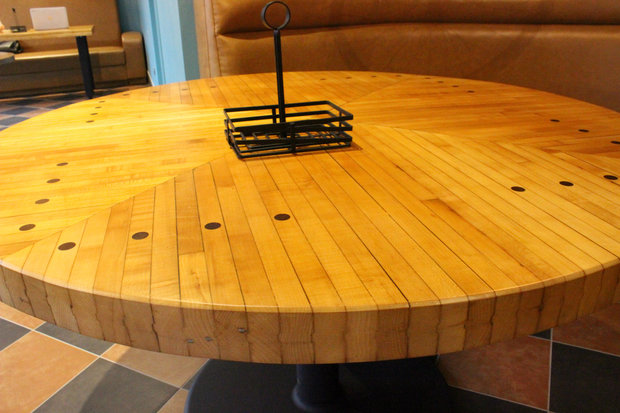 One of the "wacky accoutrements" is this table made out of bowling alley flooring. 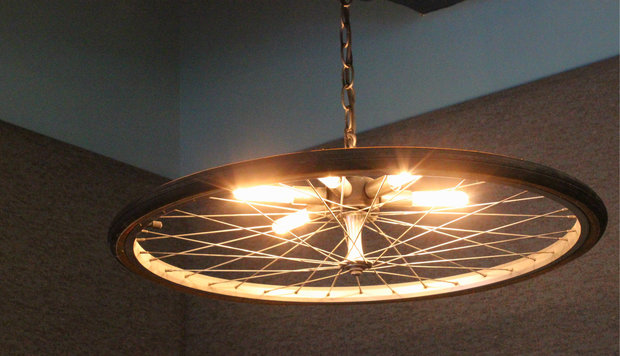 Another "nutty flourish" is this light fixture made from a bike tire. 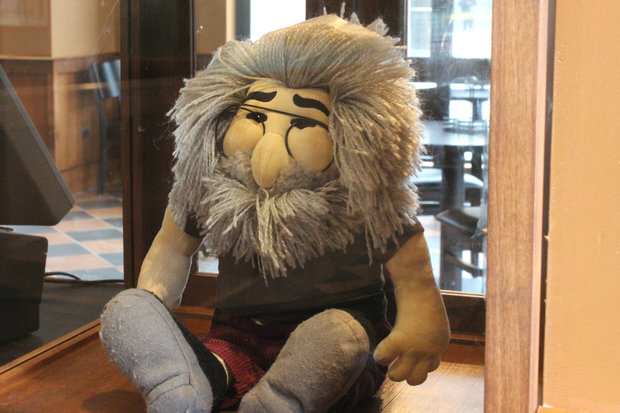 Yes, Jerry's is named for Jerry Garcia. Bires is a recovering Deadhead, though Friedler is less fond of the band. "I'd like them but for the jamming," she said. "Just play a song."