NORTH PARK — For those who dream of Paris, a trip to the City of Light will soon be within walking distance.

Entrepreneur Miriam de Castelnau is aiming for a spring opening of Maison de Castelnau at 3352 W. Bryn Mawr Ave. The enterprise is actually two businesses in one: part patisserie/chocolaterie, where she'll sell sweets and coffee to go, and part classic Parisian tea room (known as a salon de thé).

"It's about walking off of Bryn Mawr and into a French shop, to the best of my ability," said de Castelnau. 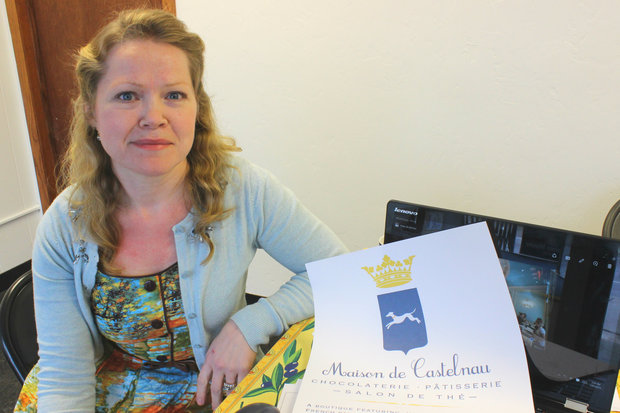 What de Castelnau, a former graphic designer, has in mind is something not commonly found in Chicago.

A tea room, she explained, is not a coffee shop or cafe.

"It's luxurious," she said. "It's the kind of place where you bring your best friend for an excellent cup of coffee and a pastry" — served on Limoges china.

An equivalent comparison, she said, would be a cocktail or wine bar, as opposed to a pub.

"That kind of thing promotes anti-social behavior," she said. 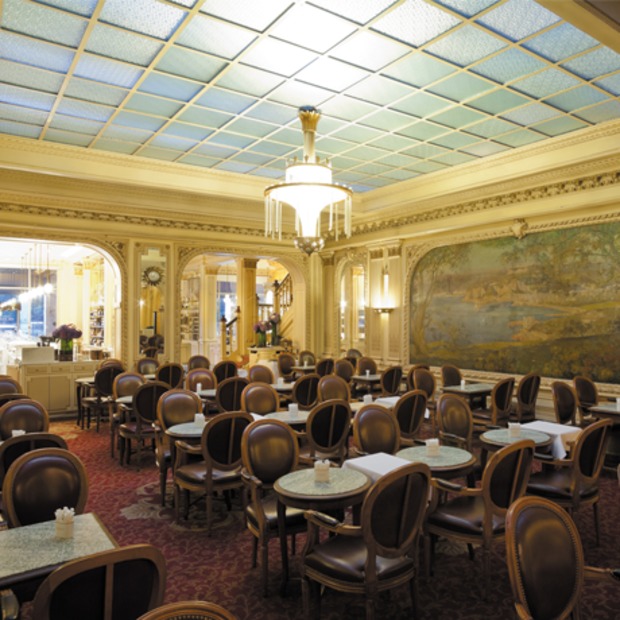 Though de Castelnau is as Midwestern as they come, her husband is from France (the shop's logo is his family's crest). It was a lack of authentic French pastries near their former home in Aurora that spurred de Castelnau to become an expert at producing croissants, cakes and chocolates herself.

When the couple and their two children moved to North Park, de Castelnau began thinking of turning her self-taught pastry skills into more than a hobby. Six years later, she's ready to act on her idea.

From the street, it's impossible to conceive of how de Castelnau's vision will spring to life in the cramped storefront.

She couldn't picture it at first, either. 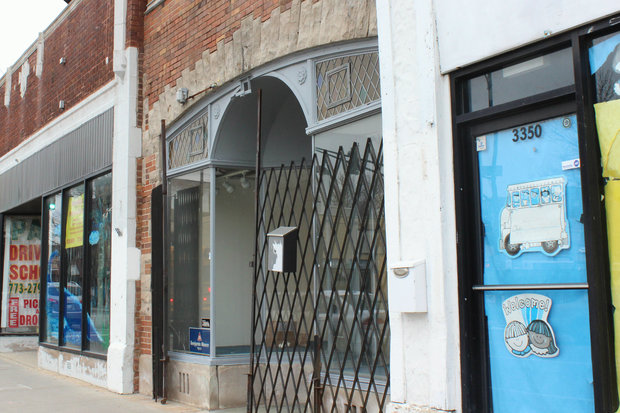 Miriam de Castelnau is in the process of transforming this Bryn Mawr storefront into a Parisian tea room and patisserie. [DNAinfo/Patty Wetli]

Insistent about opening on Bryn Mawr — her location is just east of properties snapped up via eminent domain by Northeastern Illinois University — de Castelnau spent months attempting to connect with the landlord of the building she felt destined to occupy.

"I'd just stand there peeking in the window. What was driving me crazy was I couldn't see through to the back," she said. "It was like a present I couldn't unwrap."

Persistence and a willingness to "sign" a lease with a handshake eventually carried the day.

The small walled-off space that's visible through the shop's window leads to a much larger rear room, which, to de Castelnau's good fortune, was completely empty.

That blank canvas will become the salon and kitchen, with a boutique in front where de Castelnau will display her pastries and chocolates.

A good amount of cosmetic work needs to take place between now and a projected opening sometime around Mother's Day, she said.

Stained glass windows in the entry will be exposed, the ceiling needs raising, the floor will be redone and a kitchen has to be built.

"At no turn am I cutting a corner," de Castelnau said. "I want it to feel like an experience."

But as much fun as it's been picking out silverware, place settings and wall coverings, de Castelnau is itching for the day when she can stop playing interior decorator and get back into the kitchen.

"I just want to go make pastry," she said.