CHICAGO — On Wednesday, Washington D.C. nearly shut down over ONE INCH of snow. The city knew a bigger storm was coming this weekend, but a premature dusting left the roads coated in black ice, causing "at least 1,000" accidents, according to the Washington Post.

"We’re all worried about ISIS when the truth is, all it takes to destroy us is a little ice," Post columnist Petula Dvorak wrote.

Like Dvorak said, it makes little sense for a not-so-snowy city to spend big bucks on snow removal. But a little salt wouldn't hurt. 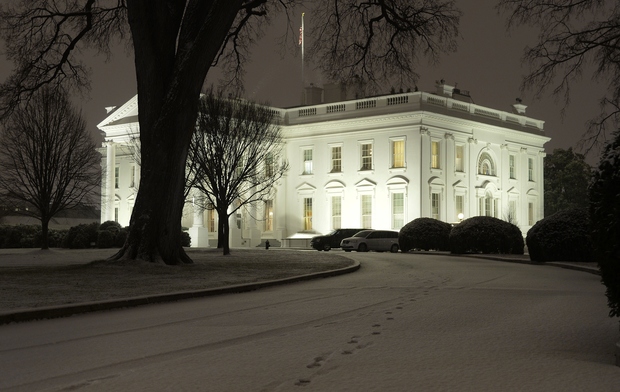 The snow that brought D.C. to its knees this week.

And what's New York City's excuse? Weather data shows that NYC gets about 26 inches of snow per year, which is nothing to scoff at (unless you live in Buffalo, then by all means, scoff away).

RELATED: Chicago Blizzard Etiquette: What Not To Do When Snow Covers The City

To be fair, the storm sounds like it will be substantial, but as we watch the national media lose its mind (again) over an East Coast storm, we wondered: why are we so much better at this than other big cities? And why haven't they figured it out by now?

So, we thought we'd share some tips, from one city that has it handled to its sister cities that are struggling:

1. Hold Your Elected Officials Accountable: Sure, Chicagoans let politicians get away with a lot of shady business over the years. But one thing we don't mess around with is snow removal. In 1979, Mayor Michael Bilandic lost re-election following a series of broken snow removal promises after the Blizzard of '79 dumped 21 inches of snow on the city in just two days. Modern Chicagoans would be horrified to know that it took nearly 2 months for the city to remove some snow from streets and lots at the time, and locals let their rage out at the polls. Now, the city is number two in the country for on-point snow removal, data shows. 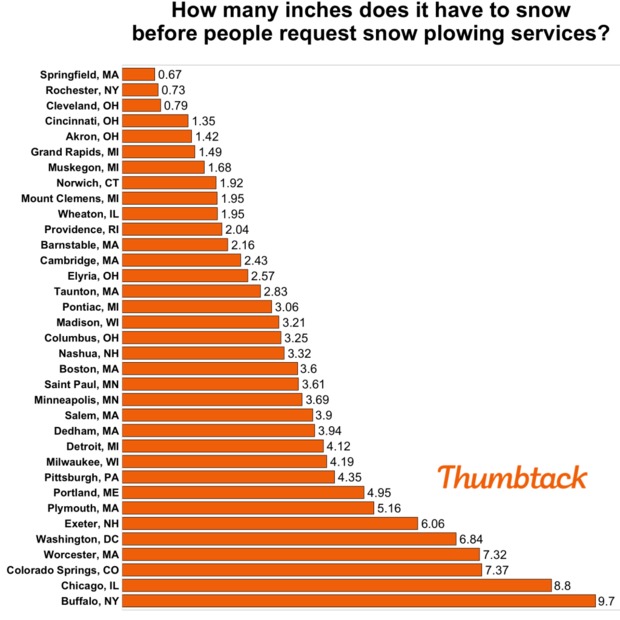 "You can look at this data point to say how Chicago is much more self-reliant [than other cities]. They only turn to private businesses when it snows a ton," said Lucas Puente, an economic analyst for San Francisco-based Thumbtack.

A dusting of snow shouldn't cause 1,000+ accidents — let your mayor know that.

2. Prepare, Don't Overreact: As other cities prematurely shut down schools and businesses due to CNN losing its mind over the brewing snowstorm, Chicagoans are busy planning how they'll tough it out and get to work. Will schools be closed? We'll see. Will plows be out? You bet your a-- they will. Make a grocery shopping trip, but no need to stock your bomb shelter. Will you still be able to order a pizza? Probably, but plan on a longer wait. And OF COURSE the CTA will be running.

“In Washington, there’s a different mind-set. Everyone holds their breath in anticipation of a regionwide shutdown,” Kayce Ataiyero, communications director for Rep. Robin L. Kelly (D-Ill.), told another WaPo reporter who was annoyed with her city's response to some flurries. "In D.C. the conversation is more, ‘What’s going to be open.’ In Chicago, the assumption is everything is going to be open. You still have to go to work, you still have to take the kids to school, so the conversation is, ‘What’s the best way to get there?’"

In 2014, there were some ruffled feathers about the Chicago keeping schools open despite a -52 wind chill, but other parents said the district was getting "soft" by closing over frigid temps.

As if making a "back in my day" joke, one Chicago parent told a DNAinfo reporter in 2014: "They never had any snow days like this when I was a kid. I was walking in 5 feet of snow, and they didn't even care." 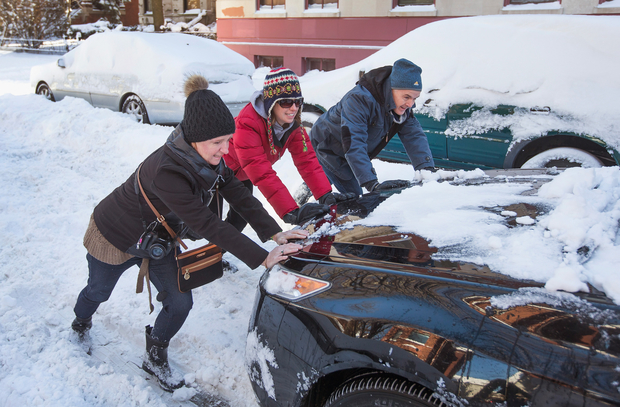 3. Learn the Rules Of The (Icy) Road: Despite the average 35 inches of snow the city gets per year, some Chicagoans still can't agree on how to remove it. While some bad actors don't shovel their sidewalks, let the snow bury their dog's poop or dibs their parking spot, most of us come together and follow basic snow etiquette: treat narrow paths of shoveled sidewalks like stop signs, let the person who was there first pass, and so on. Same goes for cars on tightly-packed side streets. Got a snowblower? Do your neighbor a solid, especially if they're elderly or unable to shovel for themselves. Don't leave a snow hat on top of your car — it will fall off and could blind the driver behind you.

4. Netflix and... Relax: You will get through this. It's winter, it's just snow. If you're bundled up enough and treat people well, it could even be... fun. Not a fan of snow angels in the park? Then it's a perfect excuse to avoid human interaction and bingewatch Netflix while eating a bowl of carbohydrates.