SOUTH LOOP — A new boutique mall is slated to open next year in the South Loop, one that would compete directly with The Maxwell shopping center about a block away.

There's no name yet for the four-story, 120,000-square-foot mall planned for the northeast corner of Taylor and Jefferson streets, said Jim Schutter, who's handling leasing for the property. But construction is expected to begin in March as the mall's developer eyes an opening in the spring 2017.

Schutter, a senior managing director in the Chicago office of Newmark Grubb Knight Frank, said no tenants have been signed yet for the project, but he's "close" to a lease with a furniture store and is also talking to restaurants, home goods stores and clothing shops. He thinks about 10 retailers would fit in the development, and plans also call for 209 parking spaces. 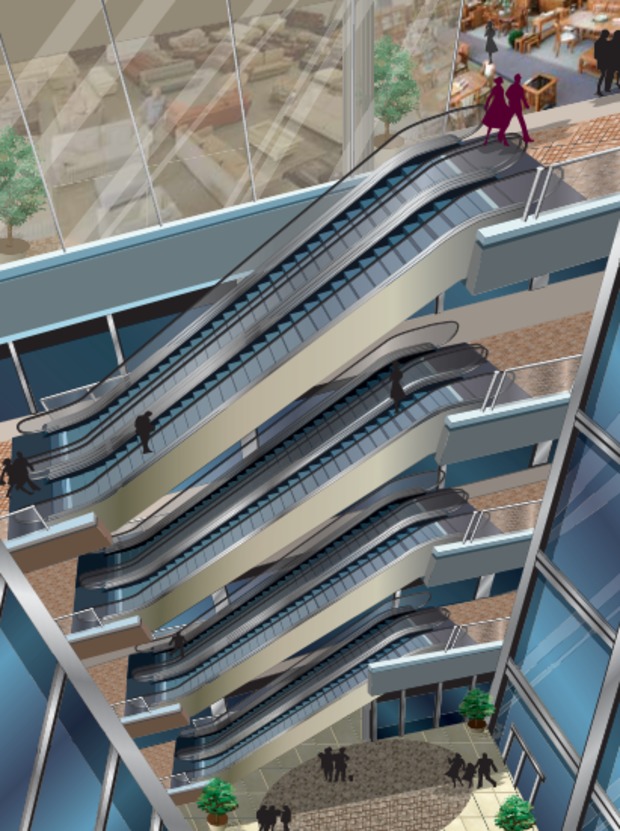 A rendering of the mall's interior shown in marketing brochures for the project. [Provided]

Once open, the new mall would lie just a block from The Maxwell, a larger shopping center that opened in 2014 at Taylor and Canal streets. That building, spanning about 216,000 square feet, is now about 95 percent leased, with tenants including Nordstrom Rack, Pier One, and Buffalo Wild Wings. A spokesman for Beachwood, Ohio-based DDR. Corp., which manages The Maxwell, did not immediately return a message seeking comment.