ROSCOE VILLAGE — Depending on the contractor's timetable, demolition of the deteriorating Western-Belmont overpass could begin in February, touching off nearly two years of construction that proponents say will transform the surrounding area.

The project encompasses not only the teardown of the overpass — to be replaced by a grade-level, five-way intersection —  but also includes a significant makeover of Western Avenue between Waveland Avenue and Jones Street. 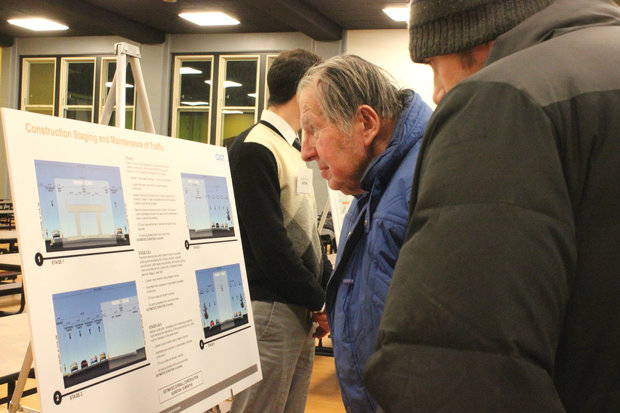 Neighbors get a look at the plans to remake Western Avenue. [All photos DNAinfo/Patty Wetli]

"There's a lot of opportunity, a lot of economic potential" in creating a more pedestrian-friendly Western Avenue that connects Roscoe Village to the rest of North Center all the way to Montrose Avenue, said Ald. Ameya Pawar (47th).

Bob Bothur, owner of Soundz Good car audio at 3449 N. Western Ave., is afraid his business won't be around to benefit from the improvements.

"I'm not gonna survive," Bothur said Monday night at an open house hosted by the Chicago Department of Transportation, where the project's latest timetable and details were unveiled.

A recent water main replacement on Western Avenue cost Bothur 25 percent in sales over two months, he said, and he hasn't recouped the money.

"I've already been screwed over once," said Bothur, who set up shop 26 years ago. "I don't think I can live through another season."

Pawar and Ald. Deb Mell (33rd) pledged to do whatever they can to support businesses on Western and Belmont avenues, but conceded the project was not going to be easy on shopkeepers, residents or motorists.

Bothur said short of receiving compensation from the city for lost profits — something he conceded was "not going to happen" — his best-case scenario would be for construction to start immediately and wrap up by May.

• Stage One, four months: overpass removal, replacement of the Western Avenue bridge over the Chicago River, reconstruction of Western Avenue between the bridge and Roscoe Street. 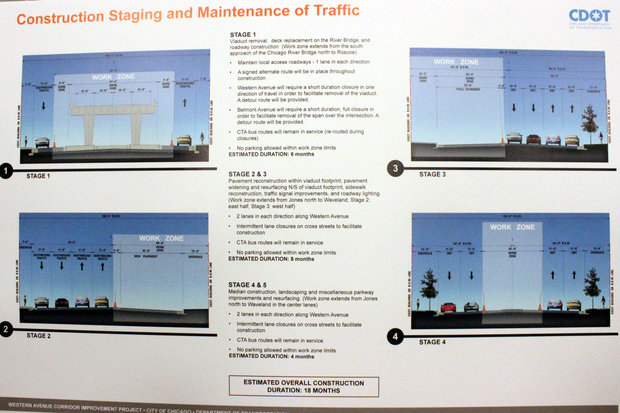 A rendering of CDOT's construction timetable.

Throughout construction, one lane of traffic will remain open on Western in each direction.

"That was our biggest challenge — to keep as many lanes open as possible," said Keith Moroni, a civil engineer with AECOM, the firm responsible for the Western Avenue design.

The Chicago Transit Authority will continue running the No. 49 Western bus along its normal route, rather than detouring around the construction, according to Charlene Walsh, CDOT project manager.

There will, however, be two periods of complete shutdown requiring all traffic to detour: three days during the demolition on Western (likely over a weekend) and six days to remove the spans of the overpass from Belmont.

The project will overlap with work being done at the Fullerton/Damen/Elston intersection, Walsh said.

The projects have been coordinated so that certain phases on Western won't kick in until specific stages have been completed on Fullerton, in order to minimize congestion, she said.

The timing might not be ideal, but "these projects have been in the works so long, we didn't want to delay," she said.

As much havoc as removal of the overpass is going to wreak during the construction period, Walsh said rebuilding the overpass, deemed "structurally deficient," would have taken a much longer period of time and had a "much bigger impact to the right of way," given how much design requirements have changed since the overpass was built in 1961. 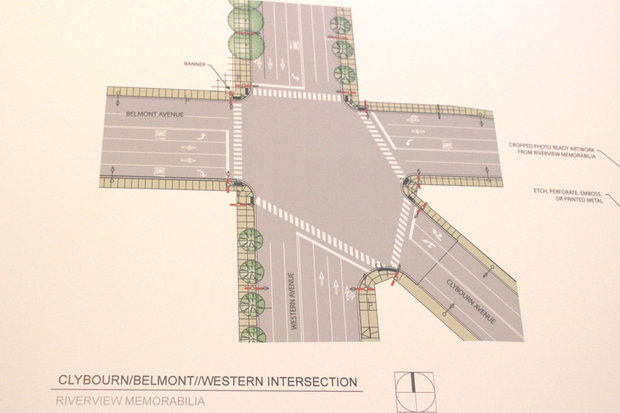 The Western-Belmont overpass is being replaced by a grade-level five-leg intersection.

At just less than $26 million, funded with state and federal dollars, demolishing the overpass is significantly cheaper than the $40 million it would cost to rebuild the overpass, and CDOT is able to rehab the entire corridor, Walsh said.

Traffic signals will be timed across the new stretch of road so that motorists don't get bogged down at Roscoe and Diversey like they do now, she said.

And a third lane of roadway is being added, open to traffic during peak hours and then switched over to parking in an area where there's previously been none, Walsh noted.

A similar configuration on Foster Avenue hasn't always worked smoothly, with motorists zipping along in the extra lane during rush hour only to find their path blocked by parked cars.

"We're going to be doing outreach that this is the new system," said Walsh. "We'll do as much education as we can." 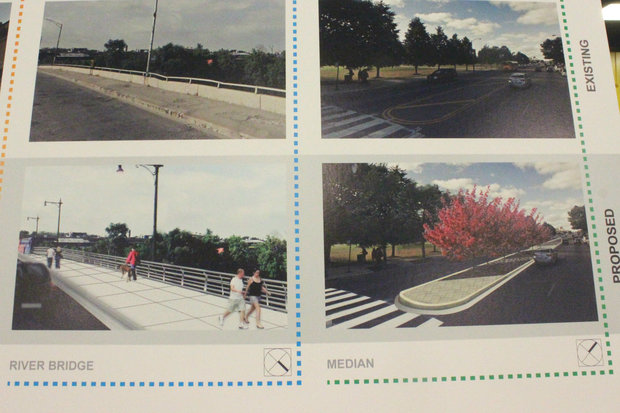 Improvements also include rehabbing the Western Avenue bridge over the Chicago River.

After reviewing the plan for Western at Monday's open house, Rob Pummell and Jeffrey Murray, who live in the shadow of the overpass off Belmont, said they were more than willing to put up with short-term pain for long-term gains.

"We'll deal with it, we're totally behind it," said Pummell. "I know it's going to take awhile but it will be good for property values."

Murray was pleased to see renderings of Western Avenue with trees, making it more presentable than "ugly Western."

"Sometimes progress hurts," Murray said. "People are just going to have to accept this is a big undertaking. Probably in the beginning there will be some frustration. In the end ... it will enhance the area." 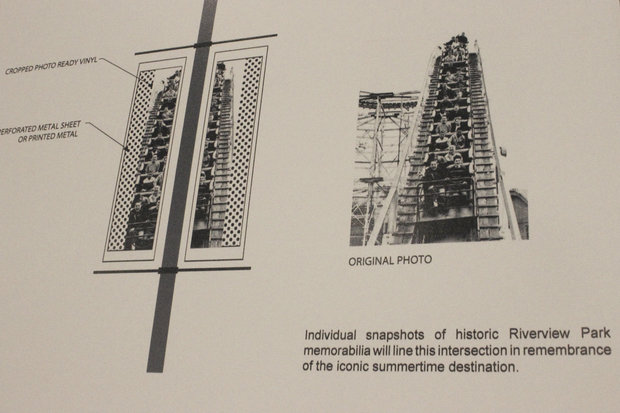 The design of the new Western Avenue incorporates historical nods to the now-defunct Riverview Amusement Park, the existence of which is why the Western-Belmont overpass was built in the first place.