EDGEWATER — Exactly 70 years ago Thursday — and before "Making a Murderer" told the story of Steven Avery and Brendan Dassey as they are accused and (spoiler) convicted of murder — there was another, similar story unfolding on Chicago's North Side.

It's a tale of the horrific abduction, murder and dismemberment of 6-year-old Suzanne Degnan from her Edgewater bedroom on Jan. 7, 1946, and about William Heirens, a 17-year-old boy at the time who many have argued was coerced into giving a false confession for the murder, plus two others.

The Chicago-style interrogation method, known as the Reid Technique, began in Chicago around the time Heirens was arrested and was also used to extract confessions from the accused in "Making a Murderer."

Heirens died March 5, 2012, at the University of Illinois Medical Center in Chicago. At the time of his death, he was one of the longest serving inmates in Illinois.

After she was kidnapped from her bedroom at 5943 N. Kenmore Ave., which faces the driveway of the historic Colvin House, she was killed, dismembered in the laundry room of 5901 N. Winthrop Ave., and her killer left a trail of body parts in nearby sewers.

The day she was reported missing, her head, torso and legs were found throughout the neighborhood. More than a month later, her arms were discovered, too. Her funeral was held at St. Gertrude’s Church on Jan. 11 with an estimated 1,300 people in attendance, according to the Edgewater Historical Society.

Though no valuables were taken from Brown's apartment, someone had written on a wall in Brown's lipstick:

"For heavens
Sake catch me
Before I kill more
I cannot control myself."

LeRoy Blommaert, a member of the Edgewater Historical Society, said though he lived on the city's West Side at the time, he remembers hearing of the crimes and a wave of fear that washed over his neighborhood and others.

"It is difficult today to imagine the terror this abduction and murder struck into the minds of children of the time, to say nothing of their parents," Blommaert wrote for the historical group at the 65-year anniversary of the crime.

"Suzanne was a child — a very young child. And there is something about the murder of a child that is more shocking and repelling than that of an adult." 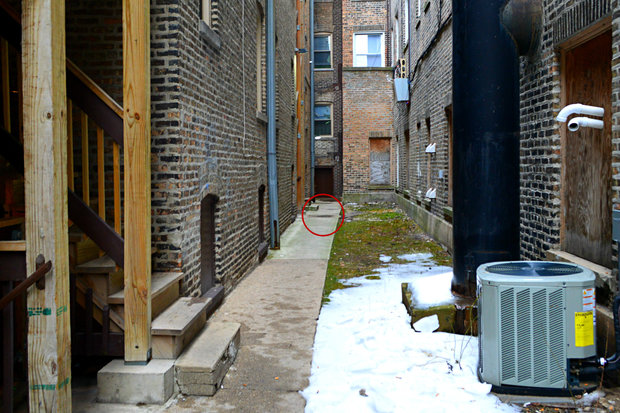 A catch basin near the end of a back walkway for a private apartment building where Suzanne Degnan's head was found the day she was reported missing. [DNAinfo/Linze Rice]

What happened next would ultimately become a precursor to other now-famous cases, like Avery's.

In June 1946, Heirens was arrested after attempting to burglarize an Edgewater home. Cornered by police and brandishing a gun, a Chicago Police officer dropped three flower pots on his head to subdue him, according to reports. He lost consciousness.

Heirens was taken first to Edgewater Hospital where he was bandaged, before being taken to Bridewell Hospital, adjacent to Cook County Jail.

There, he was strapped to a bed for days, according to the historical society, and given injections of sodium pentothal, which was once considered a "truth serum" because it weakens a subject's brain functioning, but is now more commonly used as a short-term anesthetic or as a lethal injection drug. The drug was given without his consent and he was questioned without his lawyer or parents present. He was also given a spinal tap without anesthetic, according to a profile of Heirens in Gentlemen's Quarterly.

On July 12, 1946, Heirens was finally charged with assault with intent to kill, robbery, 23 counts of burglary and three counts of murder, according to GQ. He was taken to Cook County Jail.

Heirens' lawyers worked in tandem with the State's Attorney's office and encouraged him to take a plea that required Heirens to give a confession to all three murders in exchange for a concurrent sentence.

When the time came to publicly confess, Heirens instead reverted back to his original story of having no knowledge of the crime. His plea was then changed to three consecutive sentences.

He later said he agreed to the plea in order to avoid a death sentence, believing he could later prove his innocence. 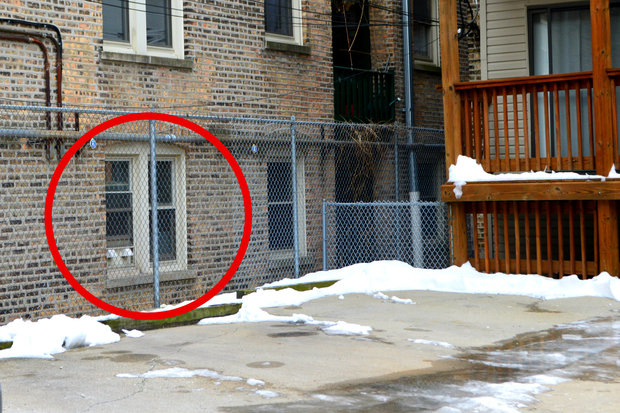 The laundry room of the building where Suzanne Degnan was dismembered. It's believed she may have already been killed elsewhere. [DNAinfo/Linze Rice]

By the time of his death, much of the evidence used to convict Heirens had been discredited.

According to the historical society, no evidence was presented to connect him with Ross. In a 2002 petition for clemency, Steven A. Drizin, an attorney at Northwestern University's Center on Wrongful Convictions, argued not only did Heirens' confessions not match basic facts of the crime, but physical evidence was also lacking.

Police found a fingerprint at Brown's apartment which they initially said did not belong to Heirens, but by trial time, they testified that it was his. Later, it was proved not to be a match. Handwriting experts also determined the penmanship found on the Degnan ransom note did not match Heirens'. Neither did the infamous lipstick message.

He also took two lie detector tests. At the time, investigators ruled the results as "inconclusive," according to the historical society, though researchers later discovered they showed he was being truthful. Today, researchers generally agree that lie detector tests are not scientifically supported.

Drizin said evidence pointed to another man, Richard Thomas, who had been dismissed by police as a suspect despite confessing to the Degnan murder.

Thomas was a nurse who Drizin said had the medical knowledge necessary to dismember a body. He also had a history of sexual abuse against his daughter and had been convicted of extortion and attempted kidnapping. In that case, a ransom note was used. Drizin said his experts believed Thomas' handwriting more closely matched the ransom note found at the Degnan house.

Thomas had been in the Chicago area at the time of the murders and had confessed to the crime to police after he'd wandered to Phoenix.

Once Heirens was caught in the vicinity of the Degnan home in the attempted break-in, Thomas was no longer a suspect.

Several books have been written on Heirens, who had always proclaimed his innocence. He was the first Illinois inmate to receive a college degree while in prison, according to the historical society.

Many authors, researchers, journalists and lawyers have provided evidence of doubt in Heirens' case. Blommaert said he believed Heirens "never would have been convicted today."

The historical society's report on the case raises serious questions as to not only Heirens' guilt or innocence, but as to what actually happened to the three women — if their murders were connected at all.

"What is beyond any doubt is that the abduction, murder and dismemberment of Suzanne Degnan was, and is, Edgewater’s most famous crime," Blommaert wrote in his report. "It was a national, indeed international, story. Nothing before it or since comes even close, and nothing is likely ever to surpass it… Let us all hope." 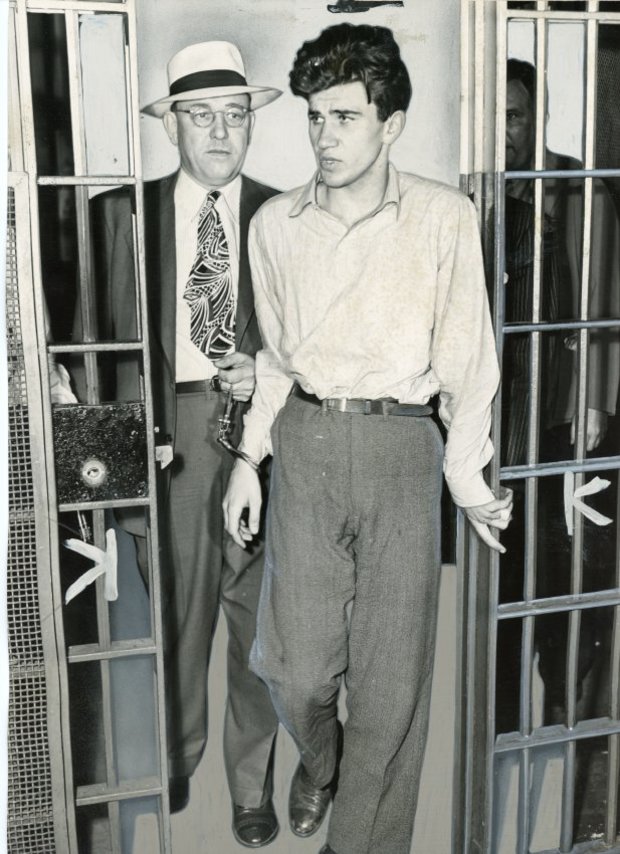 William Heirens said from the time of his arrest in 1946 until he died in 2012 that he didn't know who committed the murders. [Edgewater Historical Society]