CHICAGO — Four seasons into filming NBC's "Chicago Fire," Dick Wolf has made it clear that Chicago is his kind of town.

The television producer is behind three NBC shows — "Chicago Fire," "Chicago PD" and "Chicago Med" — that are responsible for about a quarter of the film permits filed with the city in 2015.

But as this map of film permits issued in Chicago during 2015 shows, television and film shoots go well beyond the Dick Wolf universe.

The map includes big studio television and film productions as well as a few independent films. It excludes small, student and advertising productions.

The "Chicago" theme was big in filming last year. Spike Lee's "Chi-Raq," a musical about gun violence that was inspired by the Greek play "Lysistrata," filmed all over the South Side and in Wicker Park. That movie was released in December and will be streaming on Amazon next month.

One of the city's most famous first dates — that of Barack and Michelle Obama — was the storyline of the movie "Southside With You," which will premiere at the Sundance Film Festival later this month. Film locations for that movie included Hyde Park, where Barack Obama once taught, and Altgeld Gardens, where he once was a community organizer.

The pilot for "The Chicago Project," a Showtime drama about the South Side created by Chicago natives Common and Lena Waithe, was also filmed last year. Showtime has also continued to film Canaryville-based "Shameless," largely on the West Side. That show starts its sixth season Sunday.

Other major productions that filmed in Chicago in 2015:

• "The Boss": One of comedy's biggest names, Melissa McCarthy, stars in "The Boss" set to be released in April. In May, the film shoot transformed Lakeview's Matilda bar into "El Burrito Sabroso."

Out with the old, in with the new!Come in to celebrate our temporary transformation for a movie shoot through...

Posted by MATILDA-babyATLAS on Friday, May 8, 2015

• "Suicide Squad": Unlike the "Batman v. Superman" filming from 2014 when the city played both Metropolis and Gotham City, this comic book-based production didn't quite take over Chicago. Downtown Chicago, however, may make a cameo when this movie is released in August.

• "The Headhunter's Calling": The film features Gerard Butler of "300" fame.

• "Who Gets the Dog?": Alicia Silverstone stars in this independent film.

• "Game Day": The movie is about the fall of a tech entrepreneur played by Elizabeth Alderfer, and her redemption, aided by a high school basketball player played by Romeo Miller. 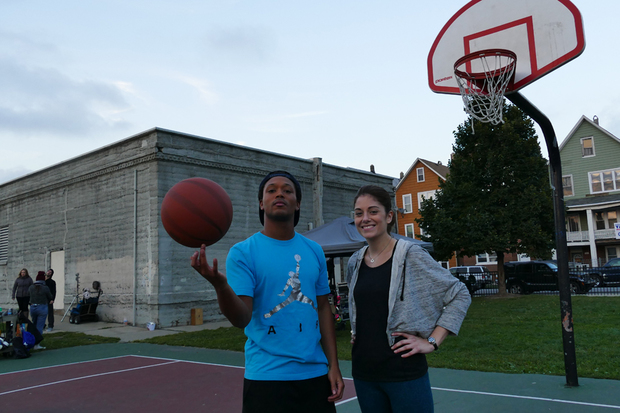 Elizabeth Alderfer and Romeo Miller filmed in Davis Square Park in Back of the Yards as well as Bronzevile and Hyde Park. [Game Day/Morgan Jensen}

• "Who Gets the Dog?": Alicia Silverstone stars in this independent film.

• "Win It All":  "Drinking Buddies" director Joe Swanberg turned his attention to Lincoln Square when filming this one. 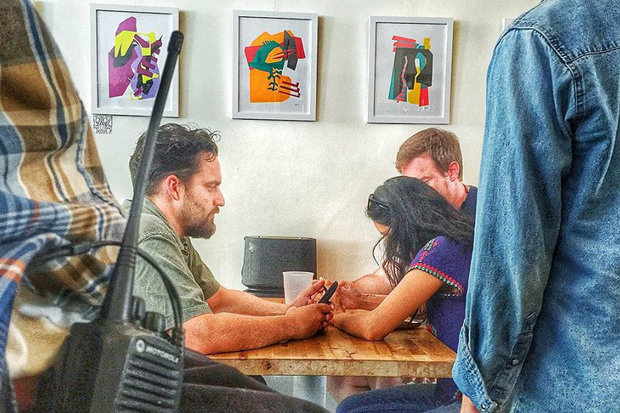 • "The Girlfriend Experience": A Starz show about high-end escorts with a character who is "a second-year student at Chicago-Burnham Law School and a new intern at the prestigious firm of Kirkland & Allen."

• "Runner" and "Love Is a Four Letter Word": These two television pilots were passed on by ABC and NBC respectively.

• "Empire": The Fox show about the recording industry was one of the biggest television shows to debut last year.