RAVENSWOOD — Lincoln Square, North Center and Ravenswood have become magnets for young families, in large part because of the area's highly regarded schools, both public and private.

On the flip side are residents with deep roots in the community — people who were born in the neighborhood, raised their children here and are now retired.

A proposed senior housing development, situated across a soccer field from the new Lycee Francais, would bring the two groups together on a single campus, in the footprint of the former Ravenswood Hospital.

On the table: a renovation of the old Ravenswood Neurological Building, 4501 N. Winchester Ave., to create 200 units of affordable housing for seniors.

It's the only use for the property, the lone remaining hospital parcel, that Ald. Ameya Pawar (47th) had said he would approve.

Though the proposal will come up for review Thursday by the ward's zoning advisory committee, and a community meeting will be scheduled to discuss the project's particulars, Pawar has already stated his support for the concept, having quashed previous proposals for market-rate rentals on the property.

"This is the one development where I'm going to do what it takes to make it happen," the alderman said.

At the same time that the 47th Ward has become increasingly desirable to home buyers — a recent report in Chicago magazine showed that median sales prices had jumped $100,000 in a 12-month period — Pawar said he's consistently fielded concerns from seniors about the lack of affordable or supportive living options.

"A lot of people moved here 40 to 50 years ago and they'd like to stay a part of the community," but apartments are either too expensive or don't offer the types of services seniors require, he said.

Access to public transportation, like the Damen Brown Line station and returning No. 11 bus, groceries (Mariano's) and the Levy Senior Center, made the former hospital site particularly suitable for senior housing, as did the parcel's size, he said.

"There aren't any other sites this large, it's one of the only sites where something substantive can be done for seniors," said Pawar.

The proximity to Lycee Francais, which opened in September, offered another benefit: the opportunity for young and old to come together, whether that be seniors volunteering at the school or vice versa.

"I think the intergenerational tie with Lycee ... makes for a great campus," Pawar said.

The development being pitched for Winchester Avenue would adapt the existing 10-story building. Renderings show more windows, added design flourishes and a filling out of the building's shoulders, according to a summary provided by the project's architects and posted on the 47th Ward's website.

A total of 200 units would be split between five floors of supportive living (95 studios and 25 one-bedrooms) and five floors of affordable senior apartments, with rents for these one-bedroom units maxing out at $812.

Depending on zoning approvals and permits, renovation work could begin in August and wrap up in fall 2017.

Founded in 1907, Ravenswood Hospital eventually grew to encompass several buildings, including residence housing for nursing school students. After the hospital's controversial closing in 2002, a pair of those buildings were converted to apartments and medical offices.

Lycee Francais, which had long outgrown its rented digs on Irving Park Road near the lakefront, bought the main hospital building and began the lengthy demolition and asbestos abatement process in late 2012. 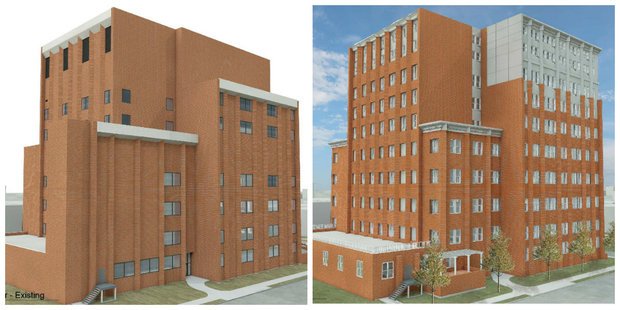 Renderings of the senior living building from the northwest view: existing and proposed. [All images by Worn Jerabek Wiltse Architects] 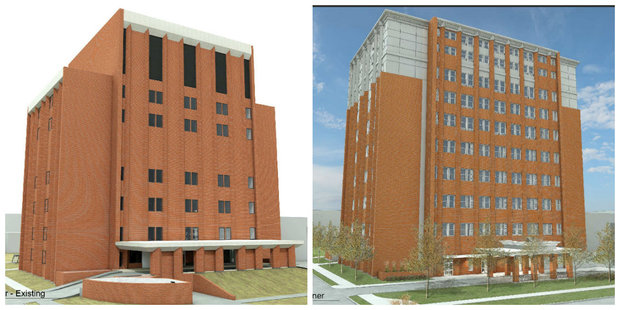 Renderings of building from the southwest view: existing and proposed. 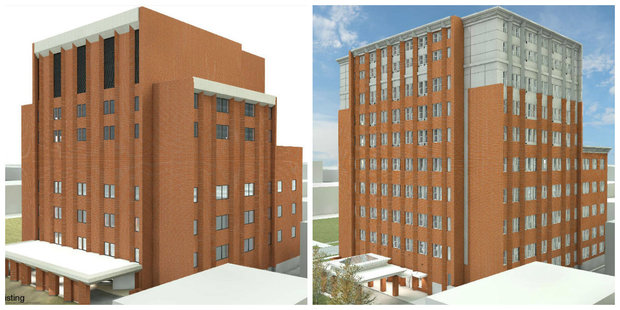 Renderings of building from the southeast view: existing and proposed. 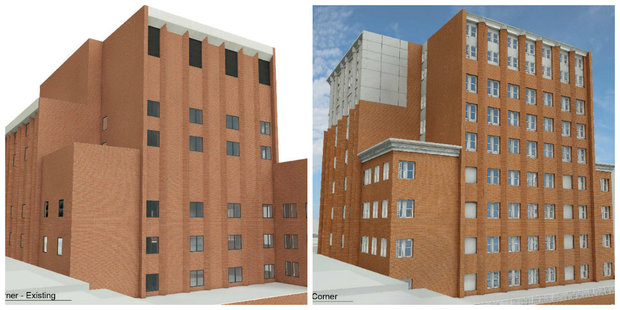 Renderings of building from the northeast view: existing and proposed. 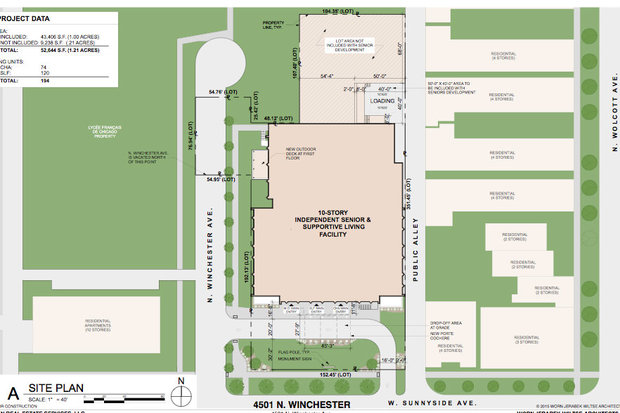 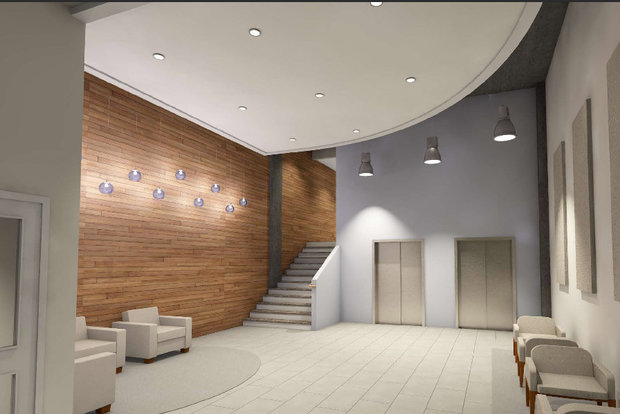 A rendering of the building's lobby.