Around 1:50 p.m., a 26-year-old man was in a car near the corner of Bell Avenue and Argyle Street when a Honda Civic drove up and someone inside began firing shots, said Officer Michelle Tannehill, a Chicago Police spokeswoman.

Car crash debris and crime scene tape was seen at the intersection later in the afternoon. The car apparently smashed into fence outside an apartment building on the quiet, one-way street.

The victim was struck in his lower back and taken in serious condition to Illinois Masonic Medical Center, Tannehill said.

Neighbors in the area told DNAinfo Chicago that police had said the incident began on Lawrence Avenue where rival gang members saw each other, before turning onto the side street. Police reportedly told neighbors that two people were injured in the shooting and one person was able to drive to the hospital of his/her own accord, though the Police Department's news office could not confirm a second gunshot victim Wednesday evening.

Molly, who declined to give her last name, said she was at home during the shooting and heard three gunshots. She looked outside and saw a young man walking around erratically near the building that is now taped off, she said.

Neighbors said they were concerned about what they called increased gang activity in Winnemac Park. Another nearby resident, Heather, who did not give her last name, said the shooting reminded her of the March 2015 murder that happened in the alley behind Argyle, near Wednesday's crime scene. At the time, Ald. Patrick O'Connor said the victim, 21-year-old Dushanti Hassell, was a member of the P-Stone Nation street gang.

"I'm kind of in shock," Heather said, adding that police called the 2015 shooting an isolated incident involving gang members from outside the neighborhood. "Who knows what this is? You hear about it more and more, anywhere. You're not isolated from it."

No one is custody for the shooting. 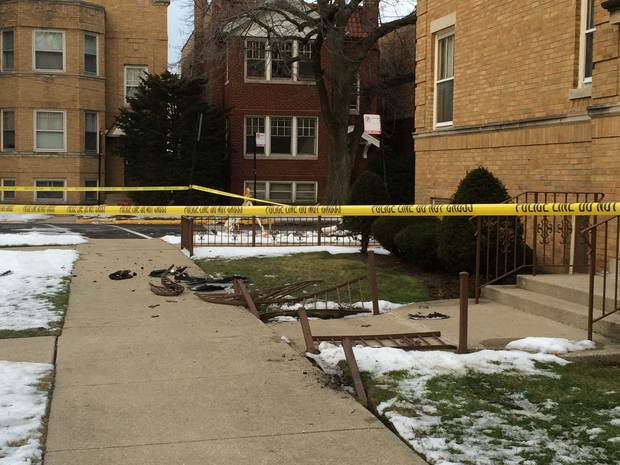