MORGAN PARK — The Chicago Police Department and Chicago Fire Department will take their rivalry to the ice on Jan. 23.

Hockey teams representing both departments will play a charity game at 6 p.m. at the Morgan Park Sports Center, 11505 S. Western Ave. Tickets cost $10 and will be available at the door. Children age 12 and younger are free to attend.

"We really develop some good friendships and put aside the 'copper' stuff and 'fireman' stuff," said Rob Thompson, a firefighter who has played on and off for his club since joining the fire department 17 years ago.

The game raises money for the 100 Club of Chicago, a charity that provides financial assistance to families of first responders who have lost their lives in the line-of-duty.

The 100 Club was one of several charities who came to the aid of the family of fallen Chicago firefighter Daniel Capuano last month. Capuano, 42, of Mount Greenwood died after falling down an unmarked elevator shaft on Dec. 14. He was battling a smoky warehouse fire in South Chicago. 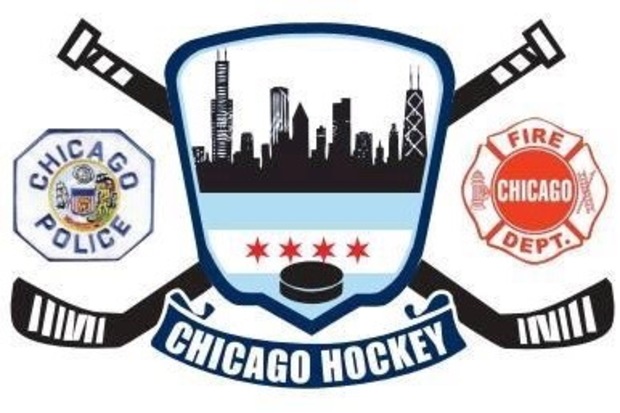 Hockey players from the Chicago Police and Fire Departments will face off at 6 p.m. on Saturday, Jan. 23 at the Morgan Park Sports Center. Tickets cost $10.

Capuano left behind a wife, Julie, and three children — Amanda, 16, Andrew, 13, and Nicholas, 12. Thompson said organizers of the game would like to honor Capuano's family during the upcoming matchup.

Capuano's sons also play for the St. Jude Knights Hockey Club, and their dad was a volunteer coach who tended to the team's off-ice training facility in suburban Crestwood.

Hockey players from the fire and police departments play regularly for charity. Their last matchup was in July. At a tournament in March in suburban Bensenville, teams from the two camps combined to raise $5,000 for charity, Thompson said.

The upcoming game will also include an after-party from 8 p.m.-midnight at McNally's, 11136 S. Western Ave. in Morgan Park. A wristband to the post-game festivities costs $25 and includes pizza and beer.

Thompson expects a good crowd at both the game and the after party. He seemed to be joking when he refused to vouch for the quality of hockey fans can expect to see on the ice. But he was clear that the event promises to be a family-friendly affair regardless.

"And it's cheaper than a Hawks game," Thompson said.