LINCOLN SQUARE — Wanna know why it took so long for Roots Lincoln Square to open?

Apart from the outer shell, nothing remains of the former Chicago Ale House.

Walls were moved, the basement was dug up and "we even ripped the floor out," said Greg Mohr, who co-owns Roots with business partner Scott Weiner.

Owning the building, at 2200 W. Lawrence Ave., made the "sticker shock" of a 100 percent gut rehab slightly more palatable, he said, knowing they'd be ultimate beneficiaries of any improvements to the property.

With Roots open as of Saturday in Lincoln Square, inquiring minds now want to know, whither the Lakeview Roots? 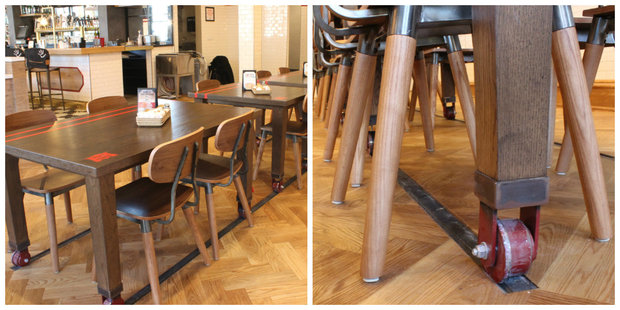 The most unusual feature at Roots Lincoln Square: a handful of tables set on casters and can roll on rail-like tracks. (Don't worry, there are brakes).

The tables are branded with the Rock Island Railroad logo, a nod to Mohr's Quad Cities' upbringing.

But there's more to this story.

Mohr's stepfather is a train buff and has built a huge model railroad that includes miniature replicas of all of Mohr's restaurants, down to tiny details like delivery trucks. At Roots, Mohr returns the favor.

"This is my shout out to the Rock Island line and my stepdad," Mohr said. 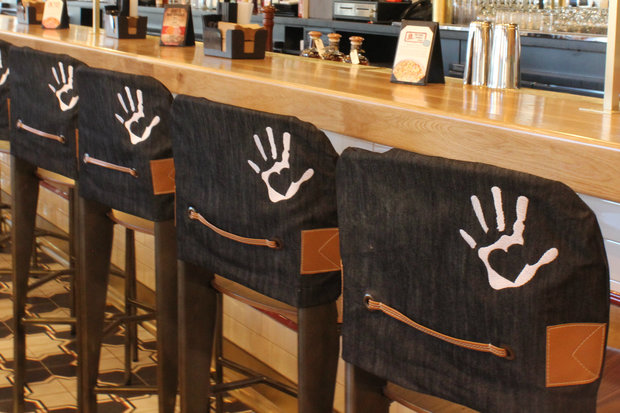 Co-owner Greg Mohr designed the interior of the original Roots on Chicago Avenue but for the Lincoln Square location, he and partner Scott Weiner called in Ravenswood-based design firm blocHaus.

"It's all about layers and layers," said Mohr. "If you're sitting in different parts of the restaurant, you'll see new things." 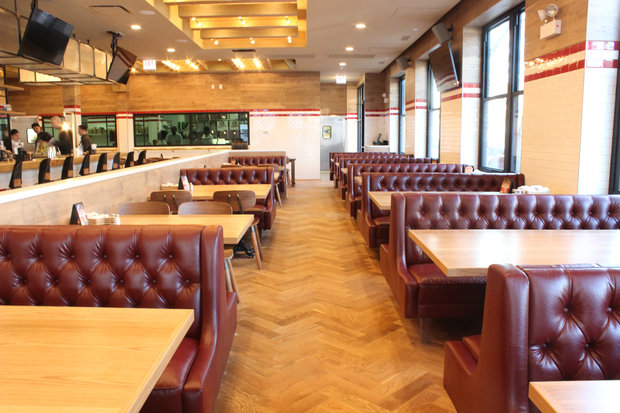 "We had this beautiful brick to work with" at Chicago Avenue, Mohr said. "You don't mess with that."

Early adopters of the reclaimed-wood, rustic aesthetic that's since been widely imitated, the Roots team wanted to move in a different direction for its second pizzeria, Mohr said.

With Roots 1.0 proving unexpectedly popular with families, Roots 2.0 was designed to be durable enough to take a pounding from toddlers (hence all the booths) while remaining "sexy" enough for a casual date night, he explained. 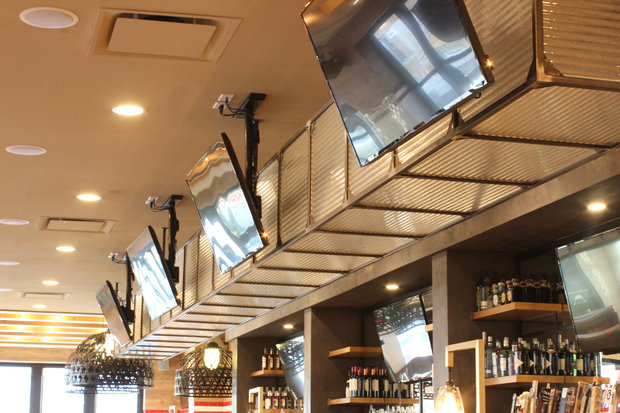 More TVs were added after the fact at the Chicago Avenue Roots based on customer demand. Lesson learned. Thirteen television sets dot the walls at Roots Lincoln Square, but Mohr said, "We don't consider ourselves a sports bar." 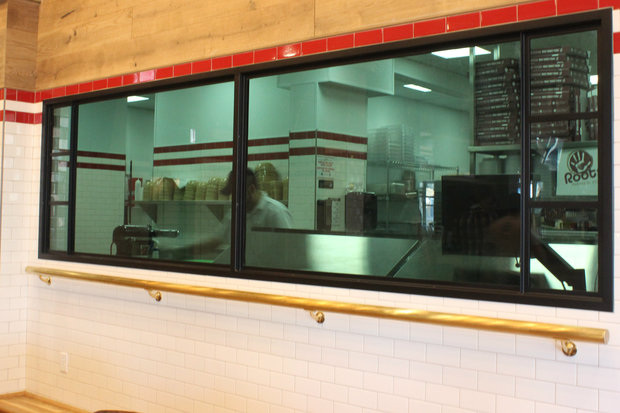 Curiosity might draw diners to Roots during its opening weeks, but it's what happens in the kitchen — on view from the rear of the restaurant — that will keep them coming back

Executive chef/partner Martin Arellano, who was Roots' opening chef in 2011, is at the helm at Lincoln Square.

In the time that it took Roots to get off the ground on Lawrence Avenue, a Lou Malnati's has opened in the neighborhood. Mohr said there's plenty of room for both.

"It's completely different," he said of Roots' signature Quad Cities pies. "We're our own unique style." 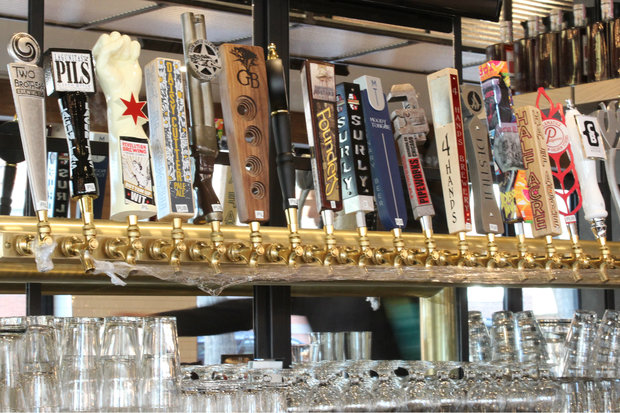 Roots serves Midwest beers exclusively. Five are always on tap, including the house beer brewed by Two Brothers, Half Acre's Daisy Cutter and Revolution's Bottom Up Wit. Another nine taps are devoted to specific breweries including Pipeworks, Surly, Founders and Destihl. Eight taps rotate among a variety of breweries. 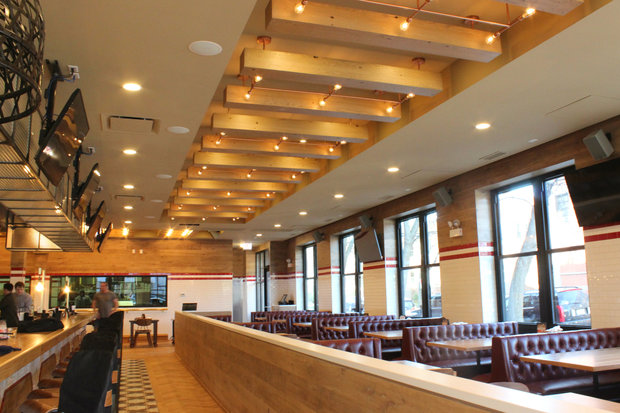 Co-owner Mohr has one unbreakable rule of design: no drywall. Look around Roots Lincoln Square. Not a painted bit of wall.