Big Cheese Is Out, Ramen Is In: Elizabeth Chef Coming to North Center

NORTH CENTER — After spending nearly a year building a yet-to-open bakery from the ground up, Elizabeth chef Iliana Regan has opted to cut bait on another fixer-upper.

Her planned Japanese-inspired restaurant, previously announced for the former tire shop next to the Michelin-starred Elizabeth on Western Avenue, will make its home instead at the North Center address just vacated by the Big Cheese, 4229 N. Lincoln Ave.

Regan hopes to have her newest venture, dubbed Kitsune, ready by spring after making some cosmetic changes to the storefront.

Originally billed as a ramen shop, the concept for Kitsune has expanded to encompass a wider range of Japanese-inspired dishes.

"We will focus on some of the Japanese methods for our own Midwestern ingredients," Regan told DNAinfo via email. "You'll find our own quirky twists, ingredients sourced from the farms and fields."

A preliminary menu has already been posted online, featuring "snacks" like chicken dumplings; ramen, which Regan said may change weekly or monthly; and sides like kimchi.

The centerpiece is a washoku menu, which is the most traditional, indigenous style of Japanese cuisine, emphasizing the flavors and textures of seasonal ingredients.

The switch in locations for Kitsune came after a string of contractors and architects determined that converting the tire shop to a restaurant would cost nearly a half-million dollars, Regan said.

"While the proximity for a new restaurant literally next door was priceless, I couldn't imagine undertaking the financial burden," she said. "Also we would end up with potential delays, as we have with Bunny."

Bunny is the microbakery Regan has been planning since January 2015 and is aiming to open in Lakeview by the end of next month.

"We were converting a space which was never a restaurant before," she said of Bunny. "So the city was interested in having much more details on some of our architectural prints. There was a lot of paperwork involved and back-to-the-drawing board situations."

Facing a similar challenge with the tire shop on Western, Regan returned the lease to the landlord and settled instead on the Big Cheese location, which is move-in ready. 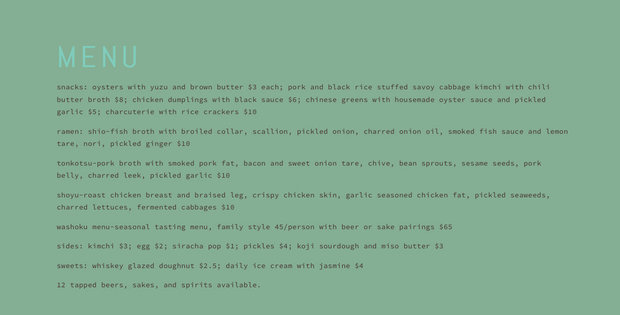