From the Loop to Gold Coast, the Faces of Wednesday's #ResignRahm March

DOWNTOWN — Hundreds of protesters shut down some of Chicago's busiest streets Wednesday, saying they're tired of hearing Mayor Rahm Emanuel's apologies, preferring a resignation instead.

The protesters started at Daley Plaza, 50 W. Washington St., at noon Wednesday before "sitting in" at various intersections all afternoon blocking traffic from Congress Parkway to North Avenue.

The Downtown rally, which protesters say will continue until Emanuel and state's attorney Anita Alvarez resign in the wake of the Laquan McDonald shooting video, drew the attention of media, Loop office workers and even inmates incarcerated at the Metropolitan Correctional Center, 71 W. Van Buren St.

Here are some of our favorite photos from Wednesday's protest: 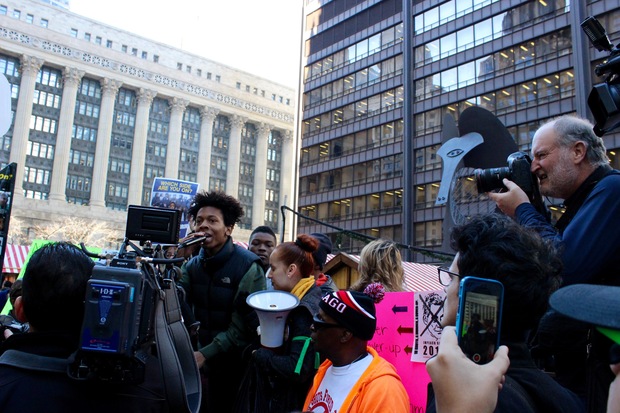 Lamon Reccord addressing the crowd at the beginning of the rally. [All photos by DNAinfo/David Matthews] 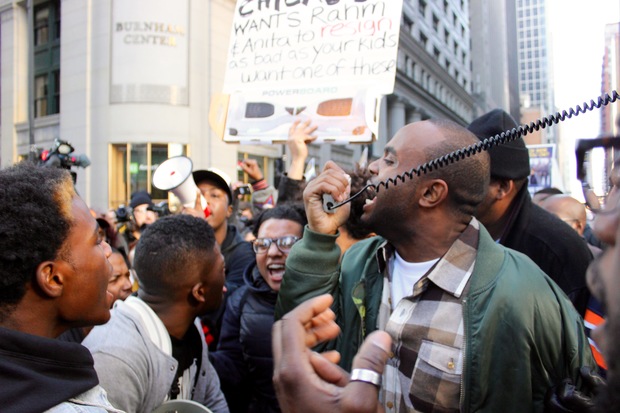 A protester grabs the mic by the Burnham Center, 1 W. Washington St. 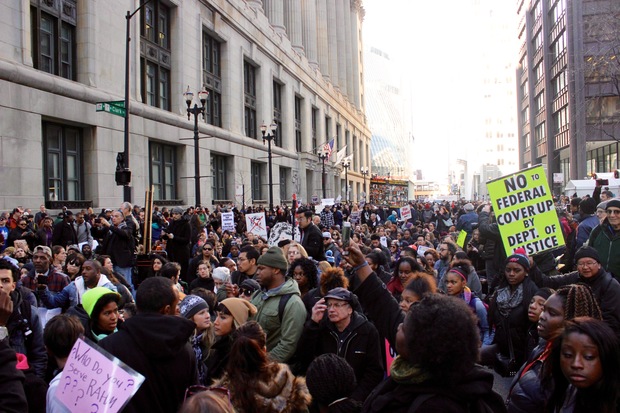 A "sit-in" on Clark Street between the Daley Center and City Hall. 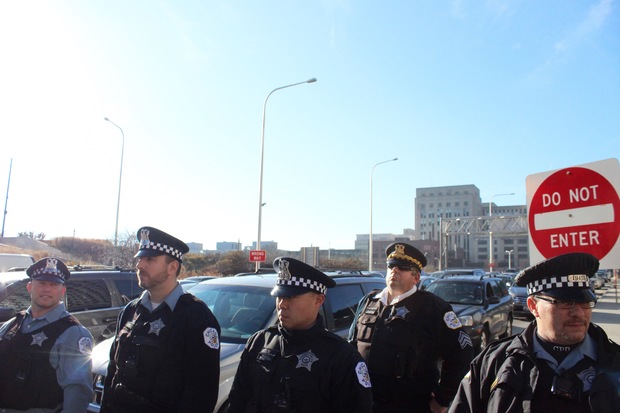 Police blocking traffic on Congress Parkway at Wells Street, where protesters also shut down the block. 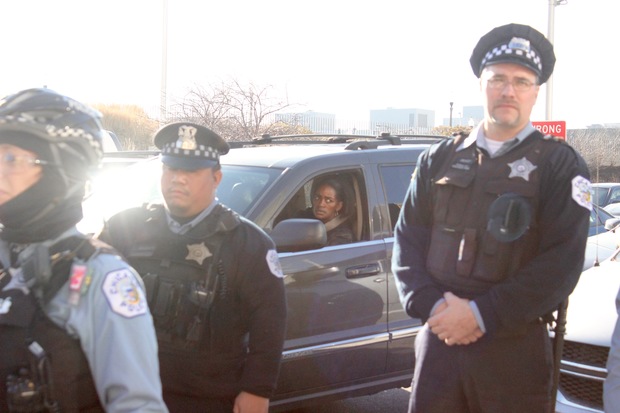 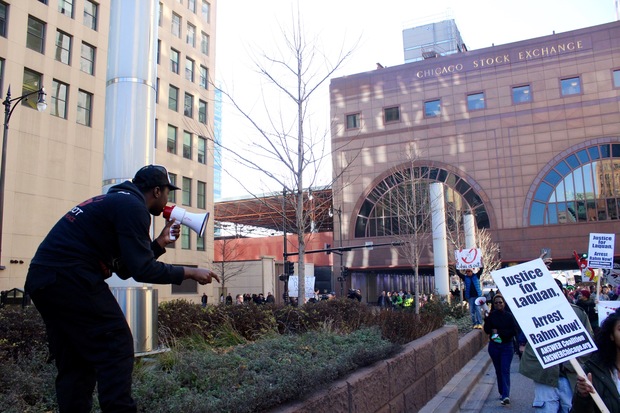 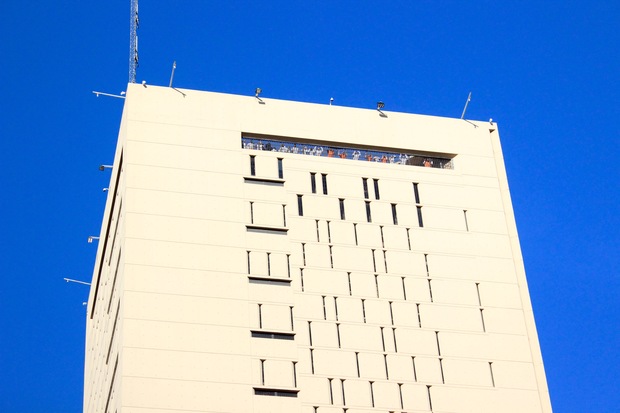 Inmates at the Metropolitan Correctional Center watching the protest below. 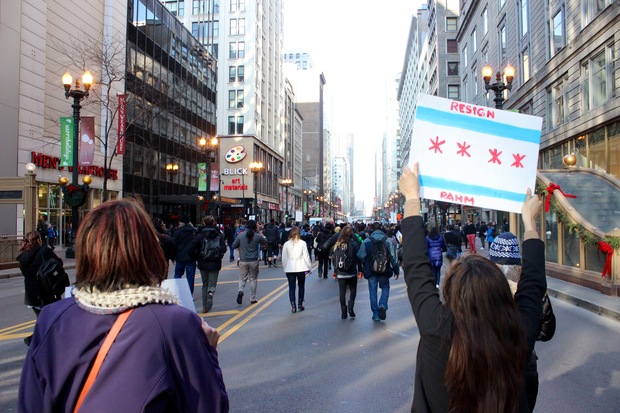 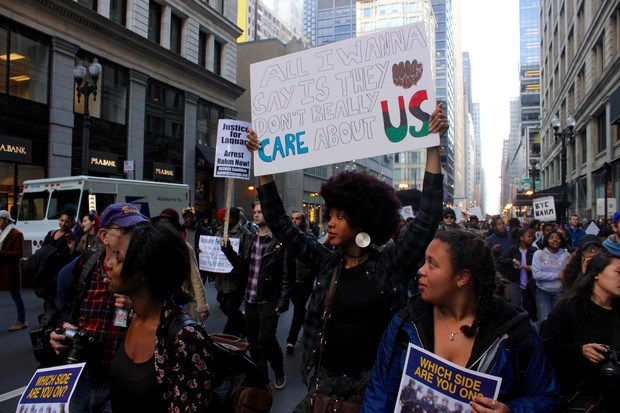 And east on Randolph Street. 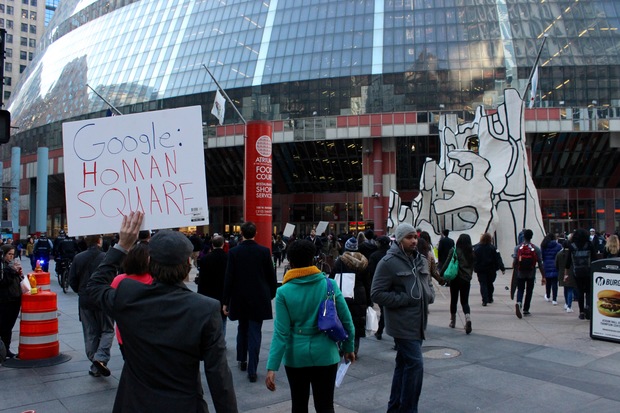 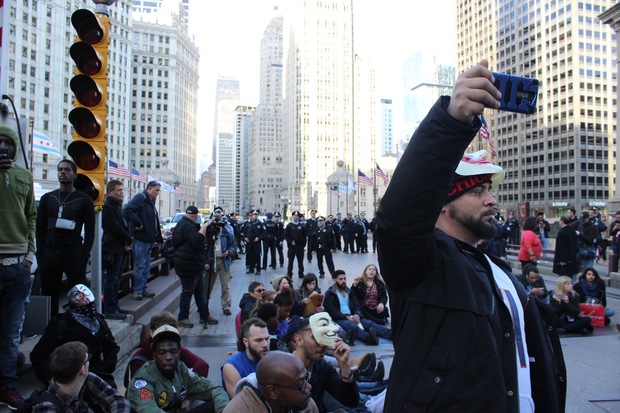 Police look in on a sit-in at Michigan Avenue and Wacker Drive. 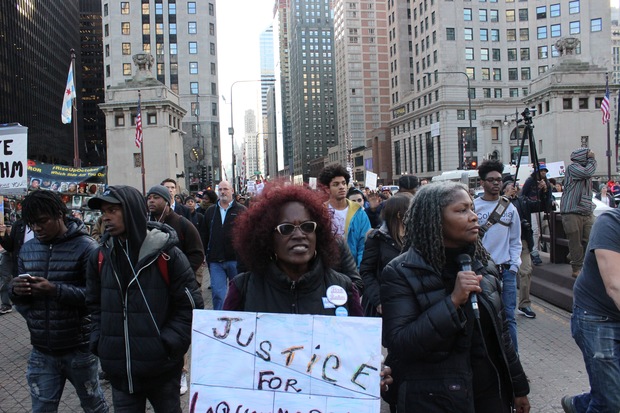 Dr. Valerie Johnson, right, with the mic as the protest proceeds along North Michigan Avenue. 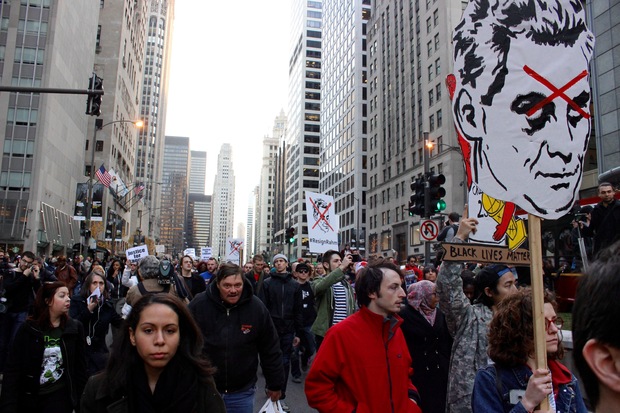 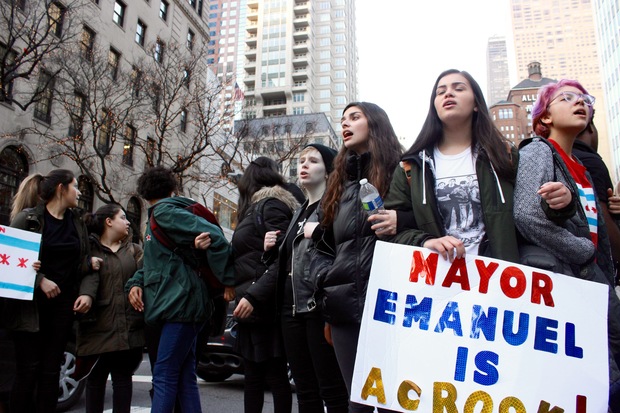 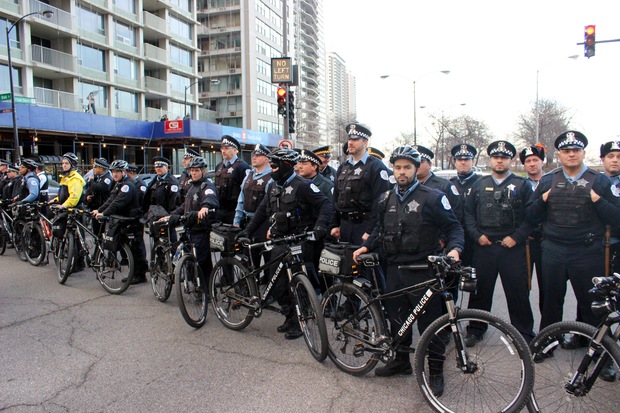 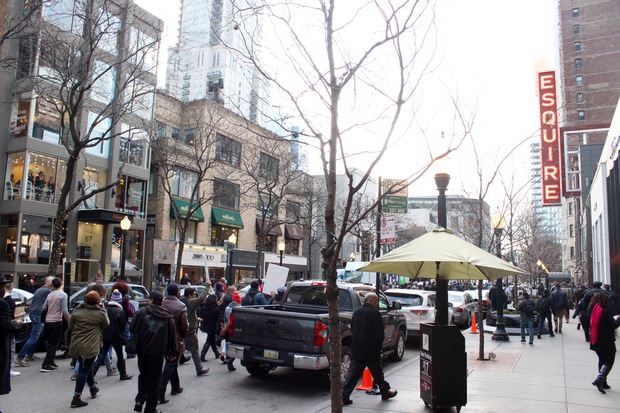 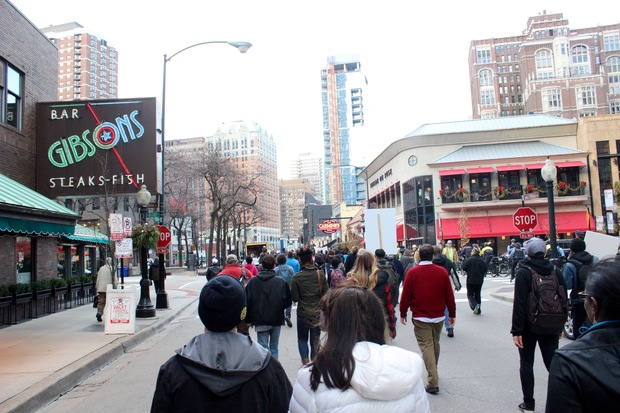 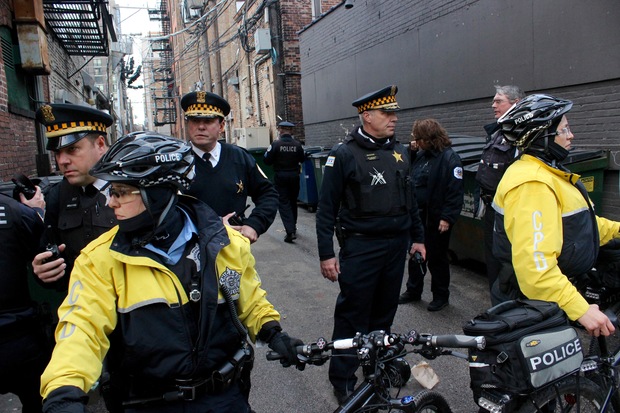 Near North Police Cmdr. George Devereaux (back left) and Central District Cmdr. Alfred Nagode (back right) survey the scene from an alley on Division Street in the Gold Coast. 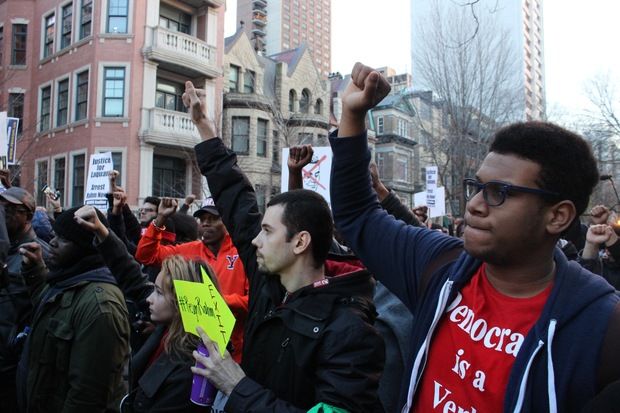 Protesters demonstrating on North Dearborn Street in the Gold Coast. 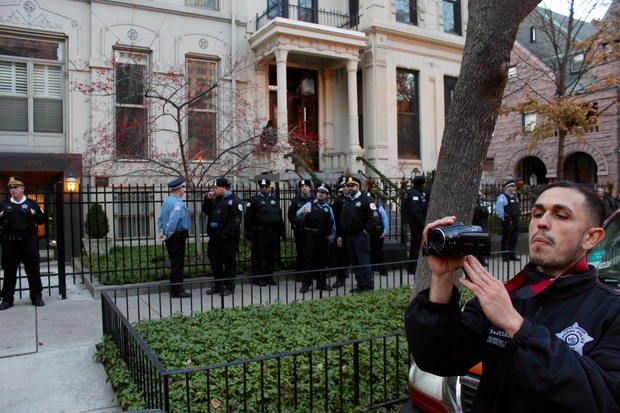 A police officer surveilling the Gold Coast protests while colleagues look on from nearby.