Behind the Davis Theater's Fake Ceiling, Its Former Grandeur Hides

LINCOLN SQUARE — The Davis Theater, which has gained a reputation for being slightly rundown, has been fooling us all these years.

Last week, as part of the first phase of a multimillion dollar renovation project, crews began demolishing the Davis' two rear theaters, which will be combined into a single large auditorium. 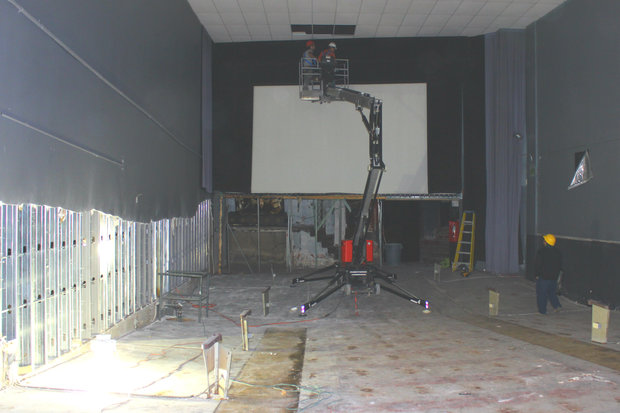 Seats have been removed, carpet ripped up and the walls are coming down as the Davis' two rear theaters are combined into one large auditorium. [All photos DNAinfo/Patty Wetli]

What they discovered as they tore away drywall and ceiling tiles took owner Tom Fencl's breath away.

Built shortly after World War I, in an era when theaters were designed more like palaces, the Davis has been significantly altered over the years. Despite an exhaustive search, Fencl had failed to unearth a single photo taken of the Davis' interior during its heyday. He and his renovation team had no idea if anything remained of what they presumed to be the theater's former glory.

His first glimpse of the Davis' historical appearance confirmed what Fencl had long suspected.

"Oh, this was beautiful at one time," said Fencl. "It's starting to show itself, what it was originally."

"We were expecting the worst. We were very surprised it's in as good a condition as it is," said Ryan Berrend, superintendent for Macon Construction, the lead contractor on the renovation job.

Fencl invited DNAinfo.com to have a look inside the theater for a sneak peek at some of the decorative flourishes that have been hidden from view for decades.

Riding a scissor lift 30 feet up from the theater's floor, we poked our head above the drop ceiling. Here's what we saw: Pitch blackness. Mercifully, Berrend brought a flashlight. 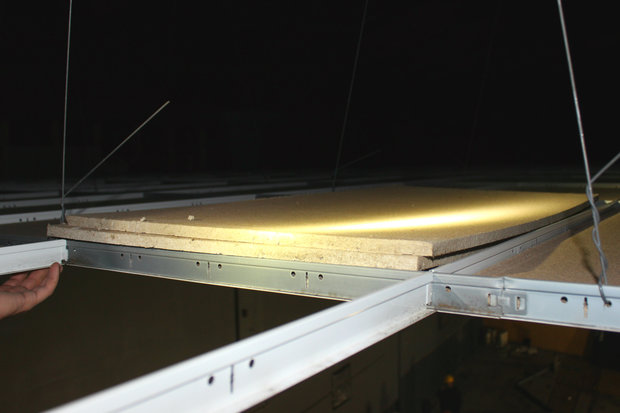 With the beam of his light, Berrend illuminated some of the intricate plaster detailing that dates back 100 years, revealing swags and urns, columns and molding. Not so shabby now, eh? 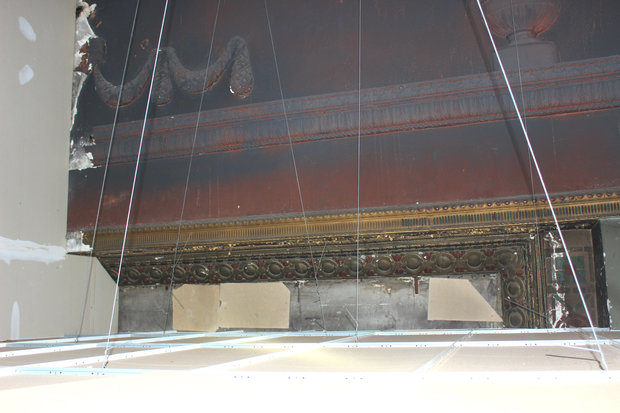 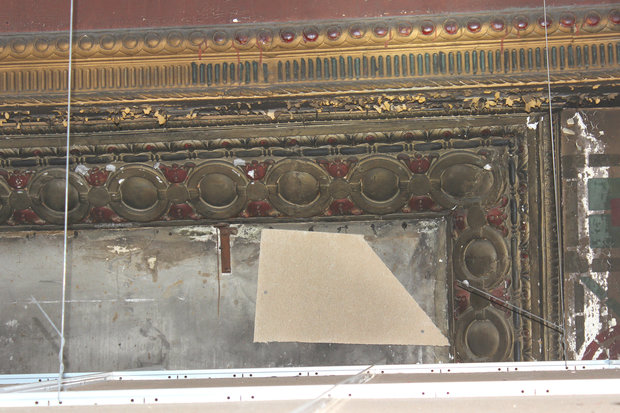 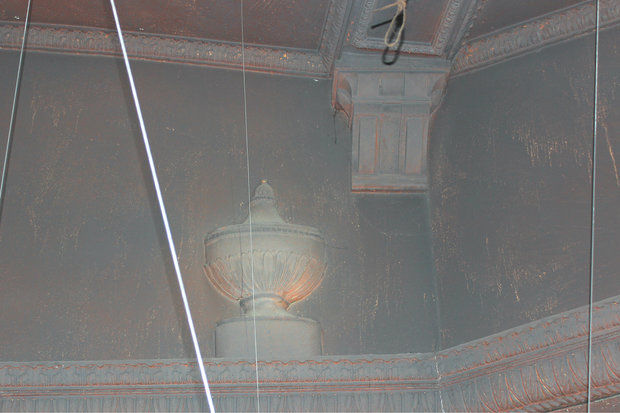 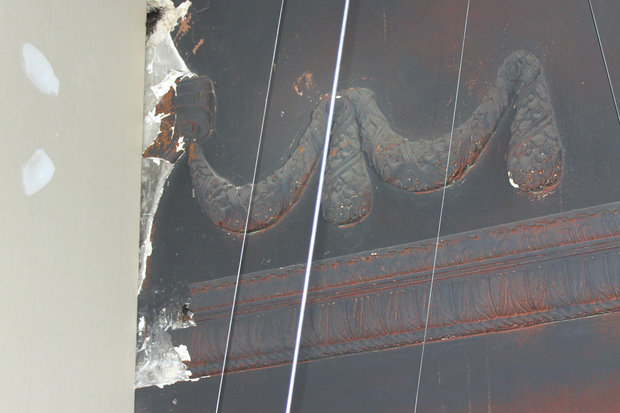 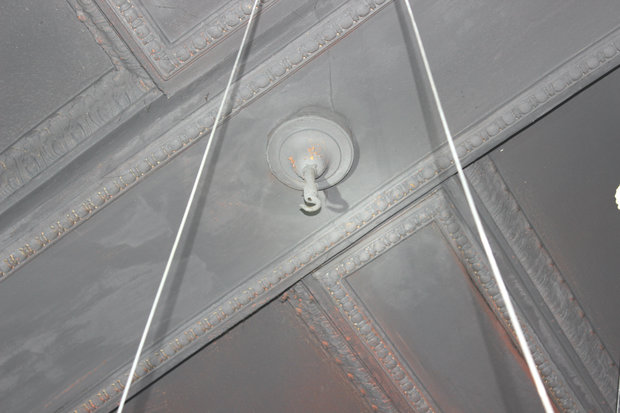 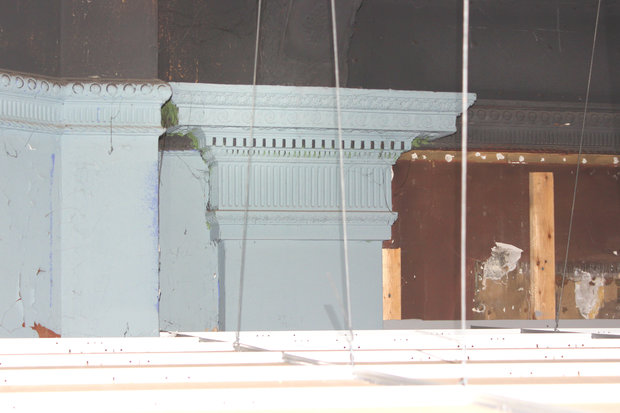 A fresco that once covered the theater's walls could be seen in patches. Much of the artwork has been painted over, several times, and to return it to its original state would require years of "Sistine Chapel-level" work, according to Berrend.

The Davis renovation will more likely "nod" to the theater's past than attempt a full-blown restoration, he said. 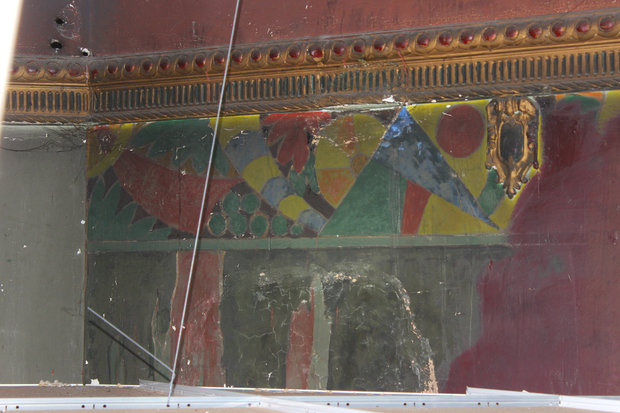 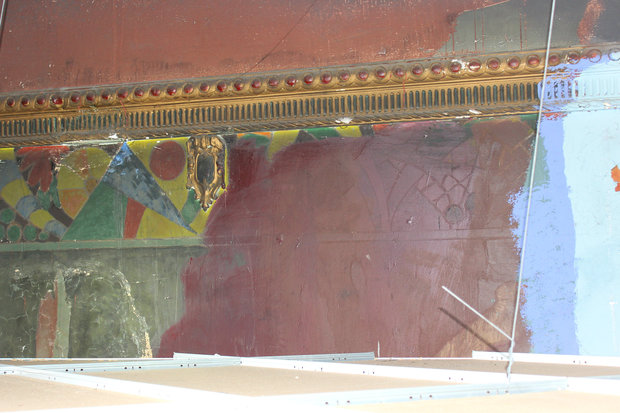 When the Davis first opened, it featured live performances. Here's evidence of the theater's stage. 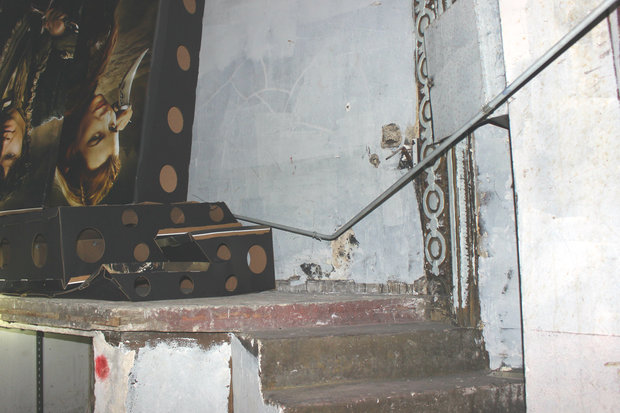 Forget Dolby, the Davis' original sound system was a 24-piece pipe organ. The pipes, long walled over, will be a prominent feature of the renovated auditorium theater. 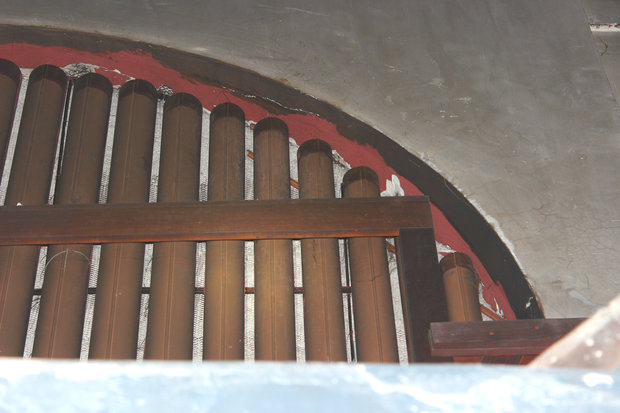 The theater renovation — a massive project in itself — is only half of what Fencl has planned for the Davis. He's also building a restaurant, lounge and bar behind these storefronts, which run parallel to the movie theater's screens. 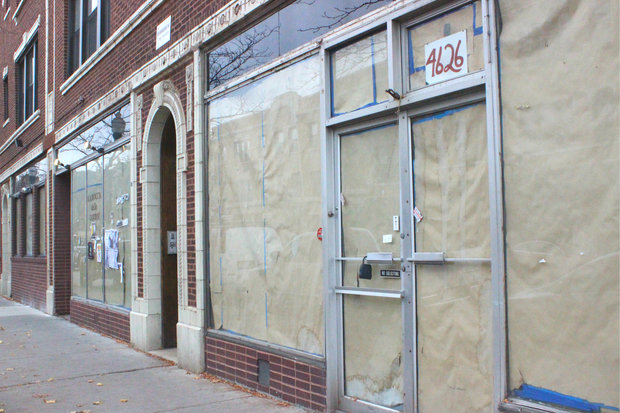 The storefronts have been stripped to their bones. New electrical, sewers, heating and air conditioning will be installed, in addition to all of the interior design work.

"At some point, I'll be living here," said Berrend. "The hardest part of this job is the tight time schedule ... making sure everyone gets the time and space to do their job." 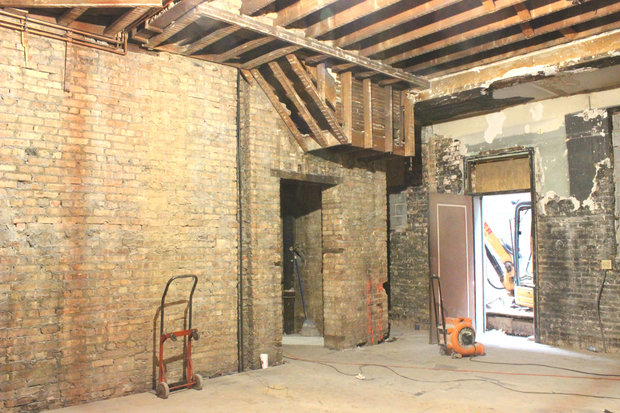 To the right is the building that will house the Davis' new restaurant and bar, to the left are the movie theaters. They'll be joined by a roof at the first-floor, 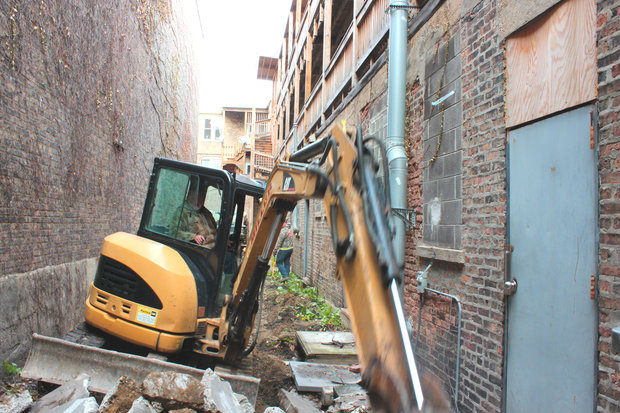 The Davis is still open during construction though, as evident by the marquee, the theater is down to two screens. Come January, the Davis will completely shut down — temporarily — while the front two theater are converted to stadium seating and a host of other upgrades take place. 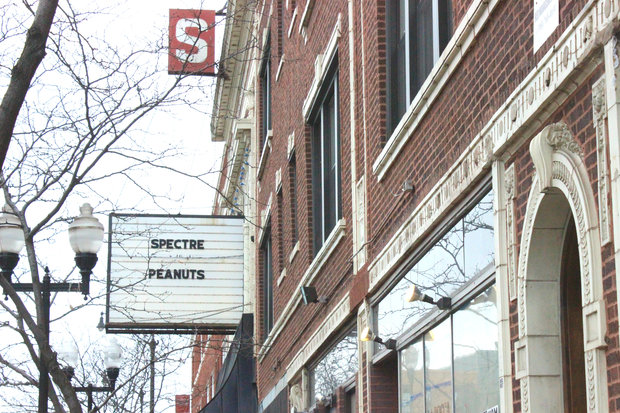